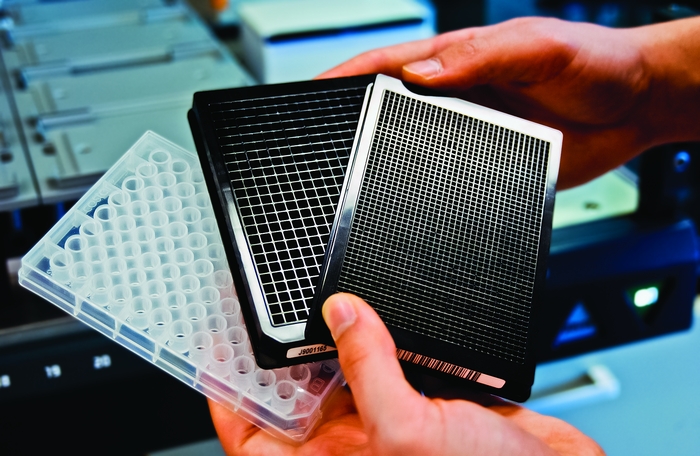 To reduce extensive animal testing and speed up safety evaluations, the Environmental Protection Agency’s Office of Pesticide Programs (OPP) is moving slowly but surely to incorporate data from high-throughput-screening assays into its risk assessments. Toward that goal, OPP is considering an integrated approach to pesticide testing and assessment. Several EPA officials presented details of the approach at a meeting of EPA’s pesticide scientific advisory panel in late May.

OPP’s integrated approach would combine existing toxicity and exposure information with refined exposure models, computational toxicology models, and high-throughput in vitro assays to narrow down the number of chemicals that need to undergo further testing, says John R. Fowle III, deputy director of OPP’s Health Effects Division. It would also involve developing hazard-based hypotheses about the potential toxicity and fate of a chemical on the basis of its physical-chemical properties.

“The approach allows us to incorporate various tools and types of information, and evolve as the science evolves,” Fowle says. “Our long-term solution is not generating more information faster, but it is really to identify what specific data for which chemicals, which exposures, and which populations are essential to assess risk,” he stresses.

“The expectation is that the research coming out of this program is going to provide some broad-reaching, game-changing results on how chemicals are tested, assessed, and managed,” says Elaine Z. Francis, national program director for pesticides and toxics research at ORD. The goal is to provide improved approaches to safety assessments and advanced tools that could help all EPA offices and centers make more-informed decisions, she says, including what chemicals need to be screened for endocrine disruption.

EPA drew up the first list of chemicals to be screened for endocrine disruption largely on the basis of exposure and multiple pathways of exposure. The agency selected the second list largely on the basis of drinking water and pesticide reregistration review priorities. “For the third list, we hope to use the information from high-throughput assays, quantitative structure-activity relationships, and exposure information,” Francis says.

EPA could also use high-throughput methods to help prioritize which of the 80,000 chemicals in commerce, most of which have only limited toxicity data, should undergo further testing, particularly with respect to reproductive and developmental toxicity.

OPP is keen to adopt new approaches to evaluating risks because it currently requires manufacturers to submit more toxicity data than any other EPA office. Pesticide producers have to conduct animal toxicity studies for numerous possible adverse outcomes, and consequently, EPA receives more data on pesticides than it can use in risk assessments.

“We are feeling that today’s paradigm of ‘let’s test for everything we can think of and add that on to what we thought of in the 1990s will eventually create a somewhat unsustainable process,” OPP Director Steven Bradbury says.

EPA is also finding that “the science is increasingly complex and changing,” Fowle says. “We have nanomaterials coming on board with some novel properties. We are also dealing with chemicals that disrupt hormones.”

The current testing practice “is very time-consuming and resource intensive in terms of both dollars and animal usage,” Fowle points out. It costs the pesticide industry at least $6 million to register a new active ingredient, and it costs EPA an additional $1.25 million or more and 15 to 36 months to review all those data, he says.

High-throughput assays could save EPA money and time. For example, EPA’s ToxCast program, which aims to predict the toxicity of thousands of chemicals through high-throughput, cell-based assays and computational methods, has screened more than 300 chemicals, mostly pesticides, by using about 500 assays over two years at a cost of $6 million, Francis notes. In contrast, it took more than 30 years and $2 billion to obtain the same information with traditional toxicity tests, she says.

Catherine Willett, associate director for regulatory testing for the activist group People for the Ethical Treatment of Animals, estimates that 7,000 animals are needed for each registered pesticide. Using cell-based high-throughput assays would significantly reduce that number. But to get there, EPA should develop “a plan with defined goals and targeted completion dates,” she says.

One of the biggest challenges with implementing high-throughput methods has been linking cellular and molecular changes that can be monitored with in vitro assays to typical risk assessment end points such as survival, growth, reproductive impairment, and disease progression, says Daniel Villeneuve, an aquatic toxicologist at ORD.

“It’s not enough to say we are seeing an effect; we need to know how that translates into something that we’ve traditionally considered for risk assessment,” Villeneuve notes. A key step to making that link, he says, is identifying so-called adverse-outcome pathways, which define how an initiating event—a chemical agent interacting with a target cell—and a series of subsequent events lead to an adverse health effect. No one knows exactly how many adverse-outcome pathways exist, but some scientists predict that there are hundreds.

Genes, proteins, and metabolites are involved in the events leading to adverse outcomes, and how they interact with one another is important, Villeneuve says. By using the high-throughput-enabled “omics” technologies—such as transcriptomics, proteomics, and metabolomics—researchers can identify the pathways and predict where chemicals are likely to cause perturbations that can lead to adverse outcomes.

Identifying toxicity pathways and focusing on systems biology will be critical “to come up with a more intelligent way of figuring out what data to ask for,” notes Bradbury. Unfortunately, it could take 15 to 20 years to identify all relevant pathways, he warns. However, EPA is optimistic that technological advances, such as improved cell analysis, will eventually lead to rapid identification of the pathways.

Another problem EPA’s pesticides office faces is using data from human-cell-based assays to assess risks on wildlife. Every registered pesticide must meet a human health standard and an ecological standard, Bradbury emphasizes. “Some of the challenges on the ecological front are even more daunting,” he says, in terms of the number of species and different routes of exposure that need to be considered.

The lack of animal cell lines for use with high-throughput assays has Villeneuve and other EPA researchers concerned. In the short term, “we are going to use more animals and more resources,” Villeneuve predicts. But eventually, he says, EPA should be able to predict both ecological risks and human health risks with limited use of animals.

Environment
U.S. seeks to slash use of animals in chemical safety testing
Consumer Safety
Getting Real About Chemical Risks
Environment
EPA Retools Endocrine Program
Share X
To send an e-mail to multiple recipients, separate e-mail addresses with a comma, semicolon, or both.
Title: Modernizing Toxicity Tests
Author: Britt E. Erickson
Chemical & Engineering News will not share your email address with any other person or company.