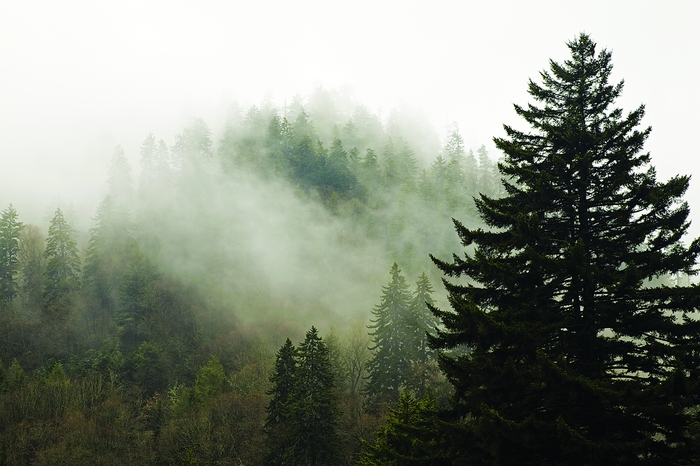 Human-induced changes to the nitrogen cycle, driven primarily by agriculture and the burning of fossil fuels, could significantly impact the world’s climate. But the numerous processes involved in the interconversion of nitrogen among its various chemical forms make it difficult for researchers to tease out the role of each nitrogen species in warming or cooling Earth.

With the verdict still out on the net climate effect of the three most prominent reactive nitrogen species in the atmosphere—nitrogen oxides (NOx), ammonia (NH3), and nitrous oxide (N2O)—scientists and policymakers gathered at the American Chemical Society meeting in late August in Denver to come to grips with how to incorporate the nitrogen cycle into future climate-change models and policies. As part of a special division organized in conjunction with the theme of the meeting—“Chemistry of Air, Space & Water”—symposium participants discussed recent findings about the behavior of reactive nitrogen species in the environment and potential solutions to mitigate their effects on climate.

NOx emissions in the U.S. have come down substantially since 1990, said Robert W. Pinder, a physical scientist with the Environmental Protection Agency’s Office of Research & Development. Pinder attributed the reductions to regulations that led to large decreases in power plant emissions and improved catalytic converters in automobiles.

In contrast, NH3 emissions from fertilized agricultural fields and concentrated animal feeding operations have remained constant or slightly increased in some areas, Pinder noted. Likewise, N2O emissions in the U.S. have remained essentially flat, with little change in agricultural emissions and a slight decrease in industrial N2O emissions from the production of chemicals such as polyester and nitric acid, he said. Globally, however, N2O emissions have increased significantly over the past century, he added, “as more and more fertilizer has come into use.”

Humans are increasing the amount of reactive nitrogen in the environment—and disturbing the nitrogen cycle—at an astonishing rate, stressed Alan R. Townsend, a biogeochemist at the University of Colorado, Boulder. The biggest driver of nitrogen-cycle perturbation, he said, is the use of synthetic nitrogen fertilizers produced by the Haber-Bosch process.

“We have applied more fertilizer in the last human generation than in all generations combined,” Townsend pointed out. “The irony is that in many ways we transformed the nitrogen cycle to feed ourselves more, and yet that very transformation of the nitrogen cycle creates additional nitrogen oxides in the atmosphere, which create ozone that makes our crops not grow as well,” he said.

Before Fritz Haber and Carl Bosch discovered how to generate NH3 from the N2 in air in the early 1900s, reactive nitrogen species were not abundant in the environment, Townsend noted. Today, the input of reactive nitrogen into the biosphere at least doubles every year, he said. “We are beginning to recognize that there are consequences” to such actions, he warned.

One of the biggest consequences may be to climate. Because of the complexity of the nitrogen cycle, reactive nitrogen in the atmosphere affects climate in numerous ways. And changes in the concentration of one nitrogen species can have both temperature-increasing and temperature-decreasing effects.

For example, when NOx and NH3 are deposited from the atmosphere onto forests, they can act as fertilizers and increase plant productivity, according to EPA’s Pinder. Nitrogen deposition in forests thus can have a cooling effect because of the increased sequestration of carbon dioxide by the trees. However, nitrogen deposition also increases reactive nitrogen in soils, leading to increased N2O emissions, which have a warming effect, Pinder said.

Meanwhile, NOx in the atmosphere increases the level of tropospheric ozone, which decreases plants’ productivity and ability to sequester CO2, leading to climate warming. On the other hand, NOx destroys the greenhouse gas methane in the atmosphere, resulting in cooling. And NOx, along with NH3, contributes to the formation of aerosols, which leads to cooling. Further complicating the picture is the increased use of nitrogen fertilizers in agriculture, which releases large amounts of N2O into the atmosphere, leading to climate warming.

Overall, the net effect of all the nitrogen processes today in the U.S. and Europe “is kind of a wash,” Townsend said. “Even as much as we have changed the global nitrogen cycle, the net contribution to the rate of climate change is probably not that large,” he added. But this zero-sum situation will change with time as the balance of reactive nitrogen emissions changes, he cautioned.

The most controversial effect of reactive nitrogen on climate appears to be its ability to enhance CO2 uptake by plants. “The effects of nitrogen on carbon sequestration is perhaps the largest and most uncertain term,” said Christine L. Goodale, a professor of ecology and evolutionary biology at Cornell University.

During the past five years, several researchers have tried to incorporate the nitrogen cycle into coupled climate-carbon models, Goodale noted. But such models have predicted the same amount of carbon sequestration from wildly different amounts of nitrogen added to the landscapes, she said.

Excess reactive nitrogen doesn’t make all trees grow faster, Goodale pointed out. “The best predictor is what the growth rate was before addition of extra nitrogen,” she said. Trees that accumulate carbon slowly are often harmed by excess nitrogen.

Another factor appears to be the rate of nitrogen deposition onto the forest vegetation. “We see significant carbon storage at low to moderate rates of nitrogen deposition,” Goodale noted. However, with increased nitrogen input, the opposite occurs, she said. “So please don’t go out and dump several tons of nitrogen on your forest to get carbon credits,” she remarked, adding that “nitrogen response is not positive for all species, even at low rates of deposition.”

Because of the complexity of the nitrogen cycle, several participants pointed out that a one-size-fits-all approach to nitrogen policy won’t work. Even site-specific, local interventions will “require a more integrated approach than we are used to in environmental regulation,” said Thomas P. Tomich, founding director of the Agricultural Sustainability Institute at the University of California, Davis.

Tomich and others advocated for a multimedia approach to regulation of nitrogen—one that involves not only reactive nitrogen in surface water but also in air, soil, and groundwater. EPA’s Science Advisory Board recently released a report making the same recommendation (C&EN, Aug. 29, page 26).

Excess reactive nitrogen in the environment is associated with many problems, not just climate change, Townsend stressed. These include toxic algae blooms, oxygen-depleted waters, acid rain, and human health effects from air pollution and drinking water contamination. There are many opportunities to better manage nitrogen, some of which don’t require governmental regulations, he said. For instance, if enough individuals switched from a typical U.S. diet that involves many land-based foods to a Mediterranean one in which fish dominate, the use of fertilizer in the U.S. could be cut in half.

Others suggested rethinking the use of the Haber-Bosch process to make fertilizer. “If you took a life-cycle perspective of the environmental footprint of nitrogen fertilizer, 20 to 60% of the greenhouse gas forcing from the modern agricultural system is from that manufacturing step,” Tomich said. “If ACS was looking for a short list of big challenges for the 21st century, reengineering the Haber-Bosch process to make it more climate-friendly should be on that list.” ◾