Building Up A Fertilizer Surplus

EXPANSION
[+]Enlarge
The world fertilizer industry is set to move from near balance of supply to capacity excess by 2016. SOURCE: International Fertilizer Industry Association 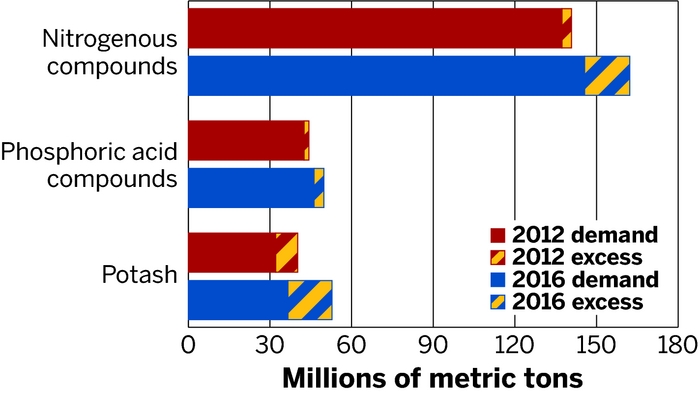 The world fertilizer industry is set to move from near balance of supply to capacity excess by 2016. SOURCE: International Fertilizer Industry Association

Four years ago, the U.S. adopted policies encouraging the growing of corn to make ethanol. At the same time, people in developing nations began to step up their consumption of meat, prompting the planting of more crops as animal feed. Both factors contributed to a pickup in fertilizer demand and launched the fertilizer industry into a golden era of high prices and profits.

But in the world of commodities, what goes up inevitably comes down. The higher profits encouraged fertilizer manufacturers to contract for a flurry of new facilities, according to David D. Asbridge, president of the Chesterfield, Mo.-based consulting firm NPK Fertilizer Advisory Service. Meanwhile, demand growth started to be dampened by the fragile global economy.

As a result of this turn of events, about half of the industry’s 250 planned new fertilizer units, which could cost a total of $90 billion to build, have been delayed. Yet the other half are moving ahead. And huge fertilizer complexes planned by BHP, PotashCorp, and Ma’aden Phosphate could by themselves create significant oversupply for the industry, analysts say.

“We’ve had high prices for fertilizers, which has brought on capacity expansions, and it’s going to outrun demand for a couple of years,”Asbridge says. “I think we are headed for oversupply across the board.”

Other analysts are also warning that the fertilizer market will swing from a state of supply-demand balance into one of surplus within the next few years. Global fertilizer consumption is set to grow by just 1.7% per year through 2016, according to a recent forecast by the Agricultural Committee of the International Fertilizer Industry Association (IFA). Moreover, IFA cautions, demand for fertilizer “remains subject to major uncertainties, especially the evolution of the world economy.”

The huge facilities being developed by BHP, PotashCorp, and Ma’aden Phosphate will each have a significant impact upon the market, according to Asbridge. BHP’s project, a Canadian potash facility with a capacity of several million metric tons per year, could face delays because it is a greenfield development and could hit regulatory hurdles as a result of environmental concerns, he says. “It may get pushed back six months or a year, but I think eventually it will get built,” Asbridge says.

PotashCorp, the world’s largest fertilizer producer, plans to increase potash capacity at its Rocanville, Saskatchewan, site by 3 million metric tons per year. The company says it is on track to complete the project, at a cost of $1.2 billion, in 2014 and to ramp up production in 2015. The company has a program in place to increase annual capacity for potash from about 12 million metric tons in 2011 to 17.1 million by 2015.

PotashCorp Chief Executive Officer William J. Doyle says the company made a decision “almost a decade ago” to boost production and that it will introduce new capacity ahead of its competitors. “While others are prospecting, planning, or searching for capital, we are ready to bring on more new supply,” Doyle says. 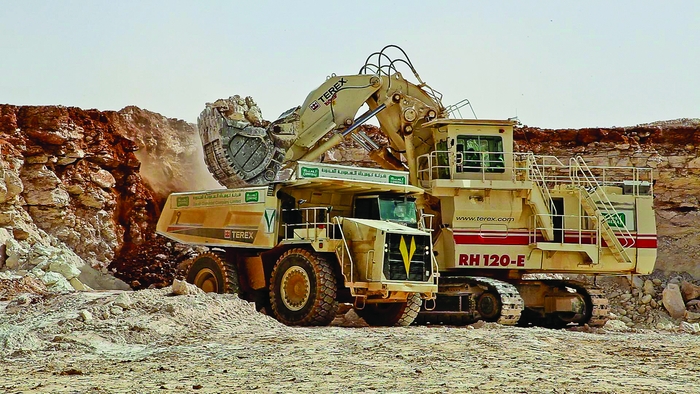 A third large-scale project is Ma’aden’s mine and production complex in Al Jalamid, Saudi Arabia, which is set to become the world’s largest phosphate facility, encompassing an area of about 50 km2. The project is “at an advanced stage of construction,” the company says, and some production is already under way.

The complex is set to have a capacity of 5 million metric tons per year of phosphate concentrate, which the firm will use with local natural gas and sulfur to produce diammonium phosphate (DAP) fertilizer. “It will add 8–9% to the world’s phosphate balance once it is finally up and running,” Asbridge says. Ma’aden is not stopping there; it plans to build a second facility with almost 3 million metric tons of DAP capacity in Ras Az Zawr, north of Al Jalamid.

Other leading fertilizer producers say they will continue their growth plans despite forecasts of oversupply. “We remain committed to our multiyear, multi-billion-dollar investments for growth,” James T. Prokopanko, CEO of Minnesota-based Mosaic, the world’s second-largest fertilizer firm, said recently.

The recent emergence of cheap shale gas, which can be used to make ammonia and urea, is also likely to encourage further capacity expansions, particularly in North America. Japan-based Toyo Engineering, which builds fertilizer plants, says it “expects more urea projects in the U.S.”

With surplus supply will come pressure on fertilizer companies to drop prices. Producers seeking to recoup the billions of dollars they are plowing into new facilities will do their best to resist lowering prices back to the levels of a few years ago, Asbridge says. Given their scale of investment, fertilizer companieswill be hoping not only for a pickup in the global economy, but also perfect weather for growing more crops.