Repurposed labs to work on drug discovery and metabolic testing 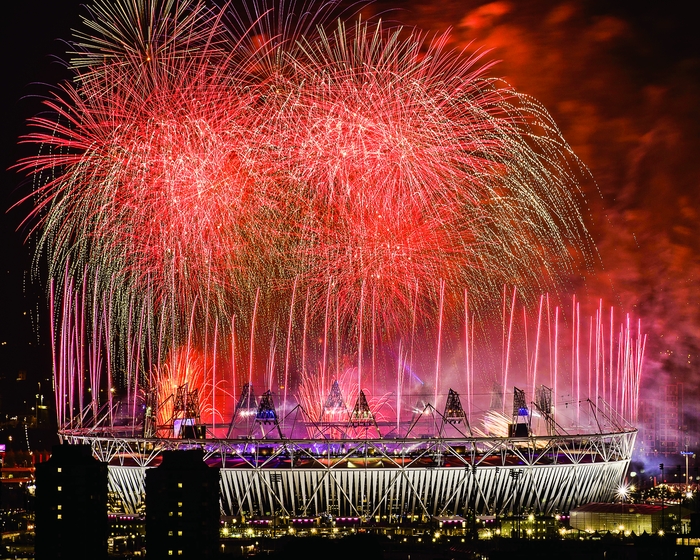 In a week, the 4,200 disabled athletes currently lighting up London’s Paralympic Games will pack their bags and head home. They follow in the footsteps of 10,500 Olympians who, one month ago, also made the city their own. Even before the Paralympians depart, the city’s airwaves and pubs are thick with discussion of how to bottle the festive atmosphere and ensure London’s Olympics provide a lasting legacy.

The use of Olympic facilities by sports clubs and the conversion of the athletes’ village into apartments will benefit a select group of Londoners. Yet one conversion stands to benefit people across the U.K.: the repurposing of the Olympic Games’ Anti-Doping Science Centre (ADSC) into the world’s first national phenome center.

A phenome describes a person’s chemistry—all the molecules in the blood, urine, and tissue that are the result of an individual’s genetics and lifestyle. It changes in response to genetic mutation and environmental influences. Measuring the phenome can provide information about the causes of disease.

ADSC has been analyzing thousands of biological samples, but as the phenome center it will analyze samples by the millions. “It’s a really big deal. No one has ever done phenotyping on this scale before,” says Jeremy K. Nicholson, a professor of biological chemistry at Imperial College London and the man who conceived the phenome center.

The vision for the center encompasses multiple tasks: Create the world’s first publicly and privately funded labs that will combine analytical science, epidemiology, and clinical expertise to better understand the causes, mechanisms, treatment, and monitoring of disease; develop the next generation of metabolic testing methods; and make the U.K. the world leader in analytical chemistry with the first in a series of phenome centers that will share data from national populations.

The center “has the potential to revolutionize the way in which we treat a wide range of diseases” and power the shift toward treatments tailored to the individual, says Sally C. Davies, England’s chief medical officer. Davies is among several leading British scientists who have backed the creation of the center.

HANDING OVER THE BATON
[+]Enlarge
Credit: GlaxoSmithKline
In October, ADSC’s labs will be repurposed into a phenome center. 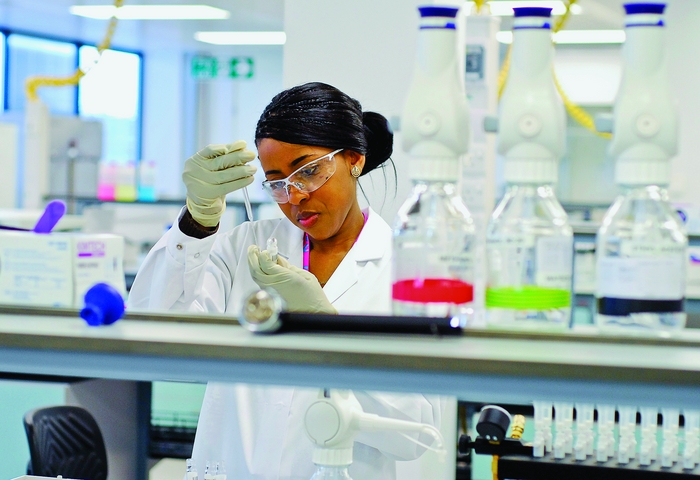 Credit: GlaxoSmithKline
In October, ADSC’s labs will be repurposed into a phenome center.

ADSC’s analytical chemistry labs, in a Glaxo­­SmithKline building in Harlow, just north of London, are currently being used to test athletes’ body fluids for banned substances. After the labs are handed over to the phenome center in October, chemists will begin analyzing people’s blood, urine, and tissue to identify the effect of genetics and lifestyle on their health.

ADSC features a series of specially built analytical laboratories with a total area of 4,400 m2­—the size of seven tennis courts. Approximately 60% of the analytical instruments used by ADSC to catch drug cheats during the Olympics will be retained by the phenome center.

The center will add other instruments that are suited to the broader analysis required for evaluating diseases across large populations. This high-tech arsenal will include four gas chromatography/mass spectrometry machines, 14 ultra­performance liquid chromatography (UPLC)/mass spectrometry instruments, and three 600-MHz nuclear magnetic resonance spectrometers with sample jet robotics for high-throughput screening.

Nicholson will become the center’s research director and principal investigator. The center will be operated jointly by scientists from King’s College London, which has been managing ADSC, and Imperial College. Researchers from Cambridge University and Oxford University also will participate in projects at the center.

Analytical instrument makers Bruker BioSpin and Waters Corp. have agreed to supply analytical machinery to the center at a discounted rate. The savings total approximately $30 million over five years, according to the U.K.’s Royal Society of Chemistry. Two U.K. government agencies, the Medical Research Council and the National Institute for Health Research, each have pledged $8 million to pay for training and operating costs over the next five years. After five years, the center, officially called the MRC-NIHR Phenome Centre, will be expected to fund itself by generating income from commercial research contracts.

The lab will start out with a staff of 12 chemists, along with technicians, additional staff for specific projects, and administrators. The number of chemists is expected to rise to between 30 and 50 in 2013 “depending on project ramp-up,” Nicholson says.

Eventual work on commercial projects is expected to provide funds for additional infrastructure. “As soon as we fire up the laboratory, we will be able to take on contracts, which will generate revenue for the center to expand. We expect the laboratory to double or even triple in size over the next three to four years,” Nicholson says. Initially, the center will focus on epidemiological studies. Hundreds of thousands of biological samples already exist and are ready to be tested for disease.

MRC has agreed to fund the phenome center not only because of its potential benefits to medical research but also because a “queue of customers” already wishes to use the service, says Wendy Ewart, MRC’s deputy chief executive. The center will even capture some studies currently being sent to research institutes in the U.S., she adds.

Involvement in the center by Bruker and Waters “is where it gets really exciting,” Nicholson says, because they will help develop a new generation of high-throughput metabolic screening technology.

Today, running 250,000 samples annually and undertaking two or three UPLC assays on each can generate a bill of $1.6 million just for the acetonitrile needed as a solvent. Nicholson plans to work with greener alternatives to acetonitrile and miniaturize the technology to work with one-quarter of the solvent volume.

“If we do this we can revolutionize the way this technology works. All of this technology development is relevant to pollution science, food science, and more. This is a legacy that goes well beyond medicine and into all complex mixture analysis,” Nicholson says.

Waters is providing the center with three of its own scientists who will develop methodologies with researchers from Imperial College and King’s College. The U.S. company also will fund three academic positions and support instrumentation training. “We’ll be working hand in glove with the scientists there,” says Robert S. Plumb, director of phenotyping for Waters.

Among the goals of Waters service engineers, Plumb explains, is to better match the blend of mass spectrometers in the Olympic labs to the methodologies that are going to be used in phenotyping. “We want some more high-sensitivity instrumentation for targeted analysis,” he says.

Nicholson plans to harmonize the technology for dealing with a large number of samples and to share this standard with affiliated phenome labs around the world. National data may then be directly compared. The power of data from multiple national centers would be additive. “That is hugely important,” Nicholson adds.

Project participants expect more national phenome centers to open once the U.K. lab is up and running. “We consider the center to be the crystallization point for a future network of phenome centers around the world,” says Manfred Spraul, director of applied NMR business development at Bruker.

Discussions with candidates for other national phenome centers, including École Normale Supérieure’s NMR center in Lyon, France, already are taking place, Nicholson says. Imperial College has connections with labs in the U.S. that also are suitable candidates for a U.S. phenome center, he adds.

In addition to aiding the development of new medicines, the U.K. phenome center has an opportunity to identify the health effects of pesticides and synthetic chemicals such as brominated flame retardants and phthalate plasticizers. “The handles on this are very poor,” Nicholson says. “There is an opportunity to move into a much broader area of human health, including health risk assessment from environmental chemicals. Our epidemiologists in particular are very keen on looking at this sort of angle.”

Gernot Klotz, executive director of research and innovation for the European Chemical Industry Council (CEFIC), a Brussels-based trade association, says the group welcomes the scientific advances that the phenome center could generate. “The challenge is that you create millions of data points and need to track the importance for what they mean in real life for human health and in ecosystems,” he says. CEFIC recently funded research at Imperial College to bridge the gap in scientific understanding between environmental exposure and human disease. CEFIC-funded research in the new phenome center is an option, he says.

If Nicholson and his colleagues achieve all they set out to at the phenome center, a more efficient breed of analytical chemistry will emerge, providing the basis for new medicines and greater understanding about hazardous chemicals in the environment. London’s Olympic Games have been well received. The repurposing of its antidoping labs is on track to become a fitting legacy.