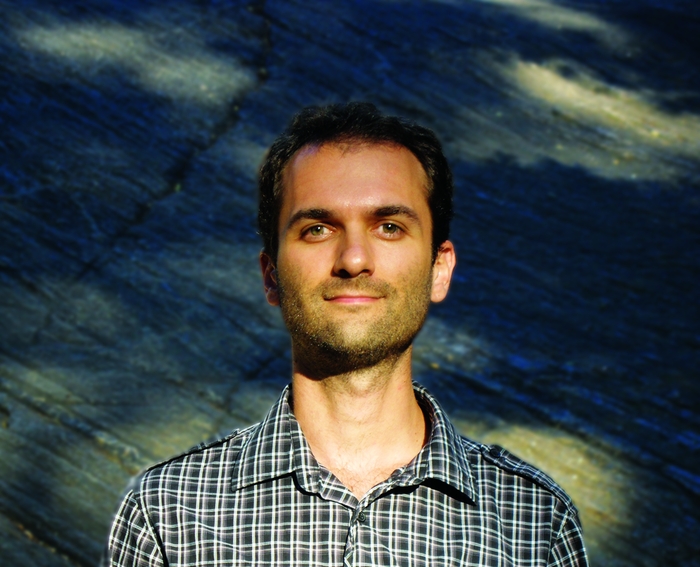 Ethan O. Perlstein is, by his own admission, a scientist in recovery. His addiction is one running rampant in academia: a high known as “impact factor.” Not long ago, the evolutionary pharmacologist was hooked on getting papers into high-profile scientific journals.

But in the past year, the 33-year-old researcher has undergone a metamorphosis of sorts, getting clean by embracing open science in a way that goes far beyond simply publishing in open-access journals such as those of PLoS. In October, with time running out on a five-year fellowship at Princeton University’s Lewis-Sigler Institute for Integrative Genomics and no concrete job offers at hand, Perlstein launched a campaign to fund a set of experiments through crowdsourcing. His idea isn’t just about new ways of paying for basic science. Perlstein’s larger motivation is engaging a community of his peers to rethink how science is done.

Given his self-proclaimed addiction, it is no small coincidence that the experiment Perlstein has chosen to fund through crowdsourcing involves studying one of the most notoriously habit-forming drugs, methamphetamine.

Perlstein wants to explore how amphetamine and methamphetamine accumulate in the brain cells of mice. Along with Columbia University neuroscientist David Sulzer, whose lab has investigated the impact of methamphetamine on neurons, Perlstein plans to use autoradiography to look at where the drug accumulates deep inside cells, comparing the effects of acute and chronic exposure.

He set a goal of raising $25,000 and ended up taking in $25,460 from 407 donors over the seven-week period that the project was live on the crowdfunding website RocketHub. Perlstein says that’s enough to cover three months’ salary for his technician, Daniel Korostyshevsky, who has spent the past four years working on similar projects in Perlstein’s lab at Princeton. The Sulzer lab will host the new research and likely contribute some resources of its own.

That fund-raising figure might seem big or small, depending on your perspective. In the crowdsourcing world, it’s a reasonable chunk of change for a science project. A quick perusal of the projects in the ongoing SciFund Challenge on RocketHub, which has 35 scientists reaching out to the public for funding, shows that most are asking for between $2,000 and $5,000.

But in the world of big academia, where National Institutes of Health grants run in the six figures per year and support multiple years of research, the sum has caused some to wonder what, scientifically, can actually be accomplished by the project.

For Perlstein, the crowdfunding exercise is as much about the money as it is about using the forum to address the limitations of current funding mechanisms. First, as he points out, the average age that an academic scientist is awarded a research project grant (R01) from NIH is 42. Perlstein, nearly a decade younger, puts it bluntly: “People my age don’t get R01s—they have to wait 10 years.”

Further, those proposals come loaded with preliminary data that are hard to get without sufficient funding. “The R01 is great, but what about an R01 with a little r, for seed experiments?” Perlstein asks. He says there just aren’t enough resources for scientists looking to gather enough data to justify a larger grant or who need a funding boost to finish a promising project.

“I’m not saying we’re going to make the NIH budget in a year by crowdsourcing projects,” Perlstein says. But, he adds, “we can establish some precedence with seed experiments, seed projects, that could catalyze longer-term commitments of funding.”

As part of whipping up a conversation about his project, Perlstein set up a slick website that plays on the popular television show “Breaking Bad.” He is active on Twitter, attended a number of open-science and social media events during the fund-raising period, and his project was featured in a slew of blogs and print magazines.

The marketing campaign was meant to entice donors, but in keeping with his open-science mantra, it was also intended to invite discourse. For a $75 donation, someone can sit in on a virtual weekly open lab hour, where the project’s progress will be discussed. A $500 donation translates into a key to a virtual folder where someone can file comments on the project, along with an invitation to attend a lab meeting in person.

Meanwhile, data collected will be available in real time on his website, where comments are encouraged and results will eventually be published in an open-access journal. “We are combining lots of different elements of what people talk about when they say ‘open science’ and just trying to put it into practice,” he says.

Beyond the potential interactions with donors, the funding process itself was meant to help find scientists interested in contributing to the research process. “This is a collaborator finder,” Perlstein says. For example, a potential partner, who is offering an alternative route to examining drug distribution that could help validate the results that Perlstein and Sulzer come up with, surfaced from his social media efforts. “Maybe this won’t work, but we’re at least in the opening stages of figuring out a potential collaboration,” he adds.

In the coming months, Perlstein knows he needs to produce some data if he wants to convince the larger community this type of effort is worthwhile. “I think the whole point of this is really just making an open covenant with people,” Perlstein says. “We’re going to take your money to fund this research, and we want to make it work.”

Comments
Lewis P. Lipsitt (January 29, 2013 8:31 PM)
I listened to the Webinar today and am much impressed by the apparent integrity and wisdom of the speakers. For so many years now, peer review -- of applications and of publications -- has been regarded as the cornerstone of the science edifice. Admittedly, we have had numerous incidents of violations among the thousands of NIH and NSF grants, but there are effective (we think) mechanisms for discovery of these. What kinds of cautions are built into the crowdfunding process?
Reply »