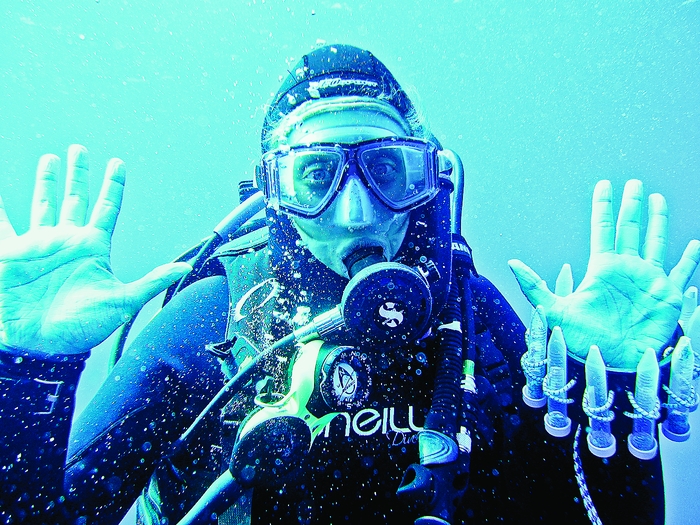 Not every student in graduate school joins a lab and is immediately signed up for scuba diving lessons. But adventurous grad student Kelly C. Peach found herself in that exact situation in 2009 when she became a Ph.D. candidate at the University of California, Santa Cruz.

[+]Enlarge
Credit: Shutterstock
It’s not easy being cheesy: Researchers call on Roquefort mold to clean up. 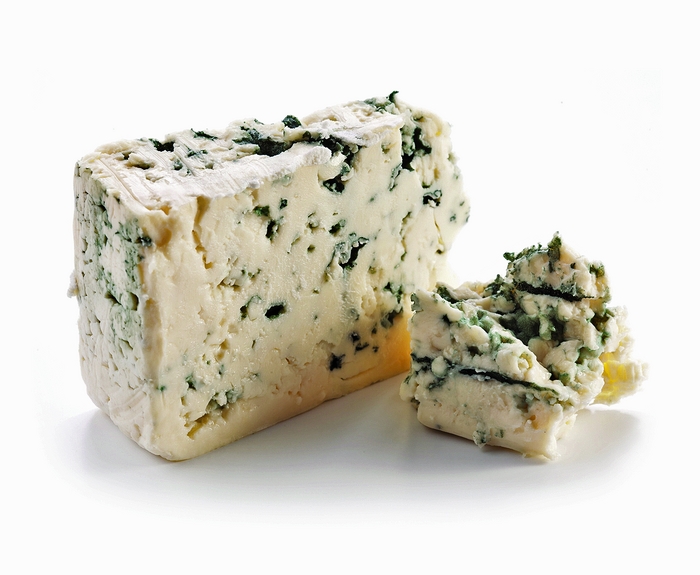 Credit: Shutterstock
It’s not easy being cheesy: Researchers call on Roquefort mold to clean up.

Working with fellow grad student Nicholas Shikuma and Walter M. Bray, manager of the Chemical Screening Center at UC Santa Cruz, Peach now periodically straps on scuba gear to collect bacteria from the seafloor. The researchers are searching for novel compounds produced by marine bacteria that can fight cholera. And they’ve developed a high-throughput screening method to help them in their search (Mol. Biosyst., DOI: 10.1039/c0mb00276c).

Cholera, caused by the bacterium Vibrio cholerae, is an infection of the small intestine that results in diarrhea and affects millions of people every year. The disease is difficult to treat because V. cholerae forms biofilms, which are tough bacterial aggregates that resist most antibiotics.

Initially, Peach dove off the coast of Panama to search for cholera-fighting drugs, but the compounds she collected weren’t anything new, Peach tells Newscripts. So she braved the cold waters off the coast of Oregon and Washington to collect samples from the organic sludge there. “We’ve found that the West Coast has unique bacteria that we hope will produce new, interesting compounds,” Peach adds.

Using an array-based robotic instrument, the researchers can simultaneously test about 300 compounds extracted from their collected bacteria for activity against cholera. The scientists individually incubate the compounds with fluorescently tagged cholera biofilms in hundreds of small wells. A compound is deemed a “hit” if it inhibits biofilm growth, as indicated by fluorescence imaging.

So far, the researchers haven’t revealed whether they’ve found the perfect marine compound to treat cholera, but Peach says the group will publish its results soon. In the meantime, the team members are enjoying a $10,000 prize they won late last year for developing their screening method. Sponsored by Deloitte and the California Institute for Quantitative Biosciences, the Award for Innovation recognizes research with the potential to improve human health.

While Peach and her colleagues were developing methods to exploit bacteria from under the sea, scientists at the Swiss Federal Institute of Technology, Zurich, were making use of the mold from cheese to produce a self-cleaning surface (Proc. Natl. Acad. Sci. USA, DOI: 10.1073/pnas.1115381109).

Chemical engineer Lukas C. Gerber, a member of Wendelin J. Stark’s research group, recognized the ability of certain cheese fungi to defend against and gobble up other microorganisms and small molecules. So he harnessed the appetite of the blue cheese mold Penicillium roqueforti to construct a three-layer self-cleaning surface. The cheese mold, along with agar, gets sandwiched between two inert sheets. The base layer, made of polyvinyl chloride, provides an anchor for the mold, and the cover layer, a porous polycarbonate, is a membrane that both protects and contains the fungi but also allows it to feed off its surroundings.

To demonstrate their living surface in action, the scientists spilled glucose on the cover layer and measured the rate of “disappearance” of the sugar. They found that as the glucose was being eaten, the P. roqueforti fungal population grew.

The researchers also showed that even after sitting for a week without any sugar—a time when the cheese mold goes dormant—the moldy surface would spring back into action when exposed to a fresh glucose spill.

But don’t plan on installing these cheesy surfaces in your kitchens anytime soon: The self-cleaning devices currently take two weeks to clean up a spill by themselves.