Biotechnology: Lab plasmids that confer antibiotic resistance may have escaped to the environment 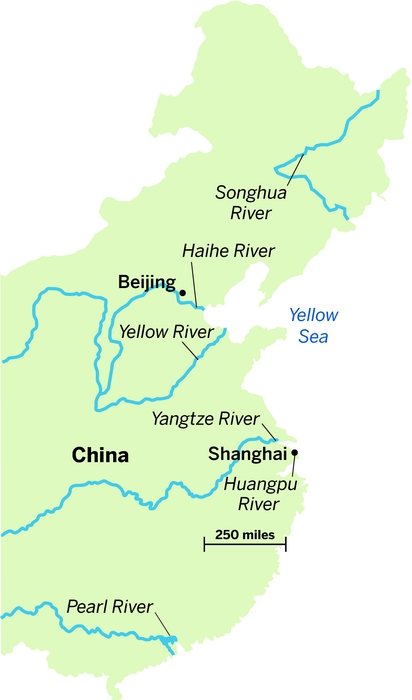 Still, other experts are calling for more studies to confirm the results and pinpoint sources of the genes.

Heavy use of antibiotics in hospitals and on farms has polluted environments the world over with bacteria carrying genes that confer resistance to the drugs. Once in the environment, researchers say, resistance genes can be quickly transferred to other bacteria, leading to antibiotic-resistant strains that can cause severe and sometimes untreatable infections. The resistance genes are also cheap, powerful tools for biologists. In molecular cloning studies, researchers introduce the genes into synthetic versions of plasmids, the small circular molecules of DNA found in bacteria.

Academic institutions in the U.S. follow special procedures to treat waste from the experiments. They kill any remaining microbes with high heat and sometimes incinerate the waste.

But some researchers have been concerned that molecular cloning and other genetic engineering studies could still release resistance genes into the environment. To test that hypothesis, Jun-Wen Li at the Institute of Health & Environmental Medicine, in Tianjin, China, and his colleagues took water samples from six Chinese rivers downstream of cities where such work is done.

They extracted plasmids from the samples and transferred the DNA into Escherichia coli. Then they screened the bacteria for a gene commonly used in academic and industrial labs that confers resistance to the antibiotic ampicillin. To determine whether a gene in a sample came from an artificial source, they used polymerase chain reaction to look for sequences unique to synthetic plasmids. The team found synthetic resistance genes in all six rivers. Of the ampicillin-resistance plasmids found, about 27% had the synthetic vector-sourced gene.

“If future studies support these findings, this will be a concern that scientists will have to seriously address during the design and implementation of their experiments,” says Justin J. Donato, a biochemist at the University of St. Thomas, in St. Paul, Minn.

Natural Products
Plant used in traditional Chinese medicine is a source of natural insecticides
Antibiotics
Bacteria make a meal of penicillin﻿
Environment
Antibiotic resistance could spread through feed at fish farms
Share X
To send an e-mail to multiple recipients, separate e-mail addresses with a comma, semicolon, or both.
Title: Gene Pollution In China’s Rivers
Author: Deirdre Lockwood
Chemical & Engineering News will not share your email address with any other person or company.

Comments
Lifen Liu (January 1, 2013 11:36 PM)
This revels serious concerns about the possible occurrence (though not clear about the richness) of resistant bacteria in rivers down stream big cities, and the (possibly epidemic) hazard posed to the species in our biosphere and urban ecosystem, no matter wide animal, insects or human beings. People should be really very careful in handling their bio-wastes.
Reply »