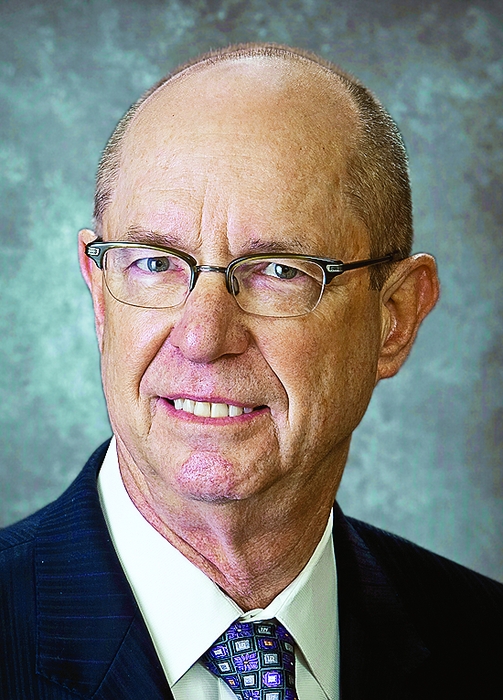 Trained as an organic chemist, Lawrence J. Marnett “followed his nose” into cancer research. During his graduate and postdoctoral studies, he became interested in the oxidation of membrane polyunsaturated fatty acids.

“At the time, all focus in the carcinogenesis community was on the metabolism of foreign compounds to carcinogenic metabolites,” Marnett says. “There wasn’t much emphasis placed on the possibility that molecules generated in our own bodies might be carcinogenic.”

Although unfamiliar with the methods needed for such research, he began planning experiments to test whether lipid oxidation products damage DNA and induce mutations.

That work paid off. Marnett, 64, the Mary Geddes Stahlman Professor of Cancer Research and professor of biochemistry, chemistry, and pharmacology at Vanderbilt University, is receiving the George & Christine Sosnovsky Award in recognition of research showing pathways by which inflammation leads to cancer and targeting the inflammation-related enzyme cyclooxygenase-2 (COX-2) for early detection of cancer.

Marnett has “used unique approaches to design inhibitors of this critical enzyme and to determine the molecular basis of their activities,” says Stephen S. Hecht, a professor of cancer prevention at the University of Minnesota.

“Larry has made seminal contributions to both our understanding of the mechanisms by which inflammation predisposes to cancer and to utilizing this knowledge to develop new COX-2 targeting agents,” adds Andrew J. Dannenberg, a professor of medicine and director of the cancer center at Weill Cornell Medical College.

Marnett was also the first to characterize the chemistry and biology of malondialdehyde-DNA adducts. “The seminal work with the endogenous carcinogen malondialdehyde has ranged from the chemical synthesis of adducts to the crystallographic studies of the interactions with DNA polymerases to the quantitation of such adducts in humans,” says F. Peter Guengerich, a professor of biochemistry at Vanderbilt-Ingram Cancer Center.

Marnett’s colleagues laud his interdisciplinary research. He “has uniquely combined state-of-the-art organic chemistry with molecular biology to produce a highly significant body of work that is likely to have a major impact on early detection and prevention of cancer,” Hecht says.

Marnett received a B.S. in chemistry from Rockhurst College (now University) in Kansas City, Mo., in 1969. He then studied organic chemistry with Ned A. Porter at Duke University and received a Ph.D. in 1973. After postdoctoral appointments at Karolinska Institute, in Sweden, and Wayne State University, he was hired as an assistant professor of chemistry at Wayne State in 1975. In 1989, he moved to Vanderbilt as director of the A.B. Hancock Jr. Memorial Laboratory for Cancer Research. He served as the first associate director for research of Vanderbilt-Ingram Cancer Center. Since 2002, he has been the director at Vanderbilt Institute of Chemical Biology.

He has been the editor-in-chief of the American Chemical Society journal Chemical Research in Toxicology since its founding in 1987. In addition, he is a fellow of ACS and the American Association for the Advancement of Science.

Marnett will present the award address before the ACS Division of Medicinal Chemistry.

Comments
naranmandura (February 28, 2012 4:18 AM)
Please accept my warmest congratulations. You have enjoyed a long and productive career of which you can justly be proud. Your many contributions as Editor in CRT are widely appreciated. You have certainly demonstrated a lot of vision and initiative in working to develop the journal as a significant component in the diverse field of scientific knowledge.
As I'm sure you know, it is sometimes difficult to find the right words to express a thought. I can only remember that my initial research work was supported by CRT and it really paved a path of success for my future research career. I would also like to thank you for your support throughout the years; this opportunity has made me learn so much.