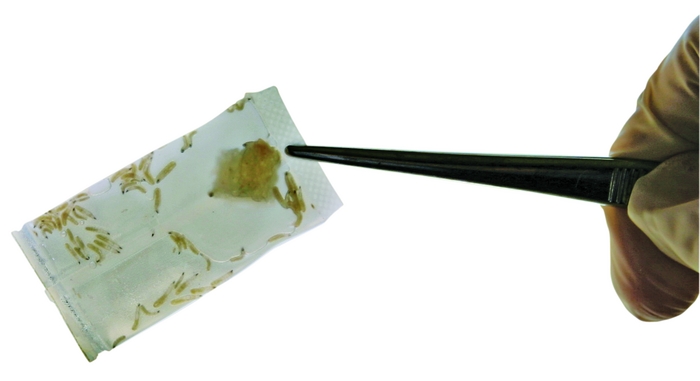 Here’s a fun fact for the new year: Maggots have been approved by the Food & Drug Administration to treat skin and soft-tissue wounds that won’t heal. They seem to do the job by suppressing the body’s own tissue-damage responses.

Maggot therapy may sound medieval, but modern research shows that it works. In one study, published last year in Archives of Dermatology, doctors showed that maggots did a better job of removing dead tissue from nonhealing wounds than conventional surgical methods, at least in the first week of treatment (DOI: 10.1001/archdermatol.2011.1895). Removing dead tissue from wounds promotes healing.

And maggots could have other wound-healing effects. Some scientists have found antimicrobial peptides in maggot excretions and secretions. In 2009, though, a study led by Gwendolyn Cazander of the Netherlands’ Bronovo Hospital and Leiden University Medical Center showed that maggot fluid has no antibiotic activity at concentrations the insects would produce when applied to a wound.

The so-called complement part of the human immune system is what makes an injured area red, warm, and swollen after blood vessels dilate and then leak to flood the region with pathogen-fighting proteins and cells. This response helps clear pathogens but can also cause tissue damage.

Studying the response of human serum to maggot fluid, Cazander and coworkers found that the fluid reduces the inflammatory response. The finding fits with what is seen in maggot therapy clinically: Humans do not develop immune reactions to maggots.

Cazander’s team determined that maggot fluid modulates inflammation by breaking down two immune system proteins. The researchers think the agent from the maggots that’s responsible for the breakdown is a remarkably stable protein that remains functional even after the maggot fluid is boiled and stored at room temperature for a month. Cazander is working to identify the specific protein involved.

In other medical news, doctors in England have identified speed bumps as a new tool for diagnosing abdominal disease, particularly appendicitis. 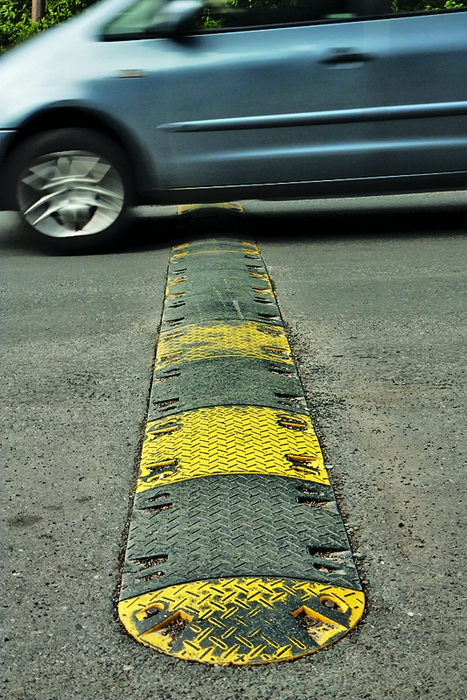 Anecdotal reports of increased pain when traveling over speed bumps are so common that some doctors routinely ask about it as part of an appendicitis diagnosis, say Helen F. Ashdown of Oxford University and colleagues in a paper in the British Medical Journal (DOI: 10.1136/bmj.e8012). Accurate diagnosis of appendicitis is important: If surgery isn’t carried out because of a faulty diagnosis, the appendix might rupture. But if surgeons are too quick to operate, they might do so unnecessarily.

The research team studied 111 patients with suspected appendicitis in 2012, asking them how they got to the hospital, whether they traveled over speed bumps, and whether they had abdominal pain that changed when they rode over speed bumps. The team then followed up to see whether the patients had surgery and, if they did, whether their appendixes were in fact diseased.

Comparing the efficacy of diagnostic criteria, “pain over speed bumps” was a more sensitive and specific test than pain migrating through the abdomen, nausea or vomiting, or pain when a doctor pressed on the abdomen and released it.

“Unanswered questions include whether the speed or manner of driving approach to a speed bump affects the diagnostic power” of speed-bump-associated pain, the authors write. Nevertheless, they say, the results suggest that speed-bump questions should become part of routine appendicitis diagnosis.