More than 15 years ago, Congress mandated that the Environmental Protection Agency develop a program for determining the potential of chemicals to alter the endocrine system in humans. After numerous setbacks, EPA acknowledges that at its current pace it will take decades to complete the screening process. As a result, the agency is now turning to computational toxicology and high-throughput methods to help prioritize chemicals for screening.

Critics of EPA’s Endocrine Disruptor Screening Program (EDSP) welcome the agency’s efforts to accelerate the process, but they also worry that EPA is just adding another layer to the program. Other people are concerned about the use of computational and high-throughput assays because such methods rely on proprietary algorithms and have not been formally validated. Some observers are also questioning how EPA will get sufficient resources to conduct additional validation efforts, particularly as it faces significant budget cuts because of sequestration.

Congress directed EPA to establish EDSP in 1996 under the Food Quality Protection Act and amendments to the Safe Drinking Water Act. In 1998, following the advice of a federal advisory committee, EPA expanded the program beyond testing for endocrine effects in humans to also consider effects in wildlife.

EPA spent more than a decade developing and validating a battery of five in vitro and six in vivo assays to screen the chemicals. Under the initial plan, chemicals that showed signs of endocrine activity in the screening process would then move on to one or more of six time-consuming, targeted animal tests to determine whether the endocrine activity leads to an adverse effect and to quantify the dose-response relationship. EPA is still validating four of those more-targeted animal tests.

In 2009 and 2010, EPA issued the first set of test orders under EDSP, requiring manufacturers to screen 67 chemicals, including active ingredients and inert ingredients used in pesticides, using the initial battery of 11 assays. “Since then, about 15 of the registrants have decided to leave the pesticide market,” Manibusan says. EPA gave the manufacturers two years to generate the data, which are now streaming to the agency. Over the next year, EPA plans to review those data and determine how well the 11 assays are working. It also plans to have its pesticide scientific advisory panel evaluate the screening assays at a meeting in May.

The agency realizes that it has data for only a few dozen chemicals and it will need an alternative approach if it is to obtain data on more than 10,000 chemicals. Given the current pace and trajectory, “it would be very difficult to complete all of the screening for 10,000 chemicals,” Manibusan says.

To help prioritize the screening process, EPA has proposed using a number of emerging technologies, including a modeling system that predicts a chemical’s binding affinity to estrogen receptors on the basis of the chemical’s physicochemical properties. The agency is also considering the use of about 50 endocrine-related high-throughput assays from its ToxCast program to help with prioritization under EDSP.

ToxCast was launched in 2007 by EPA’s National Center for Computational Toxicology, based in Research Triangle Park, N.C. The goal of ToxCast is to predict the toxicity of thousands of chemicals with the help of high-throughput, human-cell-based assays and predictive computational methods. The program is currently evaluating dozens of assays on 880 chemicals, including about 300 pesticides.

Eventually, EPA hopes to replace the 11 screening assays currently required under EDSP with the newer ToxCast assays, but for now it is considering using the emerging methods simply to determine which chemicals to screen first.

EPA discussed its proposed prioritization process with its pesticide scientific advisory panel in late January. At that meeting, stakeholders commended EPA for its efforts to speed up the long-delayed program, but they cautioned that more work still needs to be done before such methods can be used for regulatory purposes, including the EDSP prioritization.

In general, EPA’s scientific advisory panel lauded the agency for its work in developing a prioritization approach for endocrine disrupter screening, but some members showed concern about the lack of exposure assessment in the approach. It is unclear how EPA will take into account exposure and bioavailability of compounds in the prioritization process, said panel member Janice E. Chambers, director of the Center for Environmental Health Sciences at Mississippi State University.

UNDER REVIEW
[+]Enlarge
EPA plans to screen an assortment of chemicals for endocrine activity.SOURCE: EPA 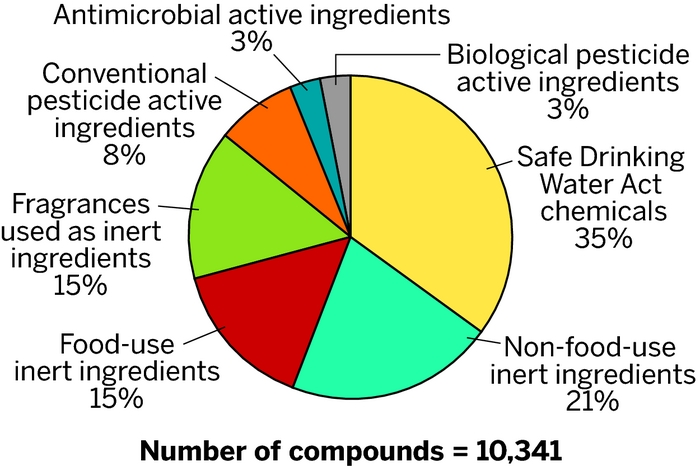 EPA plans to screen an assortment of chemicals for endocrine activity.SOURCE: EPA

The use of computational methods and high-throughput assays holds great promise for improving the efficiency and effectiveness of the program’s priority-setting process, says Richard A. Becker, a senior toxicologist and senior director of regulatory and technical affairs at the American Chemistry Council, an industry group that represents chemical manufacturers. “Clearly, however, this EDSP priority-setting approach is still a work in progress.”

In particular, Becker points out that not all of the high-throughput assays have been run on the same chemicals. He suggests that EPA use a single set of reference chemicals to evaluate the assays, thereby allowing the agency to perform a side-by-side comparison of them.

Becker and other industry representatives also stress the importance of making the algorithms used in high-throughput assays transparent. “The high-throughput models should not be black boxes,” Becker says. “You shouldn’t have to reverse engineer those models to evaluate performance.”

Stakeholders in favor of reducing the number of animals used in EDSP testing are also wary of the high-throughput assays, despite the fact that they would use fewer animals than many of the required screening assays. “High-throughput assays may be less sensitive, but we really don’t know. We don’t fully understand the assays,” says Catherine Willett, director of regulatory toxicology, risk assessment, and alternatives to animal testing at the Humane Society of the United States. EPA is “moving in the right direction, but it is not there yet,” she says.

And Willett urges EPA to develop models for predicting whether chemicals will bind to the thyroid and androgen receptors. EPA has developed a system for predicting a chemical’s affinity to bind with the estrogen receptor, but it has yet to come up with an analogous system for the thyroid and androgen receptors. Such models could be validated with the help of guidelines from an international policy group such as the Organisation for Economic Cooperation & Development, Willett suggests.

Kristie Sullivan, director of regulatory testing issues for the advocacy group Physicians Committee for Responsible Medicine, encourages EPA to make replacement of the 11 screening assays a short-term goal. “It appears that EPA has created a screen for a screen,” Sullivan says. “Of course, it is extremely useful to get from 10,000 chemicals to a couple of hundred chemicals, but we are still seeing it as a new layer in front of the current tier of assays.”

EPA has a busy schedule for its endocrine disrupter program for the rest of this year. In addition to finalizing the prioritization approach, examining the 11 screening assays, and validating the targeted animal tests, the agency plans to issue test orders for the second set of chemicals.

In 2010, EPA singled out 134 chemicals, including several compounds found in drinking water, to be included in that second set. The list also includes numerous pesticides, two perfluorocarbon compounds, three pharmaceuticals (erythromycin, nitroglycerin, and quinolone), and certain chemicals used in industrial manufacturing processes such as the production of pharmaceutical and personal care products. But the agency hasn’t finalized the list, nor has it sent out test orders for the chemicals.

As EPA tries to move ahead with the program, it is unclear how it will pay for the extra work. The agency was already struggling with limited resources before it proposed using computational toxicology and high-throughput assays for prioritization. In the current budget climate, EPA has even less money and manpower.

Comments
Robert Buntrock (March 26, 2013 3:10 PM)
I have several concerns and questions about any endocrine testing and screening including EDSP, especially for estrogenic effects and disruption.

Given the number of number of naturally occurring compounds with estrogenic activity, including estradiol and other estrogens as well as soy sterols, have competitive studies been done with mixtures of these compounds and the compounds to be tested?

What are the comparative binding constants of compounds to estrogen receptors?

How accurate are the predictive binding affinities to the observed?

Natural estrogen receptor binding cannot be permanent so what are the comparative desorption or unbinding constants?

What are the links to the EPA lists of compounds for testing?

What are the citations to endocrine receptor modeling?

How relevant are the existing receptor binding tests to whole body mammalian exposure?

The accuracy and relevance of any endocrine testing is essential to determine for any regulation measures to be taken. As mentioned in the article, exposure and bioavailability data are essential, including Effective Toxicity Factors (ETFs) based on toxicity, mobility, persistence, and bioaccumulation.
Reply »