The French Stench, The English Pong, The Cheesy Norwegians

With just 10 or so miles separating England from France, there are days when a Brit can catch sight of the French coastline and almost smell the hot croissants and pain au chocolat. In late January, however, the smell emanating from northern France was anything but appetizing.

[+]Enlarge
Credit: Manchester Evening News Syndication
High-priced smell: Wilman has been offered $65,000 for the ambergris he and his dog, Madge, found. 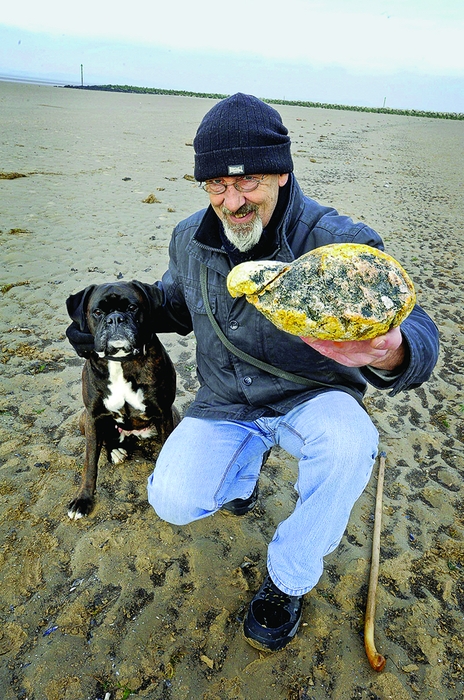 Credit: Manchester Evening News Syndication
High-priced smell: Wilman has been offered $65,000 for the ambergris he and his dog, Madge, found.

A sulfurous rotten-egg smell first tingled the senses of inhabitants across northern France on Jan. 21. The source of the smell was Lubrizol, a specialty chemical manufacturer with a production plant in Rouen, 75 miles northwest of Paris. The problem was an uncontrolled release of mercaptan, a nontoxic organosulfur compound that companies add to natural gas to give it a detectable smell.

Mercaptans, also known as thiols, are detectable by the human nose at concentrations of about 10 ppb. Anyone who has smelled skunk spray, made of low-molecular-weight mercaptans and derivatives, will have an inkling of France’s problem.

By the evening after the release, the stench had blown southward into the fringes of Paris’ northern suburbs. The olfactory offensive was so awful that people were forced to stay indoors, with many reporting nausea and headaches.

Mercaptan was still leaking from the plant the next day, when the wind switched to blow in a southeasterly direction. Unsuspecting Brits in southeastern England got a whiff just in time for breakfast.

Before long, the stench was picked up by the British media. “Does your street have a strange pong?” BBC’s Jeremy Vine asked millions of listeners during his midday radio phone-in show. “Apparently it smells of sweat, garlic, and rotten eggs,” said Jimmy Carr, a comedian and the host of TV quiz show “8 out of 10 Cats.” According to the acerbic Carr, “The cause has been narrowed down to two sources: everything in France, or everyone in France.”

Within days it was England’s turn to be the source of an unpleasant smell, albeit a more localized one: This time the “pong” was from a 3-kg lump of ambergris, the intestinal slurry of a sperm whale that has hardened over time into a waxy material. The stuff had washed up onto Morecambe beach, in northwest England. Local man Ken Wilman discovered the football-sized lump while walking his dog. “It smelled horrible,” Wilman told Mirror News. 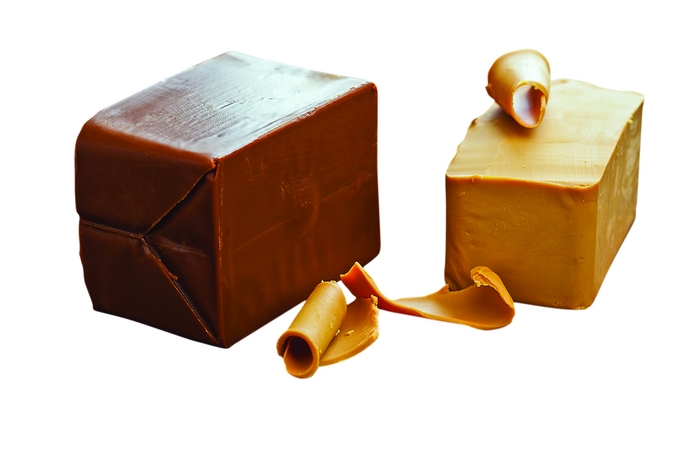 Ambergris is said to have a musky smell that improves as the material oxidizes. So the heavily scented substance is used as a base for a number of perfumes. But because there are no commercially available alternatives, it’s highly sought after by the perfume industry.

A French ambergris dealer has reportedly offered Wilman $65,000 for his smelly lump. And Wilman might want to expedite the sale: In October, researchers at Firmenich, a Geneva-based flavors and fragrances firm, published a scientific paper outlining a cost-effective bioprocess for generating sclareol, a diterpene analog that can substitute for ambergris scentwise (J. Am. Chem. Soc., DOI: 10.1021/ja307404u).

As smelly as they were, the ambergris and mercaptan episodes might have been “out-odored” by a concurrent event in Norway: As mercaptan wafted across France and England, about 27 tons of caramelized brown goat cheese, a national delicacy named brunost, was burning uncontrollably in northern Norway’s Brattli road tunnel. Fueled by the cheese’s high fat and sugar content, the cheesy fire spewed noxious fumes from a mile inside the tunnel for five days before it could be extinguished. Local police told news outlets the cheese burned “almost like petrol.”

Europe’s year has certainly begun with a stink.

Chemical Communication
Biochemistry to boost garlic breath and canine COVID-19 detection
Education
Spill stories, stinky and sticky
Environment
Sweet Smell Of Repellent
Share X
To send an e-mail to multiple recipients, separate e-mail addresses with a comma, semicolon, or both.
Title: The French Stench, The English Pong, The Cheesy Norwegians
Author: Alex Scott
Chemical & Engineering News will not share your email address with any other person or company.

Alex Scott (April 22, 2013 4:41 AM)
Hi Robert, the offending smell was from methyl mercaptan. Thanks for raising the need for clarificatio
Reply »