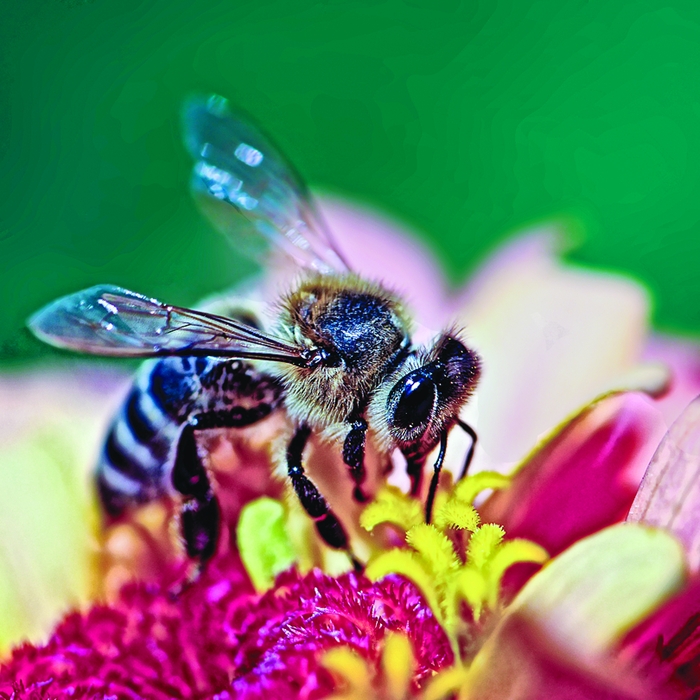 Credit: Shuttestock
A study finds neonicotinoids have a detrimental effect on bees’ brains.

As the Environmental Protection Agency faces a lawsuit over its policy to allow use of a pesticide class implicated in global honeybee die-offs, new evidence that the compounds may damage the brains of bees could convince the agency to reconsider.

Scientists are investigating many possible causes of honeybee deaths. Neonicotinoid pesticides are under particular scrutiny, however. A growing body of field research studies links these compounds to behavior changes that affect bee survival, including impaired memory and navigation.

Until now, neonicotinoids’ effects on bees’ brains have been unknown. A new report finds that neonicotinoids and another pesticide class, the organophosphates, inactivate brain cells that help bees learn (Nat. Comm., DOI: 10.1038/ncomms2648). 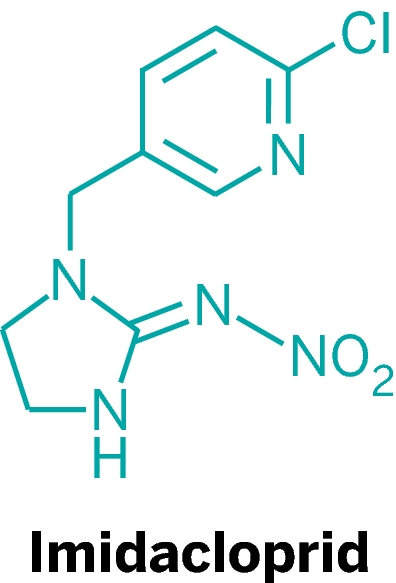 But honeybees are not killed right away. To find out whether the compounds’ modes of action translate to effects on bee brain function, a team led by Christopher N. Connolly at the University of Dundee, in Scotland, monitored nerve signals at the learning centers of intact honeybee brains as the bees were exposed to the pesticides.

At doses commonly found in plants treated with the pesticides, the neonicotinoids imidacloprid and clothianidin each inactivated bee brain nerve cells after 20 minutes. The organophosphate coumaphos, which beekeepers use to prevent mites, led to epilepsy-like brain activity in bees before it, too, shut down learning center nerve cells.

“If bees can’t learn efficiently, then they can’t forage efficiently and the whole colony is likely to struggle and weaken,” Connolly says. 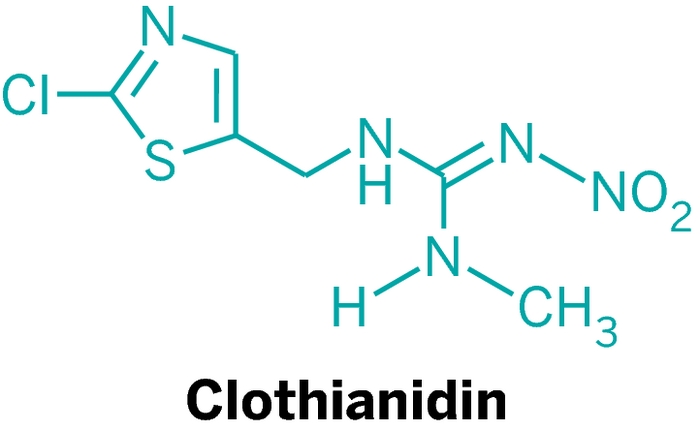 But Christian Maus, a safety manager at Bayer CropScience, which makes clothianidin, cautions that it’s tough to determine what happens to bees in nature from this study, because it was conducted on isolated bee brains in direct contact with insecticides, without any of the normal protective barriers or metabolism.

It’s great to know the underlying mechanism for the behavioral impairments scientists have observed in the field, says David Goulson, who studies bees at the University of Stirling, in Scotland. But he’s not sure this result changes the wider debate about whether to ban neonicotinoids.

That debate came into renewed focus on March 21, when a coalition of environmental groups and beekeepers filed suit against EPA, claiming the agency rushed approval of two neonicotinoids—clothianidin and thiamethoxam—without addressing how they impact bees and other pollinator species. The groups are demanding that EPA ban the pesticides.

“Beekeepers and environmental and consumer groups have demonstrated time and time again over the last several years that EPA needs to protect bees,” says attorney Peter T. Jenkins of the Center for Food Safety, which is representing the plaintiffs in the lawsuit. “The agency has refused, so we’ve been compelled to sue.”

Policy
EPA denies petition to ban chlorpyrifos
Environment
EPA makes slew of decisions on pesticides
Environment
Opposition To Neonicotinoids Intensified
Share X
To send an e-mail to multiple recipients, separate e-mail addresses with a comma, semicolon, or both.
Title: Pesticides Shown To Damage Bee Brains
Author: Carmen Drahl
Chemical & Engineering News will not share your email address with any other person or company.

Comments
Joe (April 1, 2013 8:54 PM)
We have had enough studies we have seen enough evidence these toxins need to be banned immediately! There is no way the one or two studies done by Bayer is correct and the 200 independent studies are all wrong! The EPA can not keep ignoring this.
Reply »

Lin (April 2, 2013 4:46 PM)
The cat is out of the bag now and there is nothing Bayer, Syngenta or the EPA could say to make this disaster go away except ban it and hope to gain some credibility.
Reply »

Robin Suzanne (April 10, 2013 5:49 PM)
The EPA needs to step up to the plate here and save the bees, which will help save our food supply. They have been silent on the damage done to the environment by Monsanto... I hope they will deal with that issue also. Like yesterday! It is that urgent.
Reply »

melissa (April 11, 2013 2:39 PM)
Since there is so much manipulation of the publics understanding on all topics that have any capital interest, and the deregulation of all things relating to capital, and corporate control of what is a bogus facsimile of a democracy, the most realistic solution, in my opinion are law suits brought by independent groups on behalf of the commons, groups that cannot be lobbied in the way political representatives are, but rather groups that have been operating under a charter that has actively been protecting the commons, such as greenpeace, with all proceedings being televised on a venue such as cspan to help insure against judicial corruption.
Reply »

Andrew Merrick (June 4, 2013 7:44 PM)
We need the bees to survive. This should be a quick easy vote to protect the bees. Unless money is more important than survival.
Reply »

JR Miles (August 27, 2013 11:59 PM)
It's important to remember that if these pesticides become more heavily restricted the older, often times more toxic and persistent, pesticides may (likely will) come back into use. (nervous system disruptors mostly) Regulation needs to be broader, not just product specific.
Reply »