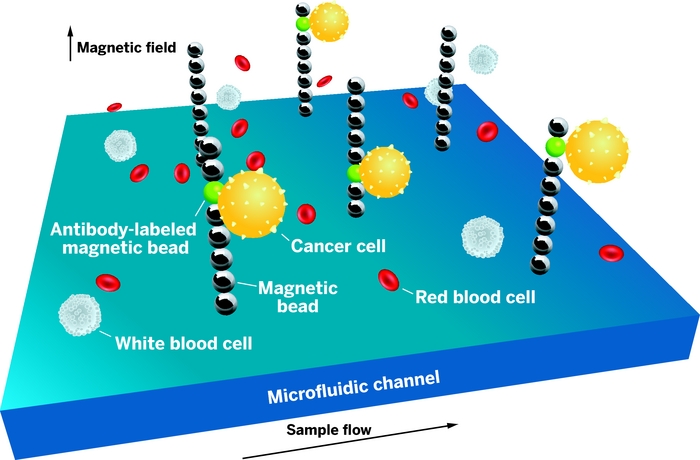 Tumor Cells Snagged On The Fly

One way cancer spreads is by shedding cells from the primary tumor that establish secondary tumors in other sites. The cells travel through the bloodstream, and more tumor cells in the blood hint at a worse outcome for the patient. The challenge is finding these circulating tumor cells (CTCs) against a background of regular cells. A single milliliter of blood contains approximately 5 million white blood cells and 5 billion red blood cells. How many CTCs are hiding in that crowd? Sometimes only one.

If doctors want to analyze these rare CTCs to assess the prognosis for cancer patients, they first have to fish for them. Microfluidic devices that pump liquids through tubes as thin as a hair to analyze them might be just the right kind of fishing rods. Speakers in two symposia at Pittcon focused on these devices and strategies for capturing the dangerous cells.

So far, just one method for counting CTCs has met with Food & Drug Administration approval, the CellSearch test sold by Veridex. In this test, cells are pulled out of blood samples with antibody-labeled magnetic beads and stained with targeted fluorescent dyes.

Scientists who are working toward new and improved tests to replace CellSearch start with a common definition: CTCs are nucleated cells that express two specific types of proteins on their surface, an epithelial protein cell adhesion molecule and one or more cytokeratins. And they don’t express the protein CD45, which is typically considered a marker for white blood cells.

As chemists and engineers are developing a variety of microfluidic CTC tools, they are observing that small changes in device geometry can make a big difference in capture efficiency. The researchers consistently find that their devices designed with new parameters in mind outperform the commercial Veridex system. 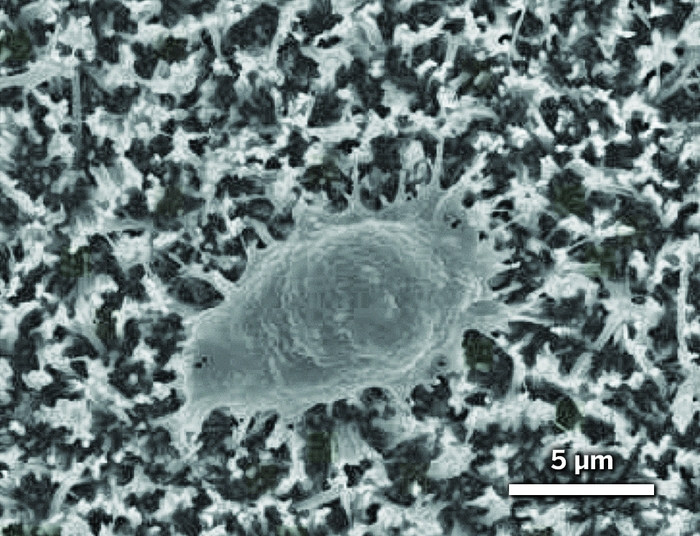 Another new method that combines microfluidics with magnetic capture to sort CTCs is the brainchild of Jean-Louis Viovy and coworkers at the Curie Institute, in Paris (Proc. Natl. Acad. Sci. USA, DOI: 10.1073/pnas.1001515107). These researchers pattern “magnetic anchors” on the bottom of a microfluidic channel and then flow antibody-labeled magnetic beads through the channel. In an applied magnetic field, the beads align with the anchors to form a hexagonal array of stacked beads. As a blood sample flows through the channel, the antibody-labeled beads pull the tumor cells out of the stream. Viovy and coworkers were able to capture not only circulating solid tumor cells but also lymphoma cells.

In another type of device, sticky “nano-Velcro” surfaces enable the detection, isolation, and analysis of CTCs. Hsian-Rong Tseng and coworkers at the University of California, Los Angeles, make the nano-Velcro from a nanostructured polymer fiber mesh, which snags nanostructures on cell surfaces. By coating the fibers with antibodies, the researchers can target specific cells. Tseng said his team captures more cells with the “hairy” surface than with a similarly functionalized smooth surface. The cells captured on the nano-Velcro chips can be treated and archived like conventional pathology samples, he said. His group used the chips to analyze individual circulating melanoma cells (Angew. Chem. Int. Ed., DOI: 10.1002/ange.201208452).

CURVES AHEAD
[+]Enlarge
Credit: Steven Soper
The sinusoidal channels in this microfluidic device force tumor cells to the walls where they can be caught. 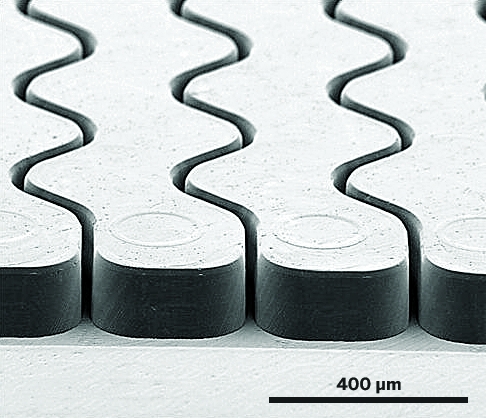 Credit: Steven Soper
The sinusoidal channels in this microfluidic device force tumor cells to the walls where they can be caught.

In yet another method, called geometrically enhanced differential immunocapture, antibody-coated posts are offset from one another in an array (PLoS ONE, DOI: 10.1371/journal.pone.0035976). The offset makes large cells like CTCs more likely to interact with the posts and be captured than they would be with an aligned array, said Steven M. Santana, a graduate student in Brian J. Kirby’s group at Cornell University.

The new CTC-monitoring microfluidic technologies reported at Pittcon consistently outperform the Veridex system at detecting small numbers of cells cultured from cancer cell lines and spiked into whole blood. But Jeffrey J. Chalmers, a chemical engineering professor at Ohio State University, pointed out that cell lines are not the same as real CTCs in real patient samples.

In fact, Chalmers said, the Veridex definition of CTCs could exclude some relevant cells. Many CTCs undergo a transition in which they transform from epithelial cells into mesenchymal cells (a type of less-differentiated cells), which no longer have the characteristic markers. Chalmers is using microfluidic devices in an effort to expand the definition of CTCs to a broader range of cancer-associated cells with different surface markers.

The devices still need to win regulatory approval. But in the meantime, it’s clear they provide new ways to characterize CTCs. And armed with better information, researchers and their physician collaborators will be poised to make a difference for cancer patients, especially those who have cancers in which traditional imaging approaches don’t work well or who don’t have access to high-end technology.