Settlers Of Mars, Molecules Tied Up In Knots

[+]Enlarge
Credit: Bryan Versteeg/Mars One
Life on Mars: Rendering of Mars One community. 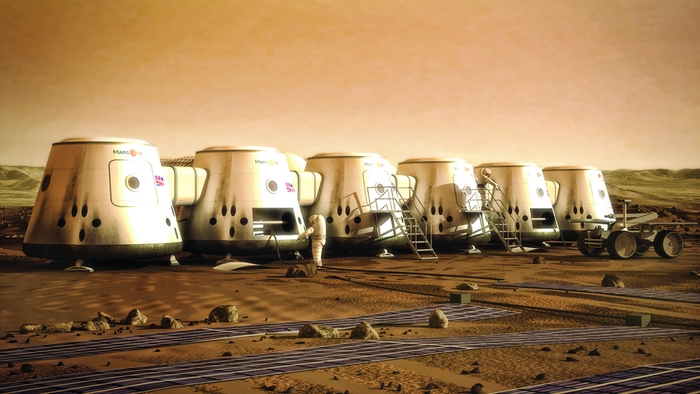 Credit: Bryan Versteeg/Mars One
Life on Mars: Rendering of Mars One community.

Imagine stumbling upon the following classified ad: “Now accepting applications for unbuilt home in inhospitable environment millions of miles from nearest supermarket or bus stop.” Sound appealing? Well, more than 78,000 people think so. That’s how many have applied to live on Mars since the Netherlands-based Mars One announced last month it is soliciting applications from individuals interested in settling the Red Planet in 2023.

Mars One has been working for two years to solidify the technical and financial road map that will make its dream of sending four civilian astronauts to Mars a reality.

On the technical side, the organization recently contracted with Tucson-based Paragon Space Development to design space suits and a life support system for the mission. On the financial side, Mars One plans on turning its search for four astronauts into a reality show. According to the organization’s website, “There is no doubt that the revenues of broadcasting rights and sponsorship can finance the human mission to Mars.” The price tag for the mission, the helpful website offers, is around $6 billion.

Mars One’s legwork has somehow convinced individuals from more than 120 countries to apply. The organization hopes to whittle this number down to between 28 and 40 people. These individuals will then train for roughly seven years before an audience vote helps decide who has the right stuff to travel to Mars.

Applications for this one-way trip to the Red Planet are being accepted until Aug. 31. Not surprisingly, applicants must pay a fee, one that’s based on the gross domestic product of his or her country. U.S. applicants, for instance, pay $38. If you’re considering applying, Newscripts suggests an easier way to throw your cash away, with no application forms to fill out: Just flush the money down one of Earth’s many toilets.

Science enthusiasts who would prefer to stay on their home planet to celebrate their beloved discipline might want to head over to ChemKnits, a blog featuring molecule-inspired knitting patterns. The knit-it-yourself designs include everything from a caffeine coffee cozy to a resveratrol wine cozy to a hangover beer cozy sporting depictions of the ethanol metabolism pathway and ibuprofen.

[+]Enlarge
Credit: Courtesy of Rebecca Brown
Hangover cozy: Ethanol metabolism pathway in the front, ibuprofen in the back.

Credit: Courtesy of Rebecca Brown
Hangover cozy: Ethanol metabolism pathway in the front, ibuprofen in the back.

As the designs suggest, site creator Rebecca Roush Brown likes to brainstorm knitting patterns for items where “there is a relationship between the use of the item and the molecule itself.” Case in point, Brown plans to one day create a glucose oven mitt for serving up sugary baked goods.

In total, ChemKnits features more than 40 such knitting charts, a collection that Brown has been adding to since she “cast on” the website in 2008. At that time, Brown was a Harvard University grad student studying biological chemistry and molecular pharmacology who enjoyed using what little free time she had to knit. In the end, it just made sense to Brown to combine her two interests.

“Creativity in knitting design is a learned skill, just like creativity in research,” Brown, who earned her Ph.D. in 2011, tells Newscripts. “You learn a few basic techniques very well and then start applying them to different goals you want to achieve.”

The union of science and knitting makes sense to others, too. More than 1,500 people visit the ChemKnits blog on its busiest days, plus 1,000 more daily visitors check out the ChemKnits YouTube channel, which features knitting and yarn-dyeing tutorials. Says Brown, “I am amazed that there are so many people who enjoy my knitting perspective.”