[+]Enlarge
Credit: Toni Barros/Wikimedia Commons
Good-bye, Dolly: Did tiny telomeres do her in? 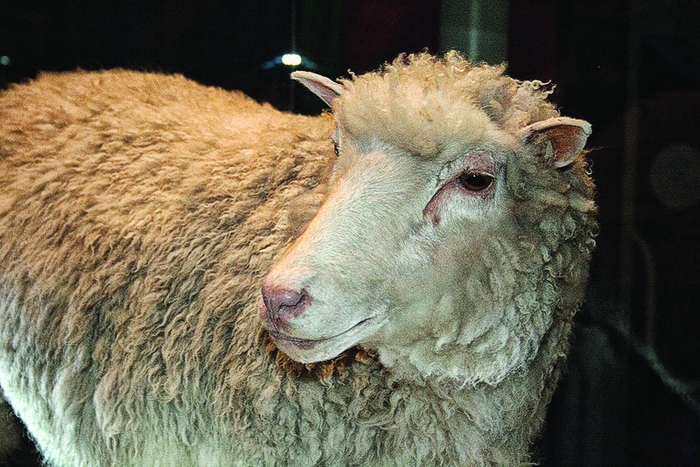 Credit: Toni Barros/Wikimedia Commons
Good-bye, Dolly: Did tiny telomeres do her in?

When Dolly, the famous cloned sheep, died young, some scientists thought her telomeres contained a telltale sign that she’d aged prematurely. Telomeres are repetitive sequences of DNA that protect the ends of chromosomes. They get shorter with age. And Dolly’s were shorter than normal.

Since Dolly’s death, telomere experts have picked up a Nobel Prize. But researchers are still trying to connect the dots between telomere length, health, and aging. So a press release titled “How Healthy Are You For Your Age?” certainly caught the Newscripts gang’s eye. It touted “a technique to measure the health of human genetic material in relation to a patient’s age.”

“Adoption of this technique,” the release continued, “will allow clinicians to monitor a patient’s health as they are treated.” That sounded premature. And in fact, it was.

Newscripts contacted lead author Gil Atzmon at New York City’s Albert Einstein College of Medicine. The release, he explains, describes a video produced in his lab for the Journal of Visualized Experiments (2013, DOI: 10.3791/50246). It doesn’t contain new scientific work. Rather, it is a demonstration of already-published methods for monitoring both telomere length and the enzyme telomerase, which maintains and lengthens telomeres.

Atzmon hoped the video would clarify the techniques so that they could be widely adopted by the research community. That way, scientists will be able to obtain large amounts of telomere data, he says. From there, researchers can continue piecing together the connections between disease states and telomere length.

That’s incredibly important work. But it’s not what the release described. To the journal’s credit, Rachel Greene, director of marketing, apologized that we found the press release misleading.

What’s unfortunate is that misleading news releases aren’t all that rare. And when they get to reporters who simply parrot them, whether because of lack of time or lack of diligence, everyday folks get the proverbial wool pulled over their eyes.

As if three-dimensional printing weren’t already the media darling of materials technology, it now can boast a connection to British royalty. His Royal Highness Prince Harry received a 3-D printed doll of himself while on a tour of the U.S. last month.

[+]Enlarge
Credit: MakieLab
The prince and the PM: This photo screams “caption contest.” 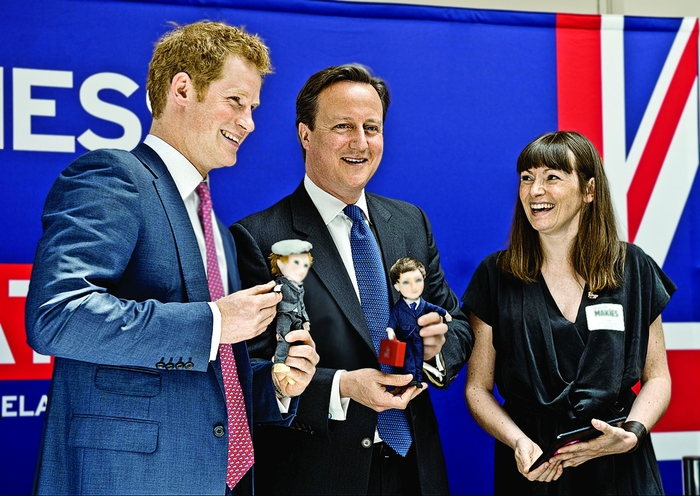 Credit: MakieLab
The prince and the PM: This photo screams “caption contest.”

London-based start-up MakieLab produced the Harry doll, which sports cartoonishly large eyes and wears the prince’s gray British Army beret. The two-year-old firm was chosen to present its wares at a New York City showcase of U.K. innovation. Both the prince and British Prime Minister David Cameron attended the event, and each received his own doll.

MakieLab manufactures the doll bodies with the 3-D printing technique known as laser sintering, says spokeswoman Jen Bolton. Beginning with a bed of nylon powder, a laser melts the topmost powder layer to the shape dictated by a computer model. The bed lowers, another layer of powder is swept on top, and the process is repeated until the doll is complete. The dolls’ clothes are handmade, and the hair and eyes are synthetic but not 3-D printed.

Much ink was spilled about the grimace the prince made when handed his 10-inch doppelgänger. And although it’s impossible to determine what he or Cameron really thought of the 3-D printed look-alikes, the pair at least was game for the customary photo op.

Comments
Shane Marlow (June 11, 2013 8:59 PM)
There have been numerous studies around the world validating the role of telomere length in relation to disease symptoms as well as aging (see Harvard Medical School 2010 mouse study for one). Yes, more research is ALWAYS NEEDED. Plus, drugs are always good (right? - wrong). There are extensive natural ways to lengthen telomeres. When telomeres are short cancer is likely. Top scientists have already shown this to be the case.

Again, natural ways exist to lengthen telomeres and labs such as Sierra Sciences do perform extensive testing to ensure this is in fact taking place.
Reply »