[+]Enlarge
Credit: Courtesy of Anna Nekaris
Cute but deadly: The slow loris’s bite is worse than its hiss. 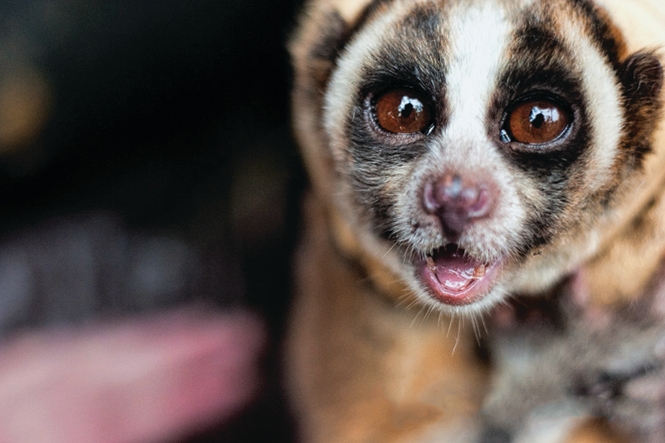 Credit: Courtesy of Anna Nekaris
Cute but deadly: The slow loris’s bite is worse than its hiss.

“I heard the regular breathing sound made by a cobra when he inflates and deflates his body. … I saw the outline of a cobra sitting up with hood expanded, and threatening a cat who crouched about six feet away. This was the loris, who, with his arms and shoulders hunched up, was a sufficiently good imitation of a cobra to take me in, as he swayed on his long legs, and every now and then let out a perfect cobra’s hiss.” (J. Still, “Notes: On the loris in captivity,” Spolia Zeylanica 1905, 3, 155).

Slow lorises are small, nonleaping, nocturnal primates found in Asian forests. They also look, sound, and move scarily like cobras. And they’re the only venomous primate.

Lorises don’t have venom sacs near their mouths—­their venom is activated by combining oils from their brachial arm gland with saliva. Yes, they brush their mouth along their oil-secreting arms to concoct an often deadly recipe. Their bites have been known to cause anaphylactic shock and death in humans.

“The venom appears to have multiple functions. It certainly repels olfactory-orientated predators; it can kill [surface] parasites,” Nekaris says. “And most remarkable, and not known before, is that it has a property that can severely damage rival lorises.”

All of these traits are fine and good (for the loris doing the biting anyway), but no other primates have developed venom. The team speculates that slow lorises may have developed venom as an adaptive strategy via Müllerian mimicry—essentially evolving to mimic cobras, much like how some butterflies’ wings look like glaring, predatory eyes.

Ancestors of lorises and cobras migrated from Africa to Asia 16 million years ago across a continuous land bridge. Because the primates had to leave the trees and cross an open savanna-like landscape, this change in predation pressure, the team speculates, may have led them to mimic cobras. By adapting to have a hisslike pant, serpentine moves, and facial markings that look like the eyes and stripes of the spectacled cobra, they likely avoided bullying in the savanna.

Nekaris, who shared the 1905 quote with Newscripts, is preparing a study to show the effects of loris bites on humans. Although they are simply fascinating animals, Nekaris warns, “they are not suitable pets!”

[+]Enlarge
Credit: Shutterstock
On the rocks: Salmon belly up to the table when whiskey by-products are on the menu. 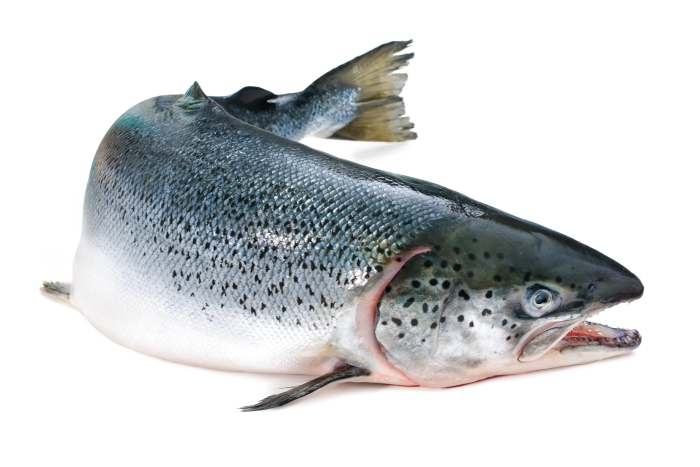 Credit: Shutterstock
On the rocks: Salmon belly up to the table when whiskey by-products are on the menu.

But now, chemical engineers from Heriot-Watt University, in Scotland, are planning to turn by-products from whiskey into protein-rich food for farmed salmon.

The Institution of Chemical Engineers (IChemE) says that for every liter of whiskey produced, up to 15 L of by-products are generated. And the U.K. alone produces more than 500 million L of whiskey each year.

“Distillery effluent can be damaging,” IChemE CEO David Brown says, “but it also contains potentially valuable nutrients and micronutrients. The coproducts can also be used to produce a microbial biomass, which has the potential to be a cheap and sustainable source of protein-rich feed.”

Given that some factory farms have come under fire for feeding hormones to cows, arsenic to chickens, and pigs to pigs, the salmon seem to have gotten a good bargain. IChemE gives no mention, however, of whether the by-products are at all alcoholic, leaving open the possibility of turning the farms’ fish into lushes.