Energy ministers from around the world met in Washington, D.C., for three days earlier this month to wrestle with how to reenergize efforts to cut carbon emissions from coal-fired power plants.

The goal of the ministers, who make up the Carbon Sequestration Leadership Forum (CSLF), is to keep coal in the global energy mix by reducing its greenhouse gas emissions. Their solution, not surprisingly, is a rapid acceleration of R&D for technologies that capture and sequester underground carbon dioxide emitted by power plants, refineries, and industrial manufacturers that burn fossil fuels.

ONE OF A KIND
[+]Enlarge
Credit: Mississippi Power
After the annoucement of 18 CCS R&D projects, Moniz visited this Kemper plant, which will be the first U.S. coal-fired power plant to use CCS technology. 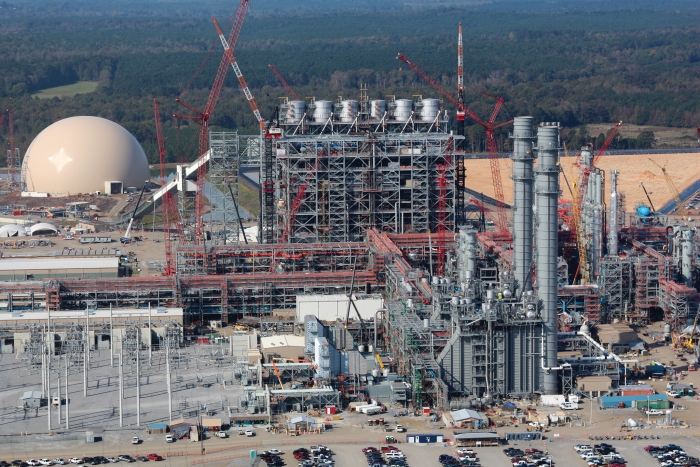 Credit: Mississippi Power
After the annoucement of 18 CCS R&D projects, Moniz visited this Kemper plant, which will be the first U.S. coal-fired power plant to use CCS technology.

The international ministers have a lot at stake. The 22 countries they represent, along with the European Commission, are responsible for 76% of the world’s CO2 emissions and hold more than half of the world’s population.

Created a decade ago, CSLF has had limited success in pushing carbon sequestration. But it says the next seven years will be the most critical time to act to cut greenhouse gas emissions to stave off the impact of global warming. The group wants to speed up development of commercial-scale coal-fired power plants with carbon capture and sequestration (CCS) systems and have these plants operating by the early 2020s. However, CCS technologies have to date been nearly impossible to move beyond the pilot scale.

The problem has been the lack of an incentive to encourage coal-based electricity generators to deploy expensive, complicated CCS systems, says Charles D. McConnell, head of Rice University’s Energy & Environment Initiative and a former Department of Energy assistant secretary of energy, which made him DOE’s top fossil-fuel official. He and a host of other energy experts note there are no carbon taxes, no market-based carbon trading systems, and no regulations in place with cost penalties sufficiently high enough to change behavior and spur CO2 emissions reductions.

To download a pdf of this article and map, visit http://cenm.ag/carbon2013.

This void has led to a plethora of DOE-funded carbon capture pilot projects but a nearly impossible path to get past demonstrations and on to large, commercial coal-fired power plants (C&EN, July 16, 2012, page 37).

Absent regulations, McConnell says, he and other coal advocates are exploring selling CO2 as a commodity to drive CCS development. Specifically, they are looking at taking CO2 captured by electricity utilities using CCS technology and selling the gas to oil companies for use in enhanced oil recovery (EOR) projects in “depleted” oil fields. Today, a limited amount of pressurized CO2 is driven underground to force remaining oil to the surface. But an unusual mix of supporters—including coal advocates, DOE, CSLF members, and some environmental activists—would like to see EOR’s use expanded so that it creates a market for CO2 captured from coal-fired power plants.

Meanwhile at the energy ministers’ meeting, U.S. Energy Secretary Ernest J. Moniz stressed his view that the recent EPA proposal to cap CO2 emissions from new natural-gas- and coal-fired power plants could be another CCS driver (C&EN, Oct. 7, page 42). The proposal would require coal-fired plants to reduce emissions significantly but would ease utilities’ pain by allowing power plants to collect only part of their CO2 emission stream and to stretch out compliance for several years. The proposal, however, is soft on natural-gas-fired plants, which emit about half as much CO2 as coal-fired plants. Although the limit for gas is more stringent than that for coal-fired plants, gas facilities can already meet the cap without CCS technology.

EPA has said CCS technology is good to go, pointing to three new U.S. coal-fired power plants where the technology will be employed. However, only one is actually under construction—Southern Co.’s 582-MW integrated gasification combined cycle (IGCC) power plant, which is nearing completion in Kemper County, Miss. The plant is expensive, over budget, and delayed. It is expected to cost $5 billion when completed next year. Some $270 million of that money came from DOE.

For Moniz, the EPA proposal creates a sense of “urgency” to improve and commercialize CCS technology. Echoing EPA, he added that CCS “is ready. It is there.”

When discussing the grants, Moniz underscored DOE’s support for coal, noting that coal and other fossil fuels “will be a major part of our energy future for decades.”

>> Having trouble viewing Interactive Timeline, Go here | Download a pdf of this article

Coal supporters take issue with EPA’s and Moniz’s statements that CCS technology is ready for prime time as well as with EPA’s proposal to limit CO2 emissions from power plants.

At a nearly four-hour hearing on Nov. 14 before the House of Representatives Energy & Commerce Committee, Republicans blasted EPA for the proposal. They also announced draft legislation by coal-state congressional members to stop EPA from issuing any such regulations. Their draft bill would block requirements based on CCS technology until at least six power plants have used the technology continuously for more than a year. The bill, several committee members and hearing witnesses noted, would remove any incentive for CCS deployment.

For McConnell, the EPA proposal is “disingenuous.” He criticizes the agency for “unilaterally declaring” CCS technology ready for commercial deployment while ignoring the fact that none of the three projects EPA cites is operating and two have yet to even obtain financing to begin construction.

The proposal, he adds, ensures CCS technology will not be deployed. “No utility is going to deploy something that is not technically ready,” McConnell says. “Instead utilities will invest in natural gas plants.”

Concerning DOE’s touted $84 million investment, McConnell calls it “chump change.” He notes DOE has reduced its fossil-fuel R&D budget over the past three years and a one-time infusion is unlikely to make much difference. He acknowledges that several billion dollars was set aside for large-scale coal projects through the American Recovery & Reinvestment Act of 2009, but, except for Kemper, he says, the facilities earmarked to receive the money have not advanced to construction and are unable to take advantage of the government’s largesse.

These difficulties have led McConnell and others to push for expanding EOR operations that use CO2 from coal-fired power plants’ CCS operations. The Kemper plant, he notes, as well as the other two proposed facilities cited by EPA, plan to sell CO2 for EOR operations.

“This isn’t a small niche market,” McConnell says. “It could be huge. This is a good thing for domestic oil production, jobs, and energy security, and it also is an environmental pollution solution. It is the perfect play.”

McConnell and other EOR advocates see the practice as a “bridge technology” allowing coal’s use to continue for 50 or so years, while nonfossil energy technologies develop. He estimates the U.S. currently gets about 5% of its domestic oil through EOR efforts. That level could grow to 45% with the addition of CO2 from CCS operations.

Because of the greenhouse gas reduction potential in this scheme, it is also backed by the Natural Resources Defense Council (NRDC), the World Resources Institute, the Clean Air Task Force, and other environmental groups.

John Steelman, NRDC’s climate-change program director, says about half of an oil field’s oil reserves remain after drilling and about half that amount could be recovered through EOR. Returning to old brownfield sites, he says, is far superior to drilling in undeveloped new areas or extracting oil from tar sands or through hydraulic fracturing in populated areas.

To encourage CCS technology use, Steelman suggests tax revenues from the new, EOR-sourced oil be used to give tax breaks to oil companies that use coal-based CO2 and to provide funds to support CCS development and deployment.

EOR operations, however, must be closely monitored, he underscores, to ensure the CO2 stays underground.

“But overall,” Steelman says, “we see this as a win-win-win for oil companies, the coal industry, and the environment.”

To download a pdf of this article and map, visit http://cenm.ag/carbon2013.

Comments
James (November 25, 2013 10:21 AM)
Don’t be fooled by the promise of “clean” coal. “Clean coal” is the industry’s tooth fairy. There’s no such thing.
Wind and solar on the other hand, are real clean energy technologies that are viable today. http://clmtr.lt/cb/z840AU
Reply »