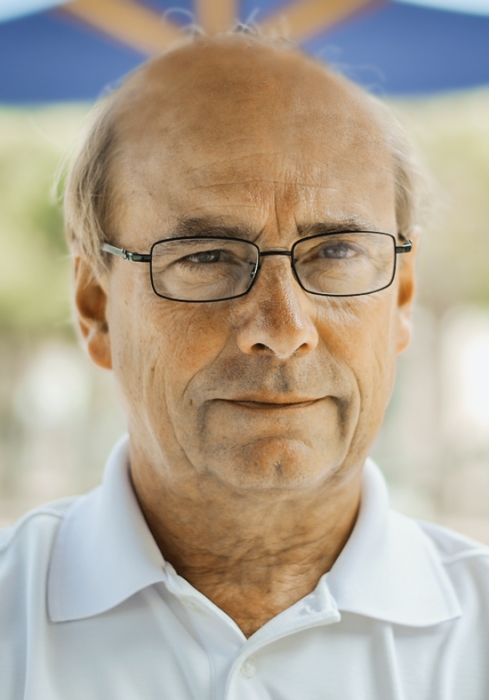 Guy Bertrand “wanted to make molecules that were supposed to be nonexistent,” he recalls. “My whole career, my idea was ‘Can we do something that is supposed to be impossible?’ ” The urge to challenge dogma led Bertrand to prepare the first stable carbenes in 1988. Carbenes feature a neutral carbon with two bonds and two unshared valence electrons. “Nobody realized at that time that carbenes would become ubiquitous ligands for transition metals. One of my colleagues told me, ‘You should do something more interesting.’ ”

Now Bertrand, 61, is being honored by the chemistry community for his contributions in the development of the chemistry of stable carbenes, which have become popular ligands, synthetic intermediates, and even stand-alone catalysts.

But chemistry wasn’t his first love. Early on, Bertrand wanted to be a professional tennis player. “I was not good enough, what can I say?” He found during his undergraduate education that he enjoyed the sciences, and had a knack for chemistry in particular. In graduate school, he focused on main-group chemistry, silicon and germanium specifically, and he earned a Ph.D. from Paul Sabatier University in Tolouse, France, in 1979.

After two successful decades of research in France, Bertrand moved to the University of California, Riverside, in 2001. “I wanted to have a new challenge, this is why I decided to come to the U.S.,” he says. “Why in California? Because I like the weather.” In 2012 he moved to UC San Diego, where he says the weather is even better.

UC Riverside colleague Francisco Zaera says of Bertrand: “His most well-known contribution is the discovery in 1988 of the first stable carbene, namely a (phosphino)(silyl)carbene. Bertrand is the originator of stable carbene chemistry. In transition-metal catalysis, landmark results, obtained using his cyclic(alkyl)(amino)carbenes as ligands, include the first examples of hydroamination with ammonia and hydrazine. Very recently, he has prepared a new generation of carbenes, namely mesoionic carbenes, which cannot dimerize, leading to relaxed steric requirements for their isolation.”

Texas A&M chemistry professor François Gabbaï says, “Without a doubt, Guy is one of the most accomplished inorganic chemists of our times. His fundamental efforts have afforded an array of spectacular molecules including phosphinonitrenes, boron-based diradicaloid molecules, and phosphanylsilylcarbenes. I view Guy as one of the most driven chemists that I have ever met. He is highly creative and has kept on fueling his research efforts with new ideas and visions.”

Research in the Bertrand group continues to challenge chemical dogma. “The most important for me right now, and I would say the future, is to replace transition metals with main-group compounds” as catalysts, he says. Such advances could displace expensive rare-earth-based catalysts. “The idea is, ‘Can a carbene, for instance, do the job of a metal?’ And I think it’s possible.”

When asked to briefly describe his work, Bertrand says he makes “exotic molecules, which at first glance are totally useless—but they are cute. And sometimes they become very useful.”

Bertrand will present his award address before the Division of Inorganic Chemistry.