The U.S. Jumps Ahead Of The Petrochemical Pack

While American chemical makers rake in the cash, those in other regions of the world try to keep up 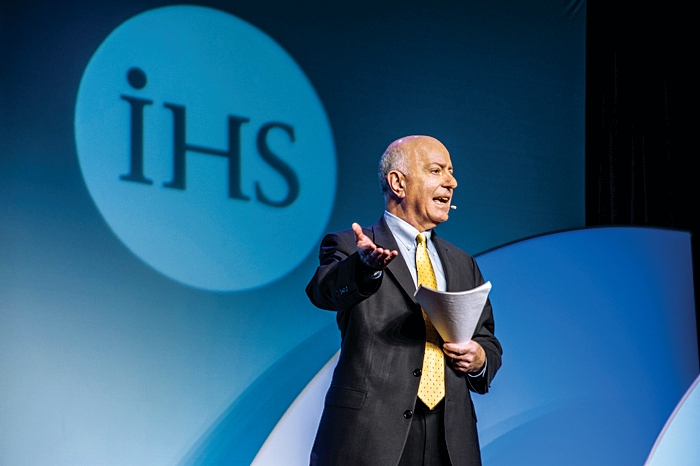 Anyone interested in understanding just how good the U.S. petrochemical industry has it, thanks to its shale gas riches, would have been well served to visit the Hilton Americas in downtown Houston late last month.

That’s where the consulting group IHS held its annual World Petrochemical Conference. Just looking around the room would have been sufficient. The place was packed. Some 1,300 people attended, about 100 more than last year.

So many executives registered for the conference this year that IHS was forced to move it into the Hilton’s biggest ballroom, which is one of the largest open spaces in Houston outside the city’s convention center and sports venues. Indeed, leaving the space for coffee breaks—with long queues of people shuffling toward the door—felt more like exiting an Astros game than a chemical industry meeting.

But the chemical world has realigned so much over the past several years that industry executives, their customers, and financial analysts were hungry for information. From the speakers’ stage, they heard that the resurgence in U.S. petrochemical profitability will last through the end of the decade, when a massive amount of new production capacity will come on-line in the U.S. and Asia. Speakers from other regions were largely concerned with how companies from those places will react to the new American petrochemical dynamo. 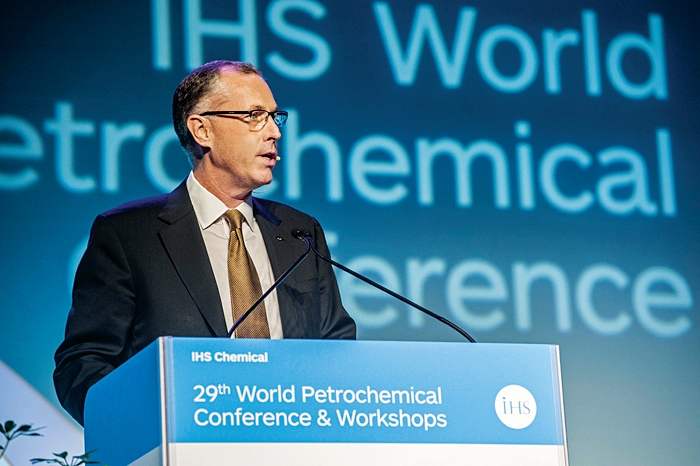 The U.S. has put the credit crunch behind it and is enjoying the tailwinds of new oil and gas supplies extracted from shale. Prices for natural gas and electricity, for example, are both a fraction of what they are in Europe. “These are great competitive advantages to many industries, especially the chemical industry,” Behravesh said.

Having moved past the worst of its debt crisis, Europe is seeing positive economic growth for the first time in three years. Even southern European nations such as Spain have turned the corner.

Behravesh’s deepest fears regard China. “China is an accident waiting to happen,” he told the audience. The country has grown its debt twice as fast as it has expanded its economy over the past five years. “No country has had that kind of increase in debt without something bad happening,” he cautioned.

In the U.S., the chemical industry’s extraordinary profitability is expected to last at least until 2018, when the slug of new capacity comes onstream, according to David H. Witte, general manager of chemicals for IHS. The U.S. produced about 25% of the world’s ethylene in 2008 but earned only 19% of the profits, Witte observed. By 2018, the U.S. will produce 24% of the world’s ethylene and earn 30% of the profits. U.S. ethylene profits will have nearly quintupled, to more than $31 billion per year. 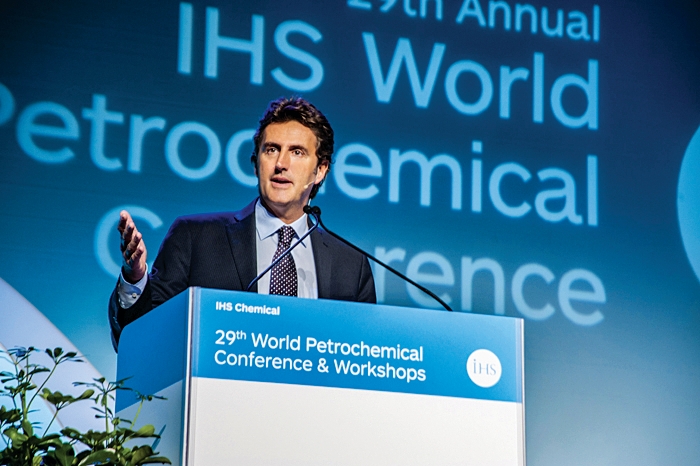 Also buoying manufacturers of chemicals and other goods is reshoring: the trend in which companies that had been building factories in countries with low labor costs, such as China, find it advantageous to set up in the U.S. again.

James R. Fitterling, executive vice president for feedstocks, performance plastics, and supply chain at Dow Chemical, picked up on the same themes. More than $100 billion in chemical investments are planned for the U.S., he reported. Ethylene capacity, in particular, will expand by as much as 50% by 2019.

U.S. exports, Fitterling said, will climb to more than $67 billion annually by then. “Not bad for an industry that a decade ago was back on its heels and was wondering if it would ever build capacity,” he noted.

Looking beyond chemicals, Fitterling said U.S. investments in industries such as electronics and appliances could amount to $120 billion in the coming years, adding 3 million U.S. jobs. This reindustrialization will also lead to R&D investment. “As soon as manufacturing gains a foothold, it requires a lot of brainpower to keep the momentum,” he said.

European chemical executives don’t have it so easy. For the past several years, the region’s chemical industry has been squeezed between poor demand and low-cost competition from the Middle East and U.S. “I’ve been dealing with the theme of competitiveness almost every day,” Daniele Ferrari, chief executive officer of Italian chemical producer Versalis, told the audience.

Ferrari’s biggest complaint concerns the energy policies of the European Commission, which, he bemoaned, has issued 74 counterproductive directives related to energy. The net result, he said, is expensive energy, low security of supply, the subsidy of unreliable forms of alternative energy, and higher carbon dioxide emissions. “This is a classic example of where you don’t want to be as a region,” he said.

Europe’s chemical makers are trying to maintain competitiveness by reducing costs, boosting energy efficiency, and developing technology. Taking a cue from competitor Ineos, in Scotland, Versalis wants to start importing ethane from the U.S. to feed its ethylene cracker in Dunkirk, France. Versalis is also licensing its elastomers technology to companies overseas and developing a platform of biobased chemicals on its home turf.

Shale isn’t the only new feedstock that has been changing the chemical landscape. Chinese companies plan to keep building petrochemical capacity locally in the coming years with coal as a raw material. Paul Pang, managing director of IHS Chemical China, projected that methanol- and coal-to-olefins capacity in China will amount to 19 million metric tons by 2018.

Coal is cheap, Pang noted. And even given the high capital costs of building a coal-to-chemicals plant—one with 600,000 metric tons per year of capacity can cost more than $3 billion—producing olefins from coal in China is more profitable than making them from petroleum.

But Pang also told the audience that he sees limits to coal. Coal-based chemistry is a water-intensive enterprise. That 600,000-metric–ton plant requires about 20 million tons of freshwater per year. If all 60 coal-based chemical projects being contemplated in China were built, an IHS study concluded, the amount of water they would need would be equivalent to one-quarter of the Yellow River’s flow.

Unwieldy feedstocks and a risky economy make China a less than ideal place to do business. Europe might be making some progress economically, but its energy picture keeps it a challenging place for chemical firms. Now, the U.S., with both plentiful feedstocks and promising local markets, will be the place where most attendees at the IHS conference want to invest.

Economy
Chemical earnings crater in the second quarter
Mergers & Acquisitions
SK to buy Baker Hughes polymer unit
Business
Business Roundup
Share X
To send an e-mail to multiple recipients, separate e-mail addresses with a comma, semicolon, or both.
Title: The U.S. Jumps Ahead Of The Petrochemical Pack
Author: Alexander H. Tullo
Chemical & Engineering News will not share your email address with any other person or company.