Long thought to be an oasis in a body otherwise colonized by microorganisms, the human placenta in fact harbors its own unique microbiome. The discovery may help answer questions about how newborns are colonized by microbes and also suggests that the placental microbiome influences pregnancy outcomes (Sci. Transl. Med. 2014; DOI: 10.1126/scitranslmed.3008599 ). 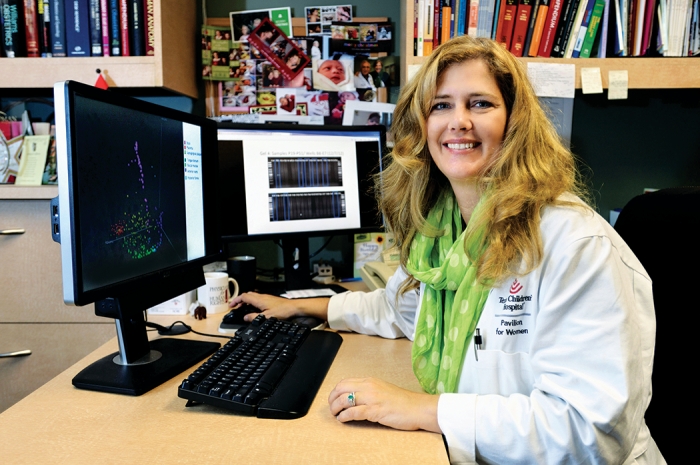 Kjersti Aagaard, professor of obstetrics and gynecology and molecular and cell biology, and colleagues at Baylor College of Medicine examined samples from 320 placentas. They discovered that, just like other areas in the human body such as the gut, skin, and oral cavities, the placenta contains diverse populations of benign bacteria from numerous phyla, including Firmicutes, Proteobacteria, and Fusobacteria, albeit in low abundance.

“This is a heroic study,” says Willem M. de Vos, microbiology professor at Wageningen University, in the Netherlands. “The findings are of significance as there is great interest in understanding how a newborn is colonized.”

Indira Mysorekar, professor of obstetrics and gynecology and pathology and immunology at Washington University School of Medicine in St. Louis, says the discovery of a placental microbiome is not in itself surprising, given that her group has seen bacteria species at the maternal-fetal interface of the placenta.

But the finding that urinary tract infections or periodontal infections may alter the placental microbiome could help explain why those infections are associated with adverse pregnancy outcomes such as preterm birth, she says. “This link is very exciting.”

Microbiome
Hospital bacteria can colonize the guts of babies born by C-section
Microbiome
Baby poop may hold a secret to food allergies
Microbiome
More connections uncovered between microbiome and human health
Share X
To send an e-mail to multiple recipients, separate e-mail addresses with a comma, semicolon, or both.
Title: Human Placenta Has Microbiome
Author: Elizabeth K. Wilson
Chemical & Engineering News will not share your email address with any other person or company.