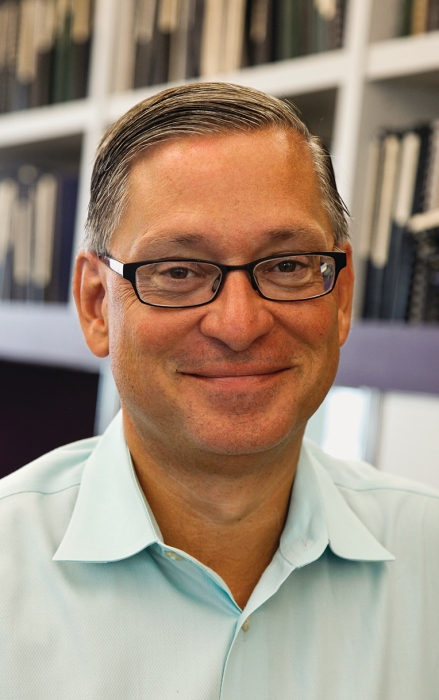 In the medicine-making race, there are many hurdles a promising molecule must overcome before it can be called a drug. But like any race, early signs of success are no guarantee of a strong finish. In fact, as many as 80% of compounds that animal studies indicate are safe and effective ultimately fail when tested in humans.

Lab animals take much of the blame, with many folks pointing to them as poor predictors of a potential therapy’s success. But Steve Perrin begs to differ. Perrin is chief executive officer and chief scientific officer of the ALS Therapy Development Institute, a nonprofit biotech dedicated to developing effective treatments for the fatal neurodegenerative condition amyotrophic lateral sclerosis (ALS), also known as Lou Gehrig’s disease. It’s not that animals are bad models, he says. It’s that often the animal models are misused or misinterpreted.

“Creating a good animal model for a human disease is hard,” Perrin says. “People think that any time a genomic sequencing effort leads to the identification of a new gene linked to a disease and that some scientist takes that gene and puts it in an animal model you instantaneously have an animal model of the disease, and that’s not true. That’s the foundation. The next step is to take that model and to really start to ask the hard questions, the first one being: Does the animal model really look like the human condition you’re trying to model? You would think that would be a no-brainer, but I would argue that more than half of the time the ultimate answer to that ends up being no.”

For example, Perrin points to work done with mice with a mutation in the RNA-binding protein TDP-43. This RNA-binding protein is thought to be crucial to maintaining the health of motor neurons. And mice with this mutation appeared to have the hallmarks of ALS: loss of motor neurons, protein aggregation, and progressive muscle atrophy. So the scientists who first created these TDP-43 mutant mice suggested the animals might be a model for ALS (Proc. Natl. Acad. Sci. USA 2009, DOI: 10.1073/pnas.0908767106).

But when Perrin’s institute had the mice bred for study, they found that the animals were not dying from progressive muscle atrophy like ALS patients do. Rather, the mice were dying from acute bowel obstruction caused by deterioration of smooth muscles in the gut.

“The investigators never even looked in the bowel. Why would they? They’re looking at a disease that affects the muscles of the periphery,” Perrin says. “You have to really characterize the model to make sure that it looks like the human condition.”

To illustrate the scale of the problem, Perrin points to experiments the institute has done to validate more than 100 promising ALS drug leads. “When we see a publication that suggests a drug is working for ALS, if we have any belief that it might be true, it’s our mission to try to test it ourselves and to do a secondary validation,” Perrin explains.

Many of these compounds had been reported to slow the disease in an established mouse model of ALS. But none was found to have any beneficial effects when Perrin’s colleagues retested them using the same mouse model. Eight of these compounds even made it to human clinical trials, where they ultimately failed. “The bottom line is that we could not replicate the preclinical work,” Perrin says. “Those drugs probably shouldn’t have gone to the clinic to begin with.”

Two major losses result from these sorts of failures, Perrin says. First there’s the economic loss. Clinical trials can cost upward of $100 million. But there’s also a human cost. “The patient often only has one shot to get into a trial for an ALS therapy,” Perrin says. “If you start to think about pushing drugs to the clinic that shouldn’t be there to begin with, you’re wasting the most valuable thing, which isn’t economic, it’s patients’ lives.”

After spending nearly a decade doing validation work, ALS Therapy Development Institute introduced guidelines for animal studies that Perrin hopes will reduce false positives from preclinical studies. He recently outlined them in a commentary for the journal Nature (2014, DOI: 10.1038/507423a). The guidelines include “rigorously assessing animals’ physical and biochemical traits in terms of human disease; characterizing when disease symptoms and death occur and being alert to unexpected variation; and creating a mathematical model to aid experimental design, including how many mice must be included in a study.”

The problem, Perrin points out, is that nobody wants to do the characterization and mathematical modeling. “It’s not very sexy science,” he says. “Who wants to take something that’s already been published in a high-tier journal and now start doing the real work that may not be publishable at all or will certainly not be publishable in a high-tier journal?” What’s more, Perrin notes, this work is expensive, costing hundreds of thousands of dollars, and will not lead to new treatments on its own.

Without the work, Perrin adds, the financial loss and the human toll will be even greater.

Start-ups
Triplet Therapeutics launches with $59 million to develop antisense therapies for Huntington’s and more
Biological Chemistry
Dormant Virus Can Wake Up In Some Patients With Lou Gehrig’s Disease
Biological Chemistry
NIH Sets Ambitious Budget Goals For Dementia Research
Share X
To send an e-mail to multiple recipients, separate e-mail addresses with a comma, semicolon, or both.
Title: Steve Perrin
Author: Bethany Halford
Chemical & Engineering News will not share your email address with any other person or company.