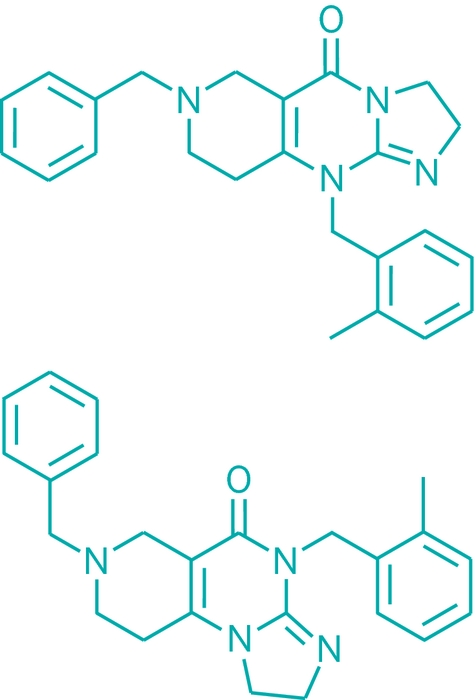 A promising anticancer agent about to enter human clinical trials is on the hook because of a chemical structure error discovered by scientists at Scripps Research Institute California. The patented compound, known as TIC10 or ONC201, is owned by the biotech firm Oncoceutics. However, Scripps has applied for a patent on the corrected structure and has licensed it exclusively to another company, Sorrento Therapeutics.

The reanalysis and subsequent licensing could lead to an unprecedented legal case—the first in which a structural reassignment puts in jeopardy a patent and clinical trials.

Lee Schalop, Oncoceutics’ chief business officer, tells C&EN that the chemical structure is not relevant to Oncoceutics’ underlying invention. Plans for the clinical trials of TIC10 are moving forward.

Cancer researcher Wafik S. El-Deiry of Pennsylvania State University and Penn State Milton S. Hershey Medical Center and coworkers found TIC10 in a search of a free National Cancer Institute database and pinpointed its anticancer activity. They found that the compound kills cancer cells by stimulating gene expression of a tumor suppressor protein called TRAIL (Sci. Transl. Med. 2013, DOI: 10.1126/scitranslmed.3004828). TIC10 stands for “TRAIL-inducing compound 10.” They used mass spectrometry to try to confirm that the structure of the compound was the same as that listed in the NCI database.

The Penn State group patented TIC10 with that structure (U.S. 8673923) and licensed it to Oncoceutics, a company cofounded by El-Deiry. According to Oncoceutics, several research institutions have found TIC10 to be effective in vitro and in vivo against glioblastoma (brain cancer), prostate cancer, melanoma, sarcomas, and lymphoma and to have a favorable safety profile in rat and dog toxicology studies. Oncoceutics has initiated Phase I/II clinical trials of TIC10, supported in part by a Pennsylvania Department of Health grant.

Scripps’s Kim D. Janda and coworkers got interested in TIC10 for use in a possible anticancer combination therapy. When they synthesized the patented structure, they found it to be biologically inactive. But when they obtained TIC10 from NCI, it was bioactive. They used X-ray crystallography and total synthesis to confirm that bioactive TIC10 has a different structure than that shown in the patent (Angew. Chem. Int. Ed. 2014, DOI: 10.1002/anie.201402133).

Janda concluded that Oncoceutics and the other research institutions had been working on the bioactive compound but had patented the inactive structure. Scripps applied for a patent on the correct structure and licensed it exclusively to Sorrento, where Janda is a director.

When C&EN informed Jerry M. Collins, an administrator of the NCI chemical library that provided TIC10, about the misassignment problem, he said the facility’s lead chemist would look into the structure and correct it if warranted.

The structures of compounds have posed problems before. For example, reagent vendors marketed an incorrect isomer of the Pfizer anticancer agent bosutinib for research purposes (C&EN, May 21, 2012, page 34). But no patents or clinical trials were at issue in this or other previous cases.

Asked to comment, Nick Levinson, the Stanford University postdoc who discovered the bosutinib problem, says, “I find it astonishing that a drug candidate can get this far through regulatory controls and into trials without the key players actually having done the proper quality control. It points to a serious hole in the whole process.”

C&EN also requested comment on the issue from two patent attorneys who are not involved. John P. Iwanicki of Banner & Witcoff, in Boston, says prior research and publications on bioactive TIC10 could prevent the Scripps patent application from being approved by the U.S. Patent & Trademark Office even though the structure in the Oncoceutics patent is incorrect. And patent attorney Kendrew H. Colton of Fitch, Even, Tabin & Flannery, in Washington, D.C., says the Scripps patent application could run into trouble if isolation or identification of bioactive TIC10 “would have been within the skill of a person working in this field.”

Sorrento patent attorney Jeff Oster notes that the company “prepared the patent application with those issues in mind” and believes its claims “are patentable over what will be the prior art of record.”

Jay Lichter, managing director of the investment firm Avalon Ventures, in La Jolla, Calif., comments that venture capitalists are unlikely to invest in expensive clinical trials sponsored by Oncoceutics—or by Sorrento, for that matter—until TIC10’s ownership is clarified, either legally or via collaboration between the two companies.

Comments
William Rubin (May 27, 2014 4:06 PM)
"They used mass spectrometry to try to confirm that the structure of the compound was the same as that listed in the NCI database."

Really? Since when does MS confirm [unambiguously determine] a structure? That's like determining purity by TLC. How about using NMR? It would've prevented Oncoceutics a headache.
Reply »