Jellyfish Diapers, Cocaine In The Water 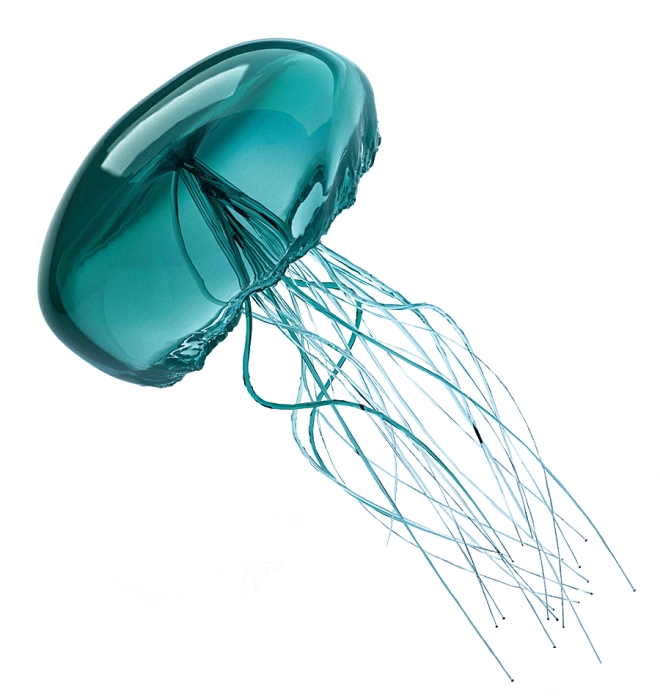 Just the thought of making a diaper or sanitary pad from jellyfish is enough to make most people’s toes curl. But jellyfish are indeed the main component of a material being developed by Israeli start-up Cine’al for such applications.

The firm’s technology involves breaking down the jellies’ flesh and adding undisclosed nanomaterials to create what the company says is a highly absorbent, biodegradable material named Hydromash. As for the jellyfish sting, Cine’al is adamant that it neutralizes this potential problem during processing. The technology is based on research by Shachar Richter, a chemist at Tel Aviv University.

Hydromash’s usefulness builds on a jellyfish’s impressive hygroscopic capability. Typically, 90% of a jellyfish is composed of water. “Their bodies are formed from material that can absorb high volumes of liquids and hold them without disintegrating or dissolving,” Capitalnano told the Times of Israel in recent weeks. The Israeli nanotechnology investment firm is raising funds to scale up Cine’al’s technology. Hydromash absorbs several times its volume in liquid and breaks down in less than 30 days, which is faster than any other biodegradable product, Capitalnano states.

Absorbent consumer products such as diapers are typically made with acrylic acid derived from petrochemicals, which are not biodegradable and often end up in landfills. Disposable diapers account for about 4% of solid waste, according to the Real Diaper Association, a U.S. nongovernmental organization promoting reusable cloth diapers.

Cine’al is currently in discussion with companies based in South Korea and the U.S. to establish Hydromash manufacturing facilities in regions with large populations of jellyfish. If Cine’al could set up plants in areas where jellyfish are so prevalent that they disrupt tourist beaches or the aquatic food chain, the firm’s production technology could have a secondary environmental benefit. Not so toe-curling after all.

The wastewater in Europe might not be thick with jellyfish, but in some ­areas it does appear to be flooded with narcotics. Analytical chemists across Europe have identified high concentrations of recreational drug metabolites in treated water from a number of cities (Addiction 2014, DOI: 10.1111/add.12570). Inhabitants of western and northern regions are the biggest drug users in Europe, the researchers found. The team analyzed wastewater from 42 cities across Europe for the presence of cocaine, amphetamine, cannabis, and ecstasy breakdown products. The chemists used liquid chromatography coupled with mass spectrometry to map drug consumption. 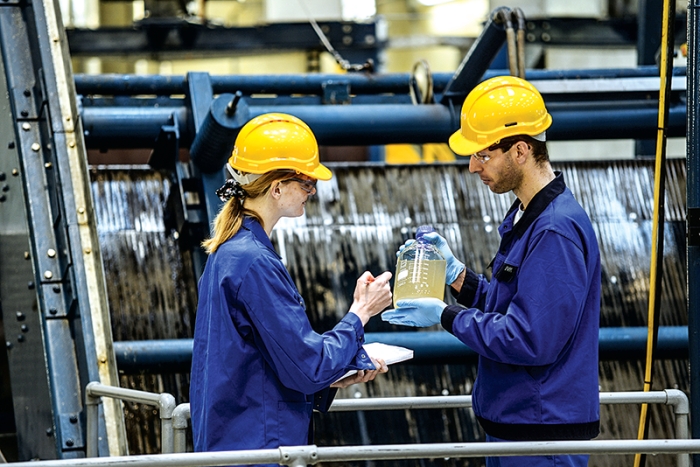 Benzoylecgonine, a metabolite of cocaine, was most prevalent in Amsterdam, Antwerp, London, and Zurich. Its levels suggest a cocaine use rate of 400–850 mg per 1,000 people per day. The researchers noted that people in northern European cities had the highest consumption of amphetamine, and the Czech cities of Prague and Budweis were awash with the drug. Western cities were identified as the locations for the highest consumption of ecstasy, and the Serbian city Novi Sad was number one for cannabis use, followed, not surprisingly, by Amsterdam.

Headed by Christoph Ort from the Swiss Federal Institute of Aquatic Science & Technology, in Dübendorf, Switzerland, the study supports traditional surveillance data gathered through surveys. And according to Ort and colleagues, the advantage of the wastewater testing approach is that it can measure drug use more quickly and fill in locational data gaps.

Pollution
Indian sea salts are contaminated with microplastics but can be treated with sand filtration﻿
Polymers
Characterizing compounds released from single-use plastic bags
Water
To monitor the health of cities’ residents, look no further than their sewers
Share X
To send an e-mail to multiple recipients, separate e-mail addresses with a comma, semicolon, or both.
Title: Jellyfish Diapers, Cocaine In The Water
Author: Alex Scott
Chemical & Engineering News will not share your email address with any other person or company.

Comments
James R Madden (August 19, 2014 7:44 AM)
In the U.S., a warrant will not be needed to test your personal waste water. As with solid waste awaiting pickup, it has been discarded and is "up for grabs."
Reply »