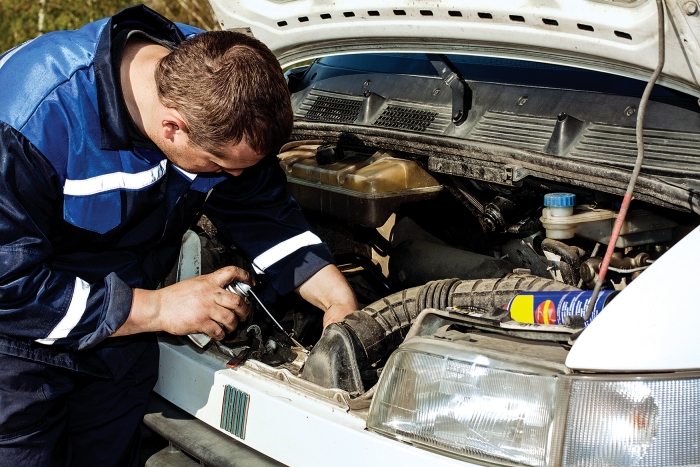 Credit: Shutterstock
EPA’s recent assessment of the health risks posed by trichloroethylene in consumer products, such as automotive degreasers, has sparked a congressional investigation.

Controversy is swirling around the health risks posed by the chemical trichloroethylene (TCE), as assessed in a document released June 24 by the Environmental Protection Agency. The assessment is a step toward possible regulation of some uses of the chemical to protect workers and consumers from cancer, negative reproductive effects, or other potential health harms.

EPA’s new analysis is tightly focused on TCE exposure of workers at small metal degreasing facilities and dry cleaners, and on consumers’ exposure from automotive degreasers and spray-on protective coatings for arts and crafts. The agency determined that other uses of TCE do not pose a health risk.

The assessment has prompted Republicans in Congress to launch allegations of scientific misconduct by a lead EPA scientist as well as favoritism in the agency’s employee promotion processes.

Trichloroethylene (TCE)
At A Glance 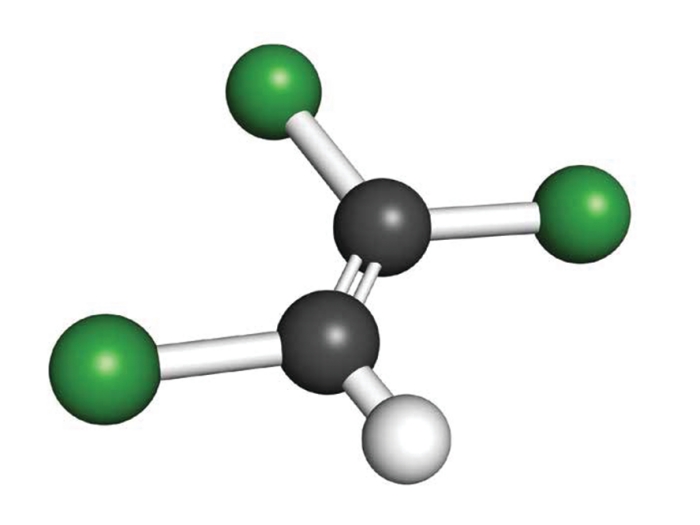 Environmental activists are outraged by the political wrangling. They say the charges are just another attempt by industry and its allies in Congress to delay regulations that would protect people’s health, noting that industry for decades has questioned EPA’s health risk assessments of TCE. In the past, business concerns revolved around how far companies would have to clamp down on TCE air emissions, but EPA has since set a limit.

Today, two major concerns are driving debate. Congressional lawmakers are closely scrutinizing the assessment because it is the first of dozens of chemical assessments that EPA is expected to release in an effort to further review the health risks of 83 substances. The results could lead the agency to ban, restrict, or require labeling of the chemicals, or EPA could declare them safe for current uses. Any EPA regulatory push toward prohibition, restriction, or labeling of TCE would mark the first attempt by EPA to use its authority under the Toxic Substances Control Act (TSCA) in more than 20 years.

Lawmakers are also concerned that the assessment may have far-reaching implications for the cleanup of hundreds of military bases and Superfund hazardous waste sites with TCE-contaminated soil and groundwater. That’s because any EPA assessment that finds TCE more toxic and a more potent carcinogen than previously thought could trigger changes to the maximum level of TCE permitted in drinking water.

The groundwater cleanup standard at Superfund and other cleanup sites is typically based on EPA’s limit for drinking water. If EPA lowers the current limit of 5 ppb for TCE in drinking water, cleanups would be more stringent and costs could increase by billions of dollars according to a 2011 analysis by the law firm Morrison & Foerster. Such an assessment could also affect lawsuits against polluters, building a stronger case for plaintiffs who claim that exposure to TCE induced cancer or some other adverse health effect.

TCE was once widely used as an industrial solvent and metal degreaser. It is a volatile organic compound classified as a human carcinogen. EPA estimates that about 255 million lb of TCE is used in the U.S. annually. TCE air emissions have dropped dramatically since the late 1980s, from 55.9 million lb in 1988 to 2.2 million lb in 2012, according to data from EPA’s Toxics Release Inventory.

Today, about 84% of the TCE produced and imported in the U.S. is used to manufacture the refrigerant hydrofluorocarbon-134a. Emissions associated with such production are well controlled, according to EPA. The remaining TCE is used in industrial metal degreasing, stain removal in dry cleaning, and a limited number of consumer products. Exposure to TCE from those latter applications, particularly in small facilities and in homes, concerns EPA.

EPA chose TCE as the first commercial chemical to review for possible regulation under TSCA because the agency has a lot of toxicity and epidemiological data on the chemical, according to James J. Jones, assistant administrator for chemical safety and pollution prevention. He oversees this effort.

They are targeting an EPA scientist, Stanley Barone Jr., who managed the peer review of EPA’s latest TCE assessment. Earlier this summer, Sen. Vitter sent a letter to EPA’s scientific integrity official, Francesca Grifo, suggesting there may have been misconduct associated with a 2001 paper on the toxicity of tebuconazole, a fungicide, that was coauthored by Barone (Toxicol. Sci. 2001, DOI: 10.1093/toxsci/62.2.339). Four years after the paper was published, Barone and his coauthors withdrew some of the paper’s data. Vitter says the incident calls Barone’s credibility into question.

The senators are also probing Barone’s job change in October 2013 from a branch chief to a deputy division director. In their June letter to Jones, the lawmakers questioned whether Barone was promoted to his current position without proper competition. Jones replied that the job change was not a promotion but rather a noncompetitive lateral move. In an August follow-up letter to Jones, the three senators rejected Jones’s assertion and requested further documentation regarding Barone’s involvement in the TCE risk assessment.

The environmental group Natural Resources Defense Council (NRDC) defended Barone at a July 29 EPA public meeting on possible alternatives to TCE for metal degreasing. Jennifer Sass, senior scientist at NRDC, said the senators’ concerns about Barone’s 2001 paper are unwarranted. The pathology results reported in the paper underwent reanalysis, but the conclusions of the paper did not change, Sass said. “Both the paper and reanalysis were published in a scientific journal,” she added.

Turning to TCE, Sass commended EPA for using a developmental toxicity study on fetal cardiac abnormalities in rodents published in 2003 as the basis for calculating the health risk TCE poses to people (Environ. Health Perspect.2003,111(3), 289, and 2014, erratum DOI: 10.1289/ehp.5125). In their June letter to Jones, the senators say they are troubled by EPA’s use of that study, calling it “fundamentally flawed.”

Recent comments submitted to EPA by the Halogenated Solvents Industry Alliance, a group of chemical makers, also raise concerns about the 2003 study, calling it “inappropriate and irreproducible.” EPA acknowledges the study has limitations but says that there is insufficient reason to dismiss the findings.

As the political battle over TCE continues, EPA is hoping small commercial degreasing facilities and manufacturers of consumer products that contain the solvent will voluntarily phase out the chemical or take steps to reduce exposures to it.

The agency is currently working with small degreasing facilities to determine a workable path to this end. When such facilities reduce exposures voluntarily, it is often “quicker and more cost-effective than regulations,” Wendy Cleland-Hamnett, director of EPA’s Office of Pollution Prevention & Toxics, said at the July workshop. “But where we can’t do it through voluntary efforts, we will pursue regulations,” she added.

Environmental groups argue that voluntary efforts aren’t enough. They are urging EPA to ban the use of TCE at small degreasing facilities and in consumer products. “Safer alternatives are readily available and in common use,” NRDC’s Sass said. “The holdout companies that still use TCE have proved by their inaction that they will not move away from TCE unless regulation forces them.”

The American Chemistry Council (ACC), an industry group, meanwhile says its member companies that manufacture TCE “sell into large commercial markets where exposures are very well controlled.” In general, ACC “supports EPA’s effort to conduct targeted risk assessments on priority chemicals,” Christina Franz, senior director of regulatory and technical affairs at ACC, told the workshop. However, “some refinements should be made in EPA’s overall approach to the assessments,” she said. ACC is collaborating with EPA to identify ways to improve the assessments, in particular refining estimates of how much TCE people are exposed to, she added.

As EPA works with small metal degreasing facilities to reduce exposure to the solvent, the agency should look beyond just finding alternative chemicals to TCE, Franz and others at the workshop emphasized. “Alternative assessment is only one of many risk management measures that can and should be considered,” she said. “There is no one-size-fits-all solution for every business or application.”

California officials at the workshop presented examples of “regrettable substitutes” to TCE to warn EPA about what not to do. For instance, n-hexane was substituted for TCE in auto brake cleaners after the California Air Resources Board banned chlorinated solvents from these products. In another example, n-propyl bromide was used as a substitute for stratospheric-ozone-depleting substances, including TCE. In both cases, the substitutes were linked to nerve damage in workers.

It remains to be seen whether EPA will have success in regulating TCE or any other chemicals under TSCA. That’s because the last time the agency used TSCA to regulate a chemical in widespread use was in 1989 to ban asbestos, a known human carcinogen. A federal court overturned that ban and specified the stringent legal thresholds EPA would have to meet. In a statement accompanying its latest TCE risk assessment, EPA called on Congress to enact legislation that would revamp the 1976 law, which is almost universally viewed as outdated.