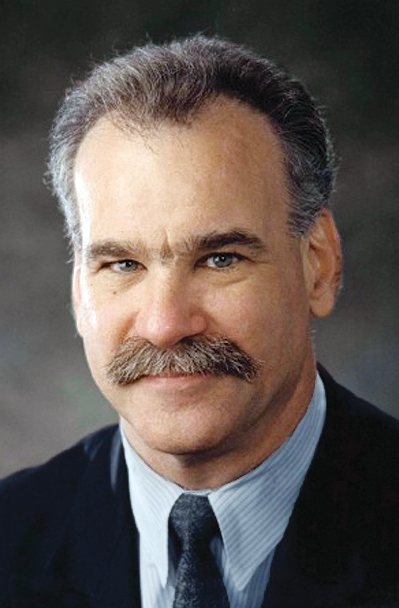 Scott E. Denmark is being recognized for his creative development of new classes of reactions that highlight the special properties of silicon and for his detailed investigations of the mechanism, structure, and reactivity of organosilicon compounds.

Among his achievements, Denmark, along with his team, has pioneered the concept of chiral Lewis base activation of Lewis acids for catalysis in main-group synthetic organic chemistry and applied this concept to myriad enantioselective carbonyl addition reactions with silicon.

Asked whether silicon chemistry is his favorite field, Denmark responds with a question of his own: “Which one of your children do you love the most?” In fact, Denmark spends only about a quarter of his time developing new reactions and catalysts that feature silicon. Many of his more than 340 publications focus on compounds of other main-group elements, including phosphorus, tin, sulfur, and lithium.

Denmark, 60, considers himself to be part of a generation inspired to study science by Sputnik, the first artificial Earth satellite, launched by the Soviet Union in 1957. He pried open his first chemistry kit when he was about age eight. “During my high school years, it grew into a fairly substantial basement laboratory,” he says. “This was at a time when you could actually go and buy chemicals from distributors and pharmacies.”

By the time Denmark had received his graduate degree from ETH Zurich in 1980, the application of silicon synthesis was taking off and along with it his interest in the field. That same year he joined the chemistry faculty of the University of Illinois, Urbana-Champaign (UIUC), where he now holds the position of Reynold C. Fuson Professor of Chemistry.

Although the use of silicon-derived reagents is a major chapter in organic synthesis with contributions from many individuals, Denmark stands out in the field, states John A. Katzenellenbogen, Swanlund Professor of Chemistry at UIUC.

Denmark’s first application of organosilicon compounds was in the Nazarov cyclization, wherein judicious placement of the silyl group effects exclusive control of regiochemistry in placement of the enone double bond. His most recent contribution is in the cross-coupling reactions of organosilanols, where his group has established broad structural generality, functional group compatibility, high relative asymmetric induction, and a mechanistic framework for the origin of stereocontrol and rate effects, Katzenellenbogen states.

Denmark’s work with silicon is also admired by, among other experts in the field, Ian Fleming, professor of chemistry at the University of Cambridge. “He has been working very much to my own taste on problems that I wish I had thought of,” states Fleming, one of the pioneers of the use of silicon in organic synthesis. “Denmark’s work on vinylsilanol and arylsilanol cross-coupling reactions deservedly carries his name as the Hiyama-Denmark cross-coupling. This is one of the most hopeful techniques for large-scale C–C bond formation with minimal hazards with Nobel Prize-winning importance,” Fleming states.

Despite having worked in organosilicon chemistry for nearly 35 years, Denmark still sees new opportunities in the future, such as the unrealized potential of chiral organosilicon reagents in synthesis and organosilicon-based pharmaceutical substances.

Denmark will present the award address before the Division of Organic Chemistry and at the U.S. Silicon Symposium