ANTIDOTE
Credit: Video adapted from Science
Researchers have discovered that Tawny crazy ants secrete formic acid, possibly to neutralize the venom of its competitor, the fire ant, gaining an upper hand in their battle over food.

It’s pretty clear why the tawny crazy ant gets the “crazy” label. The golden-colored ant tends to run around erratically, stopping abruptly and turning before darting off in a seemingly haphazard direction. But when the tawny crazy ant encounters the venom of enemy fire ants, its behavior is purely rational.

Doused with the fire ant’s deadly poison, tawny crazy ants scuttle off to a quiet spot and begin grooming themselves with self-made formic acid. The formic acid turns out to be an “ant-idote” to the fire ant’s venom. It’s the first example of any insect producing and applying its own chemical antidote to a competitor’s poison, explains Edward G. LeBrun, an entomologist at Brackenridge Field Laboratory in Austin, Texas, whose team made this discovery (Science 2014, DOI: 10.1126/science.1245833). 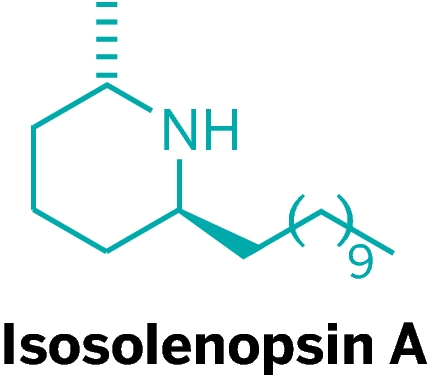 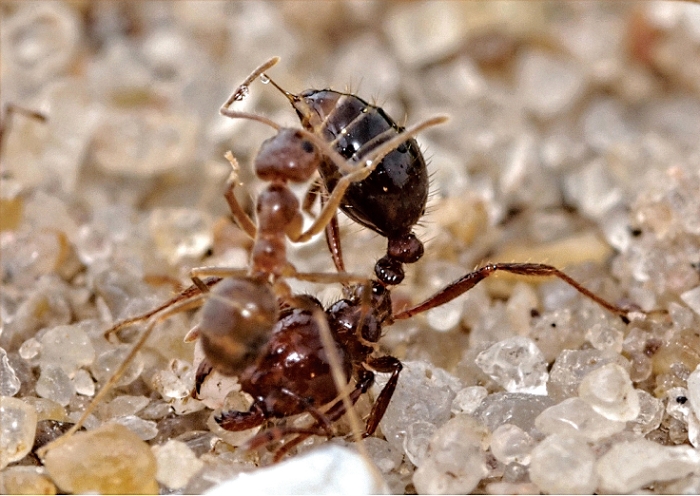 Although using formic acid as an antidote hadn’t been observed before, ants and formic acid have a long history together. For example, many species of ants, including the tawny crazy ant, use formic acid as venom. In fact, formic acid was first distilled from ants by chemists (or more likely, alchemists) in the 17th century. It was the first natural product to be isolated from insects, says Stefan Schulz, a chemical ecologist at the Technical University of Braunschweig, in Germany. Schulz also points out that the name formic acid stems from the Latin word for ant, formica. 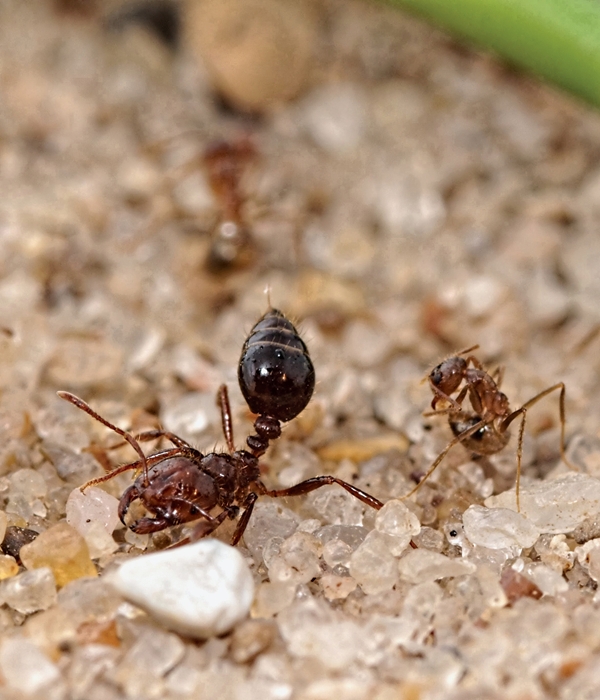 So LeBrun set up some bait traps—namely, dead crickets—that both fire ants and tawny crazies would be tempted to feast on. He found that when troops of fire ants would reach the bait first, the tawny crazy ants were not afraid to launch a counterattack to steal the bait—a type of behavior that most endemic ants avoid. 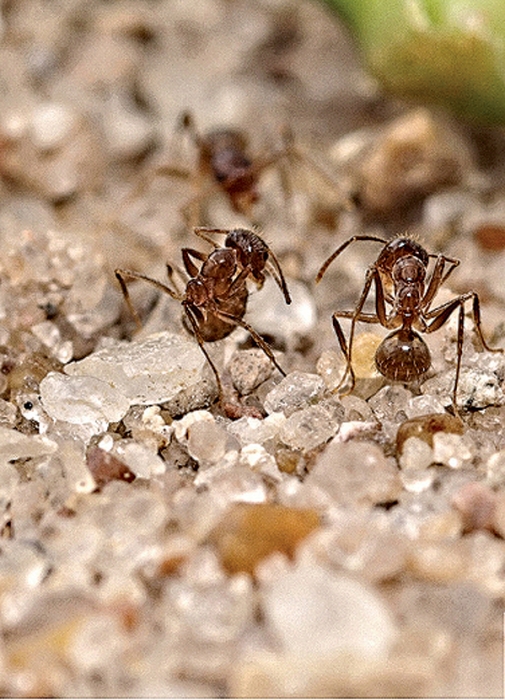 Credit: AAAS/Science
When exposed to fire ant venom, the tawny crazy ant rubs formic acid over its body to neutralize the poison.

Rushing at the fire ants, the tawny crazy ants spray their enemies with formic acid, which is much less toxic than the fire ant’s venom, LeBrun says. Fire ant venom is a far more complex cocktail of poison, composed of toxic alkaloids and proteins that enable these alkaloids to enter rival ants’ cells. Yet when tawny crazy ants are exposed to the deadly fire ant venom, they run off to a quiet spot, briefly rub their bodies with their own formic acid venom, and then return to the fight. After seeing this behavior countless times, LeBrun began to suspect that formic acid was playing a dual role for tawny crazy ants: as both a venom and an antidote to the fire ant’s venom. 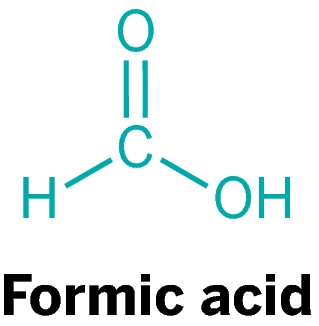 One outstanding question is exactly how the formic acid acts as an antidote. LeBrun’s team postulates that the acid may be denaturing proteins in fire ant venom that help the toxic alkaloids penetrate cells.

Another possibility is that the formic acid works as an antidote “through some simple acid-base chemistry,” comments Jerrold Meinwald, an emeritus professor of chemistry at Cornell University. Each compound in the suite of toxic alkaloids in the fire ant’s venom, including isosolenopsin A, features a six-membered heterocyclic ring with lipophilic side chains that presumably penetrate cell membranes, Schulz says.

In the presence of formic acid, the nitrogen on a toxic alkaloid’s heterocyclic ring would get protonated. And the resulting ionic molecule would be much less lipophilic and thus less likely to penetrate the tawny crazy ant’s cells, Meinwald explains.

Testing these proposed mechanisms of action is an important next step. Another question to be answered is whether other ant species that use formic acid as a venom can also use it defensively, like the tawny crazy ant does. “It’s entirely possible,” LeBrun says, “that use of formic acid as an antidote is widespread among ants.” Le­Brun is also evaluating how tawny crazy ants know when to apply the formic acid on their own bodies as an antidote—they don’t do it for just any rival’s poison, but specifically when exposed to fire ant venom.

As LeBrun and other researchers begin to better understand the tawny crazy ant’s antidote strategy, it remains “fascinating that the tawny’s life-saving behavior seems to stem from relatively simple chemistry,” Meinwald says.

Elim Liau (February 1, 2016 9:51 PM)
Is there an antidote for formic acid? I suspect it causes shingles-like manifestation and am interested to seek remedy for this.
Reply »