No Easy Answers For Acne

COMMON AND COMPLEX
[+]Enlarge
Credit: Shutterstock
More than 90% of people develop acne at some point in their lives. 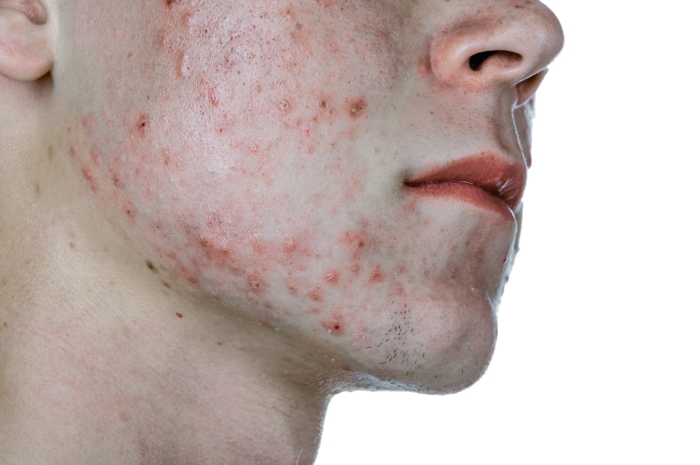 Credit: Shutterstock
More than 90% of people develop acne at some point in their lives.

More than 90% of people develop acne at some point in their lives. For most, it’s a transitory teen plague; for some, it’s a debilitating and disfiguring condition.

Unfortunately, the picture of what we offhandedly refer to as zits is anything but simple. It results from a pernicious tangle of processes at work inside skin follicles, including excessive oil production; ­abnormal clumping of dead skin cells known as hyperkeratinization; and crucially, inflammation caused by a ubiquitous bacterium, Propionibacterium acnes. Researchers are still trying to understand the sequence of biochemical events that result in clogged pores, the release of inflammatory agents such as interleukin-1β (IL-1β), and the formation of acne lesions.

Current treatments target different aspects of the problem, with varying levels of effectiveness. Over-the-counter topical preparations such as benzoyl peroxide kill P. acnes, as do antibiotics such as clindamycin and tetracycline.

At the other end of the spectrum is the potent retinoid drug Accutane, which acts on all of the major processes that lead to acne, but at the cost of potentially serious side effects, including skin problems, anemia, and birth defects.

None of these treatments is ideal. For example, drugs that suppress androgens, the hormones responsible for skin oil production, have unpleasant side effects for men, such as decreased libido or thinning hair. And the efficacy of traditional antibiotics is waning as P. acnes becomes more resistant to the medications.

Recent studies are revealing that ­contrary to previous belief, P. acnes is more than an opportunist that flourishes in oily growing conditions inside a skin pore and then induces subsequent inflammation. Rather, the bacterium may be involved in the process from the beginning, secreting inflammatory substances that encourage excessive keratinization and oil production. 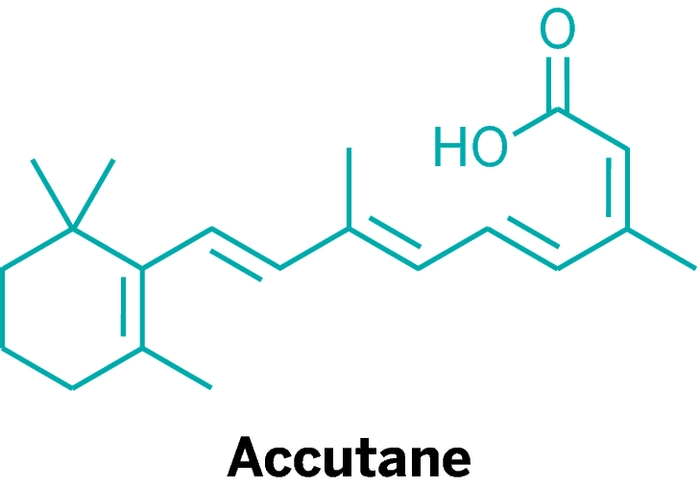 “We need more research; we need more understanding,” says Paul Mouser, principal scientist at specialty chemical company Ashland, noting that “almost all of us suffer at some point.” Ashland’s Avant Institute organized a symposium of acne researchers in December of last year.

As noted at the conference, some drug candidates that selectively target the skin’s inflammatory response and oil production could be more effective than current medications while avoiding the pitfall of antibiotic resistance.

“The inflammatory component is now getting a lot of attention as a target,” says Nathan Stasko, president of Novan Therapeutics, a drug development company. Novan is studying a drug candidate known as SB204, which takes aim at multiple aspects of acne. The agent releases nitric oxide, a signaling molecule with antimicrobial properties and anti-inflammatory action. “But what propelled Novan into acne was our discovery that nitric oxide reduces lipid production,” Stasko says. “It’s the perfect storm, hitting multiple factors with one active agent.” Novan expects to release results of its Phase II clinical trials in the next month or two, Stasko says.

A number of other anti-inflammatory candidates are in the pipeline. Gevokizu­mab, a monoclonal antibody that binds to the inflammatory molecule IL-1β, is in clinical trials for acne at Xoma, a Berkeley, Calif.-based company that develops therapeutic antibodies.

Aside from Accutane, no other drugs directly inhibit the action of oil-producing, or sebaceous, glands in skin. Yet the reduction of skin oil yields some of the most dramatic results in treating acne.

To that end, several companies are going after this target, including Dermira. The dermatology drug development company has a candidate called DRM01 in Phase II clinical trials. The compound inhibits acetyl-coenzyme A carboxylase, which is crucial for fatty acid synthesis.

A major challenge in the field is to identify safe and effective drugs that target acne specifically, says Braham Shroot, who owns Priority-Derm, a skin-condition consulting company. “Many mediators of inflammation are also present in other diseases,” he says. “There’s an emphasis on research to determine what factors are really specific about acne, psoriasis, or eczema.”

Still, it’s unlikely that a single drug will completely and safely cure acne. “It’s a multifactorial disease,” Shroot says, “and you need to have a multipronged approach to treat it adequately.”