Pheromones: Mixture of volatiles and histamine could enable cheaper pest detection and control 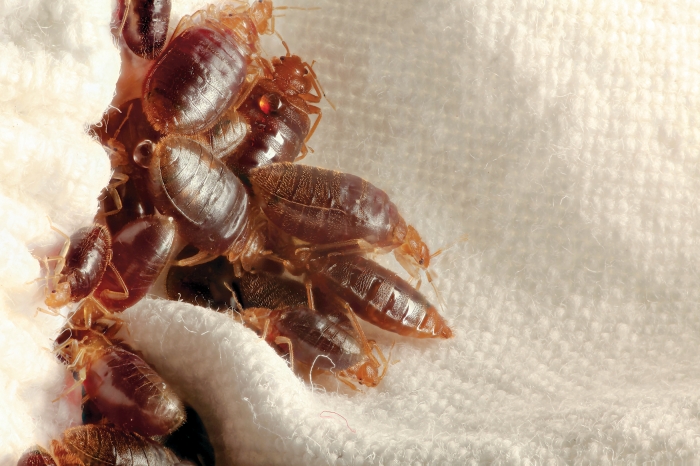 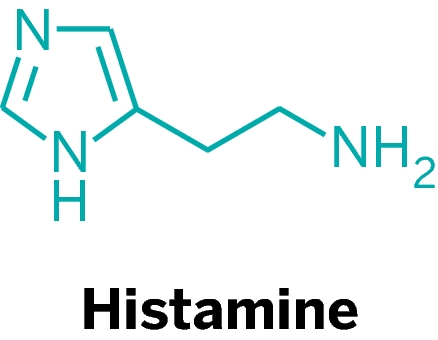 Well-fed bedbugs appear to use histamine to signal their comrades to stick around.

The biologist let the pests in her laboratory feast on the blood in her forearms—to the tune of some 180,000 bites—in the name of science. In doing so, she’s helped discover a previously unidentified bedbug pheromone that could help identify and fight future infestations.

When bedbugs move into a building, eradicating them is an expensive process fraught with anxiety and frustration. Many researchers are working on improving bedbug detection methods because existing techniques are often costly or too time-consuming for routine monitoring. Some think that baiting traps with bedbug pheromones could provide an affordable way to detect infestations before they become severe.

But researchers have been missing an important piece of the pheromone puzzle, namely the arrestant compound that bedbugs use to tell one another that a particular habitat is a safe place to hunker down—between a mattress and a box spring, for instance.

A team of biologists and chemists at Simon Fraser University, in Canada, led by Gries; her husband, Gerhard J. Gries; and Robert A. Britton now believes it has identified the arrestant: histamine, a simple compound humans produce during immune responses (Angew. Chem. Int. Ed. 2014, DOI: 10.1002/anie.201409890). Bedbugs, the team found, release histamine in their feces and in their cuticles, the skin they shed after a blood meal. This sort of waste accumulates in the bugs’ favorite hiding spots, often near a food source. The researchers are now working to turn their discovery into commercialized bedbug traps.

The researchers identified histamine, along with a cornucopia of other chemicals, using nuclear magnetic resonance spectroscopy and gas chromatography/mass spectrometry. To test how bugs in the lab respond to each potential pheromone, they then had to gather “an enormous collection of cuticles and feces to get enough material to identify what the arrestant was,” Britton says. Getting bedbugs to shed and defecate the requisite amount required an awful lot of feeding, hence the copious number of bedbug bites endured by Regine.

Beyond uncovering histamine, the team also determined that bedbugs produce five key volatile organic compounds, including 2-hexanone and dimethyldisulfide, to attract one another. Armed with this discovery, the researchers concocted a cocktail of histamine and alluring volatiles to bait traps. Because the compounds are all rather simple and easy to synthesize, Britton says, the chemical cost per trap was less than 10 cents.

The researchers tested their bait in bedbug-infested locations around Vancouver and found that their pheromone blend not only lured bedbugs into traps, but also kept them there.

Kenneth F. Haynes, an entomologist at the University of Kentucky, tells C&EN this study could be the basis of “the breakthrough that is required to deal with this difficult pest.” Haynes, who was not involved with the study, adds that he’s excited to see how these findings influence pest control practices.

Gerhard Gries says he’s working with Contech Enterprises, a Canadian company that manufactures environmentally friendly pest control products, to develop commercial traps, which he hopes will be available next year. “We’ve identified a set of really straightforward chemicals that are effective,” he says. “That’s the main reason we really think this technology could make a big difference.”

Comments
Stan Jankowski (January 7, 2015 5:47 AM)
The chemical cost is only 10 cents but production, packaging and distribution, as many organic chemists have found is a different matter.
Reply »