Hands-off Parenting, The Dietetics Of Dreaming

[+]Enlarge
Credit: Fisher-Price
Cradle ’n Swing: Finally got that baby off my chest! 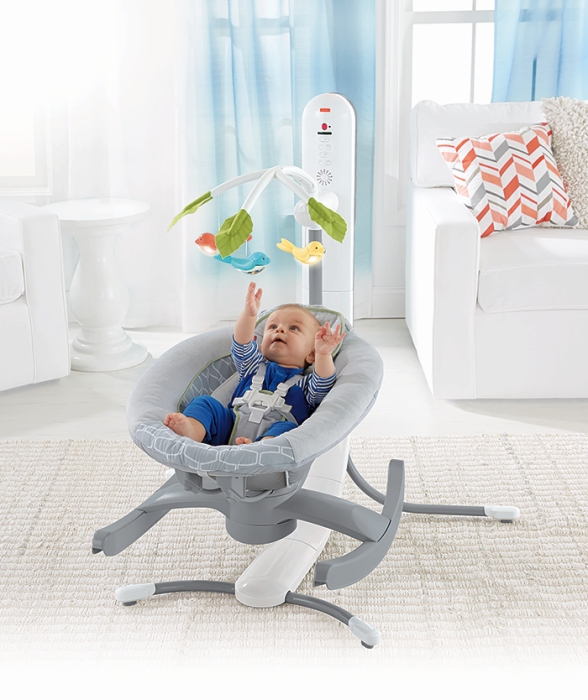 Credit: Fisher-Price
Cradle ’n Swing: Finally got that baby off my chest!

After millennia, cradling a child in one’s arms remains one of the most natural, tender, and fundamentally human actions we take. This year, Fisher-Price and 4moms decided that hands-on contact needed revamping, unveiling their 4-in-1 Smart Connect Cradle ’n Swing and updated mamaRoo, respectively. The robotic rockers and companion apps allow parents to swing and bounce their babies without having to disturb or even approach them.

The Smart Connect Cradle ’n Swing goes through a basic back-and-forth swinging with six speed options, but to make flesh-and-bone moms and dads feel a little more obsolete, 4moms designed its product by replicating actual parents’ movements. By tacking motion sensors onto them as they held their babies, 4moms recorded and integrated bouncing and swaying trajectories to create the mamaRoo. As a result, the product offers a little more flexibility in its five less-than-human-sounding motion settings: wave, kangaroo, tree swing, rock a bye, and car ride.

New in 2015, you can download the companies’ free apps, connect them to the rockers, and, according to Fisher-Price’s commercial, start “soothing your baby from a safe distance.” Although some might argue that they feel safe at near-zero distances from their babies, the new 4moms app communicates via Bluetooth with the device, giving it a range of about 30 feet. Fisher-Price’s app, on the other hand, offers parents who are unable—or unwilling—to walk across the room the ability to calm their babies from the convenient and questionably safe distance of 160 feet.

Fisher-Price separately sells a spinning mobile for cribs, the speed of which is also controlled using its app, with more app-integrated products surely to come. Pretty soon your baby won’t need to be old enough to go to bed by herself. She’ll just need your smartphone.

Hopefully babies won’t be the only ones sleeping easier: We might have more control over our slumber than we once believed. Canadian psychologists Tore Nielsen and Russell A. Power have taken it upon themselves to figure out what goes into a good night’s sleep by relating it to the food that goes into our bodies. 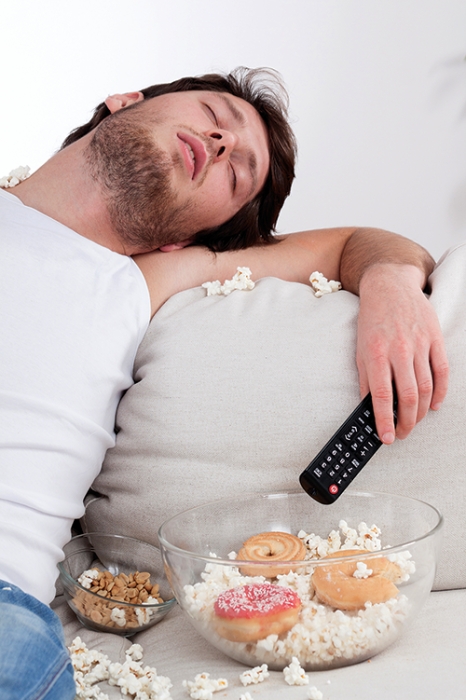 Their study, which was conducted at the Dream & Nightmare Laboratory—affiliated with Sacred Heart Hospital and the University of Montreal—is partly inspired by the early-1900s comic strip “Dream of the Rarebit Fiend,” in which characters would be subject to torture and terror only to find that they’d dreamt it all as a result of eating Welsh rarebit, a spicy, cheesy, and allegedly nightmare-inducing nosh.

The team surveyed university students to figure out whether certain sorts of foods led to notable nighttime experiences (Front. Psychol. 2015, DOI: 10.3389/fpsyg.2015.00047). They distinguished between bizarre and disturbing dreams: Bizarre dreams are based in the improbable or impossible (becoming a clown and running away to the circus), whereas disturbing dreams inspire negative emotions (getting eaten by a clown who ran away from the circus).

Sure enough, dairy-based foods—like rarebit—were reported to significantly inspire both types of these dreams. Eating late was also indicated by 11% and 19% of participants to make dreams more bizarre and disturbing, respectively.

Strangely, the team found that participants reported more vivid dreams after periods of fasting, which led them to wonder whether ascetics and shamans, some of whom were known to fast to induce visions of things beyond our world, might have been onto something.

Modeling
Machines and cockatoos are learning new moves
Environment
A furry tale
Education
Holiday Gift Ideas
Share X
To send an e-mail to multiple recipients, separate e-mail addresses with a comma, semicolon, or both.
Title: Hands-off Parenting, The Dietetics Of Dreaming
Author: Manny I. Fox Morone
Chemical & Engineering News will not share your email address with any other person or company.