Efforts to update the federal law that governs commercial chemicals in the U.S. are picking up steam in the Senate. A bipartisan bill, introduced on March 10 by Sens. Tom Udall (D-N.M.) and David Vitter (R-La.), has garnered widespread attention and support from senators on both sides of the aisle. The measure, S. 697, would overhaul the outdated 1976 Toxic Substances Control Act (TSCA), which nearly everyone agrees is ineffective at ensuring the safety of the tens of thousands of chemicals in commerce.

Those in favor of the Udall-Vitter bill are optimistic that both the Senate and House of Representatives will pass some version of the legislation this year. They point out that S. 697 represents more than two years of negotiations between chemical manufacturers and public interest organizations.

The Udall-Vitter bill has the support of the chemical industry and one environmental group, the Environmental Defense Fund (EDF). But most public health and environmental groups are speaking out against it and throwing their support behind legislation introduced on March 12 by Sens. Barbara Boxer (D-Calif.) and Edward J. Markey (D-Mass.).

Much of the opposition to the Udall-Vitter bill centers on a provision that would take away states’ rights to regulate the most dangerous substances—or what the legislation calls high-priority chemicals. The Boxer-Markey bill, S. 725, maintains states’ authority to regulate commercial substances. 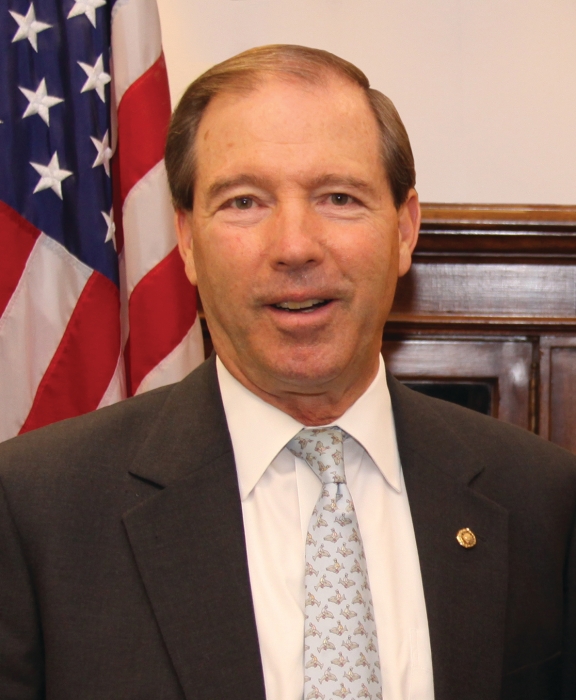 Boxer has repeatedly raised concerns about attempts to restrict nascent state efforts to control chemicals. Last year, when Boxer chaired the Senate Environment & Public Works Committee, she derailed bipartisan TSCA reform legislation over the issue of federal preemption of state laws. Although she lost the committee’s top spot when Republicans took control of the Senate this year, Boxer continues to put pressure on lawmakers to reject any legislation that would take away states’ authority. 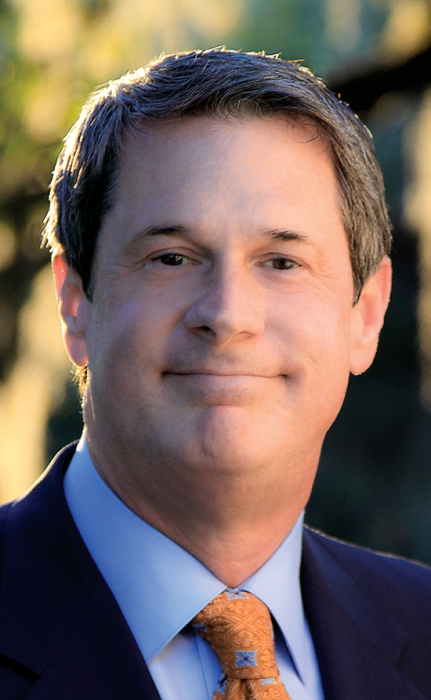 The Boxer-Markey bill goes far beyond the Udall-Vitter bill to protect public health, say several environmental and health advocacy groups. For example, it would ensure that the Environmental Protection Agency addresses the risks associated with exposure from chemical spills. The measure would also require EPA to consider a ban on asbestos, a known human carcinogen. The agency banned asbestos under TSCA in 1989, but a federal court overturned the regulation, saying the agency failed to meet the complex legal standards in the 1976 law. The legislation does not, however, have the support of the chemical industry or Republicans.

The Udall-Vitter bill, on the other hand, has support from both Democrats and Republicans. Chemical industry groups and other proponents of the legislation say it represents a good compromise between protecting public health and the environment and promoting growth and innovation in the industry.

“It is a delicate balance,” says Richard Denison, a lead senior scientist at EDF. Even if the bill is not perfect, “it is vastly superior to the current law,” Denison tells C&EN. It also addresses many of the controversial aspects of the TSCA reform bill that stalled in the Senate last year, he notes.

Called the Frank R. Lautenberg Chemical Safety for the 21st Century Act, the Udall-Vitter bill builds on previous TSCA reform legislation introduced in 2013 by Vitter and Sen. Frank R. Lautenberg (D-N.J.), who died in June that year. One major change is that it would establish a new safety standard for chemicals that is based solely on risk. It would preclude EPA from considering costs and benefits in safety determinations. In contrast, TSCA requires the agency to consider both costs and benefits when it determines whether a chemical poses an “unreasonable risk.”

For new commercial chemicals, S. 697 would give EPA the authority to ask manufacturers for additional safety data when the agency has insufficient data to make a safety determination. Under TSCA, EPA is left to determine whether a new chemical poses a human health or environmental concern even when safety data are lacking.

The Udall-Vitter bill would also set deadlines for EPA to review the safety of chemicals that are already in commerce. EPA would have to develop a process to determine which of the tens of thousands of chemicals in commerce pose the highest risk. Within three years, EPA would have to designate at least 20 high-priority and 20 low-priority chemicals. The highest-risk substances would be assessed first.

The Udall-Vitter bill would give EPA up to seven years to complete a safety assessment and impose regulations on a chemical once it is designated as high priority. Many environmental groups and public health advocates say that seven years is too long. They are particularly concerned that in the meantime, states would be prohibited from regulating these substances.

“In its current form, it would not make a big dent in the problem of toxic chemical exposure and would even do some harm by restraining state governments,” says Andy Igrejas, director of Safer Chemicals, Healthy Families, a coalition of hundreds of public interest organizations and businesses.

The chemical industry, however, is generally welcoming the bipartisan bill as an opportunity to improve public confidence in the safety of their products. As evidenced by an increasing number of state bans and restrictions on chemicals and big-box retailers voluntarily pulling products, this confidence has eroded.

Earlier this month at GlobalChem, an annual industry conference on regulations, the chemical industry focused on attempts to boost public faith in the safety of commercial compounds. Two trade associations, the American Chemistry Council (ACC) and the Society of Chemical Manufacturers & Affiliates, hosted the event in Baltimore.

Industry representatives at the conference were particularly worried about EPA’s ability to conduct only about 10 chemical risk assessments per year. If the agency can’t deliver more assessments in a timely manner, public confidence in the safety of chemicals will be further worn away, they said.

To address this issue, John D. Graham, dean of the School of Public & Environmental Affairs at Indiana University, floated the idea of having industry perform hundreds of risk assessments on existing chemicals each year. EPA would then scrutinize the assessments. Industry widely supports Graham’s proposal, but even moderate environmental activists are opposed to it.

“EPA needs to be the entity that determines whether a chemical is safe and for what uses and under what conditions,” Denison says. “An industry assessment given to EPA to view and potentially rubber-stamp wouldn’t have any credibility.”

It is unlikely that such a provision will make it into a TSCA reform bill, he continues. “There is a lot of momentum behind the Udall-Vitter bill and a growing amount of urgency to get TSCA reform done,” Denison says. That’s because Vitter is running for governor of Louisiana this year and the senator’s energies will increasingly shift to that campaign.

The Udall-Vitter bill is the “best and only opportunity to achieve a pragmatic, bipartisan solution to reform chemical regulation,” ACC President and Chief Executive Officer Calvin M. Dooley says. “This legislation will offer the kind of predictability, consistency, and certainty that manufacturers need,” he says, “while also strengthening oversight and providing consumers with more confidence in the safety of chemicals.”

The Udall-Vitter bill has a good chance of passing the Senate this year, experts say, but it remains to be seen whether the Boxer-Markey bill will gain enough support to stop it. It is also unclear whether the House will take up a TSCA reform bill that mirrors Udall-Vitter. If the House version is significantly different, the process could come to a grinding halt. 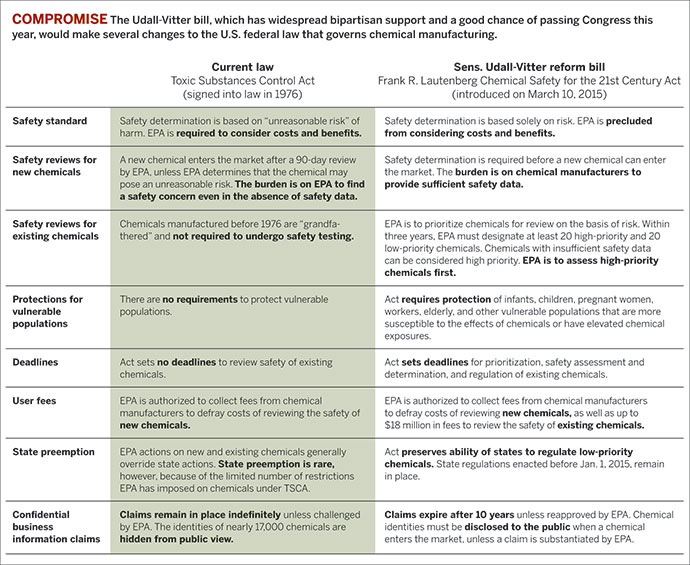