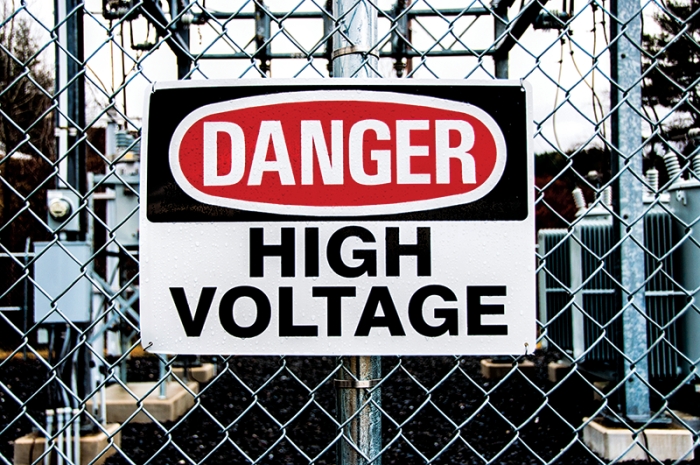 Nobody ever said thievery was a safe job. But high copper prices are tempting some folks to a particularly dangerous score—high-voltage electrical equipment. In a recent letter to the European Journal of Trauma & Emergency Surgery, Jonathan A. Dunne of the St George’s Hospital plastic surgery department and coworkers describe three severe burn cases resulting from alleged theft from 11,000-V electrical substations in the U.K. (2015, DOI: 10.1007/s00068-015-0495-y).

The three individuals sustained significant burns and had an average hospital stay of 47 days. “It is likely these three cases have identified one end of a spectrum of injuries—those patients sufficiently incapacitated by their injury to have been caught,” the team writes.

Owl Metals, a scrap-metal recycling company in Baltimore, takes copper theft seriously. “What we get mostly as stolen is house stuff,” such as wiring, conduit, and piping, says Owl’s Brian King. “We have a policy of full cooperation with the police department,” he adds. The company keeps extensive, time-stamped video and photo records of the items being sold and the people bringing them in and shares that information with law enforcement.

When Newscripts spoke with King, the sheriff had just visited Owl’s office to drop off subpoenas. “We send our guys to testify all the time,” he says. Anyone involved with any stolen material is blacklisted for life. Owl’s level of surveillance and cooperation with law enforcement is way above industry standards, King points out.

The current copper price at Owl Metals is $2.20 per lb. “It goes with the market,” King says. “When the price gets higher and higher, I’m sure the theft rate goes up.”

Stealing copper is risky, but as dangerous work goes, it doesn’t come close to the hazards of sulfur mining. Petroleum provides most of the world’s sulfur as a refinery by-product. But in spots such as Ijen, Indonesia, you can chisel it off an active volcano instead.

[+]Enlarge
Credit: Kevin McElvaney
Brimstone: All in a day’s work for sulfur miners at Ijen volcano in Indonesia. 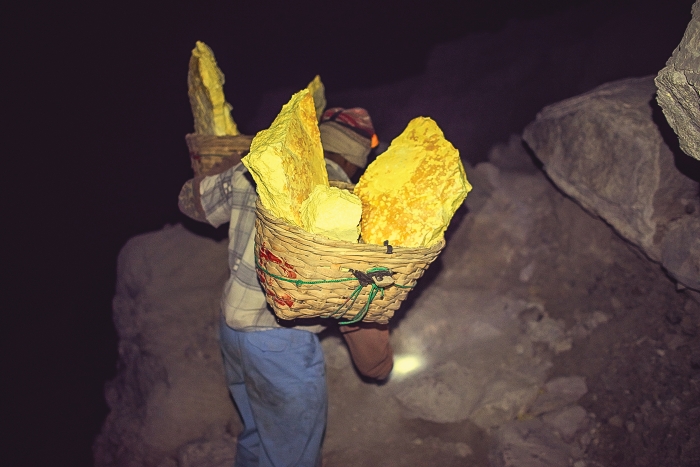 Credit: Kevin McElvaney
Brimstone: All in a day’s work for sulfur miners at Ijen volcano in Indonesia.

Next to a lake of sulfuric acid, volcanic gases billow from vents called fumaroles. A series of pipes channel the sulfurous fumes to cooler areas, where they condense into liquid sulfur and then freeze into the familiar yellow rock. Local sugar refineries buy the brimstone from the miners and use it to bleach their product. 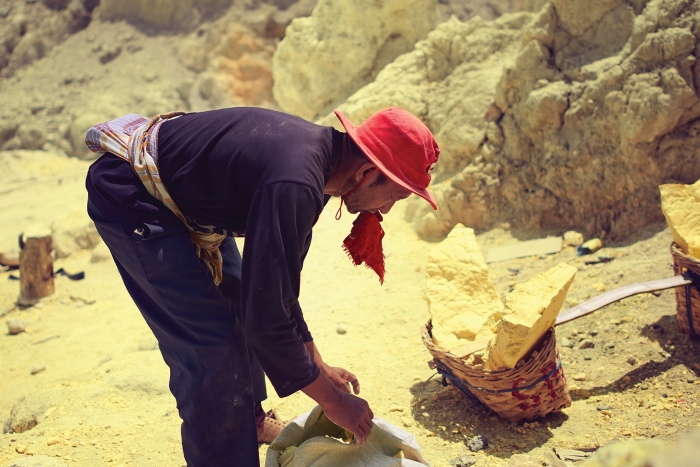 It sounds good—local businesses buying abundant natural products directly from local workers, and the mine isn’t underground or ecologically harmful. But the working conditions are brutal.

The air around the mines is thick with noxious fumes, which damage the miners’ lungs and eyes. Many lack adequate protective equipment. Miners hack slabs of elemental sulfur into chunks that they load into yoke-borne baskets. They haul their 180-lb burdens on their backs for 1.8 miles, on foot, down the mountain, then hike back up to do it again. Most miners can manage the journey twice each day, which at 3 cents per lb earns them roughly $11.

And some parts of the site are constantly on fire. The volcano’s flames burn a beautiful blue at night, which means they’re mostly invisible in broad daylight.

Photojournalist Kevin McElvaney traveled to Ijen last October. “The smell is penetrating. It smells like rotten eggs and is quite sour,” he tells Newscripts. “Winds can be refreshing but also blow the smoke in your direction. No one moves much or works when the whole crater is covered in smoke.” He adds, “From a personal point of view, it was crazy to see what people do just for the money.” 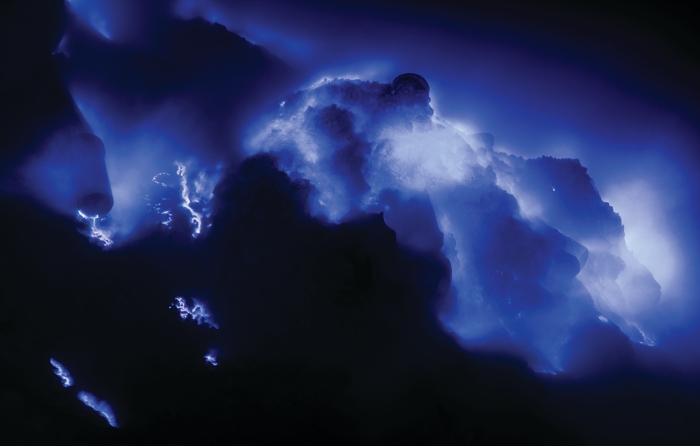 Credit: Shutterstock
Fire: Elemental sulfur is flammable, and workers at the Ijen mine have to be on the lookout for the flames, which are blue at night and difficult to see during the day.