Patent Dispute: Ownership of nickel-cobalt-manganese cathode material is challenged in the U.S.

[+]Enlarge
Credit: BASF
Spheres precipitated out of nickel, cobalt, and manganese salts are created as the first step in a BASF process to make cathode material. Each sphere is 10 µm in diameter. 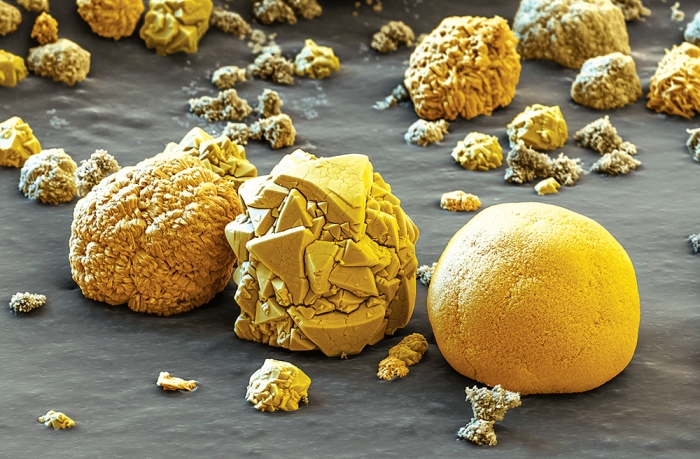 Credit: BASF
Spheres precipitated out of nickel, cobalt, and manganese salts are created as the first step in a BASF process to make cathode material. Each sphere is 10 µm in diameter.

BASF and Argonne National Laboratory are suing the Belgian battery materials firm Umicore for what they say is infringement of Argonne patents for nickel-cobalt-manganese (NCM) cathode raw materials. At stake, they say, are billions of dollars in sales of the materials to makers of lithium-ion batteries used in electric cars and portable electronic devices.

Argonne received U.S. patents for the cathode technology in 2004. BASF acquired licenses to them in 2009 as part of a plan to build up a battery materials business.

In addition to claiming infringement of the patents, BASF alleges that Umicore “has been anticompetitive, tortious, and deceptive” and that the Belgian firm’s threats of legal action against potential BASF customers have cost it huge amounts of sales. In particular, BASF alleges that Umicore’s misrepresentations robbed it of its ability to compete as a battery materials supplier for electric vehicles expected to launch in 2016 and 2017.

Umicore tells C&EN that it “believes that the allegations lack merit” and that it “looks forward to demonstrating the full validity of its technology.”

A typical lithium-ion battery features a cathode, an anode, and an electrolyte. Lithium ions pass through the electrolyte between the cathode and anode during charge and discharge. The cathode material is a key determinant of a battery’s power, safety, life, and cost.

Argonne has two patents associated with an NCM cathode that includes two phases. One is designated LiMO2. The presence of an excess amount of lithium drives the formation of the second phase, Li2M′O3. M and M′ refer to metals in distinct oxidation states. The excess lithium also increases battery capacity, improves the cathode’s chemical stability, and enhances battery characteristics, Argonne and BASF state.

Argonne and BASF claim that standard industry tests show that Umicore’s NCM materials contain excess lithium and feature the two phases—LiMO2 and Li2M′O3—protected by Argonne’s patents. Umicore licensed NCM cathode material patents from 3M in recent years, but they relate only to single-phase materials, Argonne and BASF claim. Umicore and 3M declined to comment on the specifics of the case. 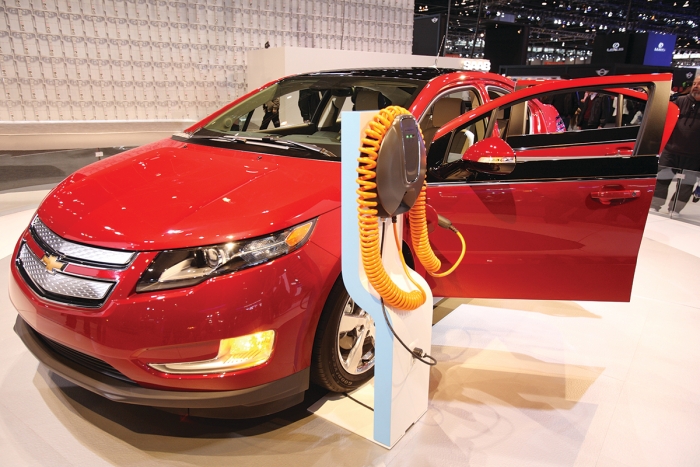 Analysts and experts agree that the case will likely have major consequences for firms involved in lithium-ion battery production. “This is going to be really big,” says Jerry Barker, a chemist who is head of technology for England-based battery materials firm Faradion. “Just about every major commercial lithium-ion cell manufacturer is currently using—or is planning to use—an NCM-type cathode on the next-generation cells.”

But the case is complicated. “This patent lawsuit will have to navigate the complexities around how crystal structures span the spectrum between today’s NCM formulations and next-generation designs such as layered-layered, and whether some patents cover that entire spectrum or not, and if so, which patents and where in the world do they apply,” explains Cosmin Laslau, a senior analyst with the market research firm Lux Research.

The case presents uncertainty for customers such as General Motors, which uses Argonne’s NCM cathode technology in batteries for its Chevy Volt, a plug-in hybrid electric car. “The players involved should resolve this quickly and amicably because a drawn-out patent war could cripple the momentum of this promising NCM cathode activity,” Laslau says.

BASF told C&EN last year that it planned to invest several hundred million dollars in its battery materials business between 2011 and 2016 and that it expects to generate annual sales from the business in excess of $500 million by 2020.

Cathodes are the most expensive component in Li-ion batteries, representing about a quarter of costs. As a result, Laslau says, “this is truly about billions of dollars that BASF, Umicore, and the others are battling over.”

Energy Storage
In the battery materials world, the anode’s time has come
Business
Umicore raises $1.1 billion to invest in cathode business
Business
Metal prices challenge battery sector
Share X
To send an e-mail to multiple recipients, separate e-mail addresses with a comma, semicolon, or both.
Title: BASF Sues Umicore Over Battery Chemistry
Author: Alex Scott
Chemical & Engineering News will not share your email address with any other person or company.

Comments
Edward L. Morgan (April 15, 2015 3:26 PM)
I did extensive work with nickel as a catalyst while at the University of Central Florida under the direction of Dr. Christian Clawson.
Reply »