Pesticides: One study shows bees are attracted to the insecticides, another shows harmful effects to the pollinators under field conditions 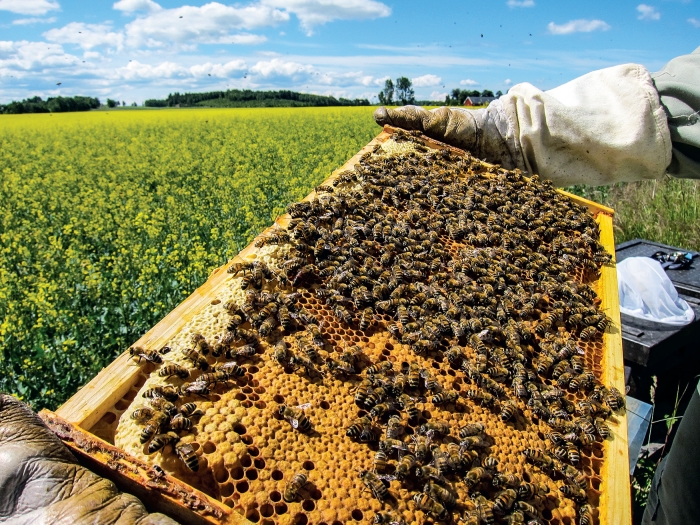 Two studies published in Nature last week have raised more concerns about whether neonicotinoid pesticides adversely affect bee health. One study shows that bees are drawn to neonicotinoids, possibly because the insects catch a “buzz” from the pesticides similar to the one humans get from nicotine (2015, DOI: 10.1038/nature14414). The other study suggests that neonicotinoids affect bee behavior and growth under realistic conditions in a crop field (2015, DOI: 10.1038/nature14420).

Both studies are being hailed by environmental groups, which have been pushing regulatory agencies worldwide to ban neonicotinoids because of their harmful effects on bees. But pesticide manufacturers and some researchers argue that the data are insufficient to end the debate over the role of neonicotinoids in declining bee populations.

In the first study, a research team led by neuroscientist Geraldine A. Wright of Newcastle University, in England, gave bumblebees and honeybees a choice between drinking a sugar solution laced with low doses of a neonicotinoid—either clothianidin, imidacloprid, or thiamethoxam—and a sugar solution without any pesticides. The scientists found that the bees actually preferred the pesticide-laced solutions.

Electrophysiology experiments conducted by Wright’s team showed that bees cannot taste neonicotinoids, so something else is attracting them to the pesticides. “The fact that bees show a preference for food containing neonicotinoids is concerning as it suggests that, like nicotine, neonicotinoids may act like a drug to make foods containing these substances more rewarding,” Wright says. “We don’t have evidence that they are addicted, but they could be.” If neonicotinoid-treated plants coax bees to return to a crop field over and over, it could have a “negative impact on whole colonies and on bee populations,” she says.

Unlike previous studies, which have been criticized for artificially feeding bees neonicotinoids in the lab, the second Nature study, conducted by Maj Rundlöf of Lund University, in Sweden, and colleagues, examines how neonicotinoids affect bees in agricultural fields. The team monitored colonies of honeybees and wild bees, including bumblebees, in 16 fields in southern Sweden. Half the fields contained an oilseed rape crop grown from seeds coated with clothianidin and a fungicide, and half the fields were planted with seeds coated only with fungicide.

In the fields planted with clothianidin-treated seeds, the team observed a reduced density of wild bees and reduced colony growth in bumblebees specifically. However, the researchers saw no significant impact on honeybee colonies.

These new reports have implications for future policy on neonicotinoids, particularly in the European Union, where three neonicotinoids are under a temporary ban while regulators review the risks of the pesticides to bees. That moratorium, which is set to expire at the end of this year, has been criticized for relying on studies conducted under unrealistic conditions.

The Rundlöf study “is the first fully field-realistic, well-replicated trial so far,” says David Goulson, a biologist at the University of Sussex, in England. “It is no longer credible to argue that agricultural use of neonicotinoids does not harm wild bees,” he notes.

Pesticide manufacturers, however, still contend that neonicotinoids are vital to controlling pests. A pesticide trade group in the England, the Crop Protection Association, rejects the Rundlöf paper, saying that “the only effect of the restriction on neonicotinoids in Europe so far has been a steady stream of reports from farmers that their crops are suffering serious losses.”

Pamela Rockwell (May 1, 2015 1:24 PM)
Why not look at spraying fields with encapsulated substances which either directly or indirectly improve plant health? Direct: Healthy plants that have access to a full complement of nutrients, including micro-nutrients and minerals have natural defense systems which make them more resistant to both diseases and pests. Indirect:substances which improve soil structure will allow plants to efficiently access the nutrients present in the soil.
Dramatic declines in weed species has been seen in suburban lawns using sevrices like Natural Lawn of America.
Reply »