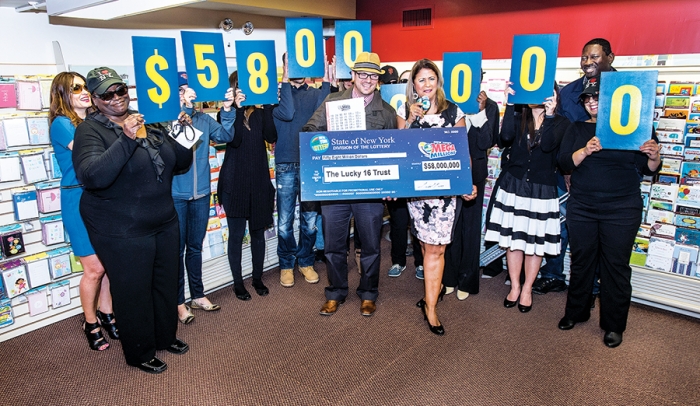 Taking a developmental drug successfully through to commercialization can be like a lottery: The odds are stacked against success. But get it right and the financial rewards can be huge.

A group of 16 staff at Ophthotech, a New York City-based biotech start-up, won’t have to worry about the financial what-ifs associated with the firm’s drug candidates, though. They recently won $58 million in the New York state Mega Millions lottery. Collectively calling themselves the Lucky 16 Trust, the 16 coworkers hold junior to senior positions across the company.

Each of the winners has been pitching in $4.00 weekly to the lottery pool since 2010. Most are from New York and New Jersey although one woman travels to the site from her home in Venice, Calif. Each of the winners will receive $1.65 million after taxes.

The 16 staffers huddled in a conference room after they had won to let the news sink in. Nobody accomplished much that day, staffer Matthew Jung told the New York Post. “There was a lot of energy in that room,” he reportedly said.

The winners’ spending plans range from paying off school loans and mortgages to funding retirement. Ophthotech declined to disclose how many of the 16 staffers from its total of 72 plan to leave the firm, or indeed whether it is planning a recruitment drive.

But not all biotech companies can be winners. And even for the successful ones, the road from initial target hit to commercial drug often takes more than 10 years and can feel like a marathon. So perhaps it shouldn’t be a huge surprise that many biotech professionals who do the hours in the lab also do the hours on the road by running actual marathons. 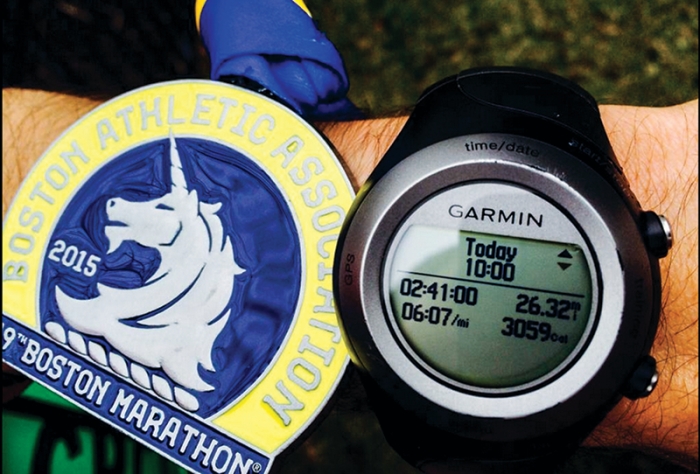 The Boston Marathon, which was held on April 20, featured a plethora of biotech professionals, according to Luke Timmerman, biotech innovation correspondent for Forbes. Timmerman, who also ran the course, chatted with some of the marathon biotechers.

Among the runners Timmerman spoke with was Bernat Olle, a partner at PureTech Ventures, who works on developing drugs based on microbiome biology through a start-up named Vedanta Biosciences. Olle, 35, completed the 26.2 mile course in a fast time of 2:41:00. His time beats the previous company record, held by senior partner and former C&EN adviser John LaMattina, who in 1982 ran a marathon in 2:42.

LaMattina ribbed Olle on Twitter, saying with the marathon record in his back pocket Olle could now spend more time at work. Olle’s Twitter response: “Took me 8 failed attempts, 20k miles of training 2 beat ur record. Never had 2 work so hard 4 anything.”

LaMattina has three thoughts on why biotech pros take up running: “First, we appreciate the importance of staying fit for the obvious health reasons. Second, running can provide a quiet time away from the lab, where you can think about problems and, at times, come up with interesting ideas. Third, scientists like challenges, and running 26.2 miles certainly fits that category,” he tells Newscripts.

Given that it takes 15 years, hundreds of people plus one or two billion dollars to discover and develop a drug, LaMattina concludes that it is “far, far easier to run a marathon.”

Not all biotech professionals select the hard road, though. Newscripts has learned of one group of seasoned biotech professionals from San Diego who gather regularly to surf the ocean. The biotech surfers meet annually for a “conference” at a beachside hotel on the surf-pummeled, sun-baked coast of Mexico’s Baja California. Not so tough.