Trans Fat On Its Way Out

[+]Enlarge
Credit: Shutterstock
Manufacturers have to stop using partially hydrogenated oils in pastries, frosting, candy sprinkles, and all other foods. 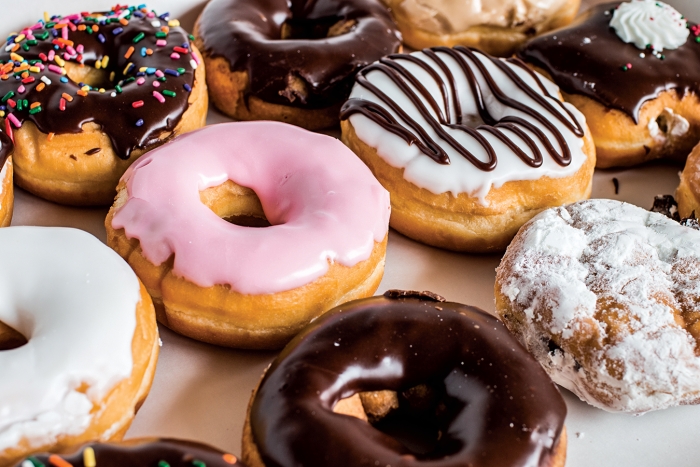 Credit: Shutterstock
Manufacturers have to stop using partially hydrogenated oils in pastries, frosting, candy sprinkles, and all other foods.

The move comes after FDA in 2013 proposed steps to eliminate partially hydrogenated oils from foods, declaring the harmful fats will no longer be considered “generally recognized as safe” (GRAS). As a result, manufacturers have already removed these oils from many foods. But they can still be found in baked goods, frostings, frozen pizza, and microwave popcorn, among other products, because they are inexpensive, increase food’s shelf life, and improve texture.

Food manufacturers are generally pleased that FDA has given them three years to eliminate the remaining uses of partially hydrogenated oils. But they also plan to petition the agency to continue using these fats in a small number of products.

The Grocery Manufacturers Association, a trade group for the food industry, says it will file a petition with FDA and provide the agency with data showing that low levels of partially hydrogenated oils are “as safe as the naturally occurring trans fat present in the normal diet.” Small amounts of trans fat are found in meat and dairy products.

The Natural Resources Defense Council, an environmental organization, wants FDA to take a step further and consider reviewing all ingredients in the food supply that are considered GRAS. “Just like trans fats, manufacturers have self-certified over 1,000 other chemicals as safe that may be in our food—without FDA review or approval,” the advocacy group says. “That puts public health at risk.”

Pollution
Satellites can now see air pollution inequality within cities
Persistent Pollutants
Goodbye to some PFAS in food packaging
Pollution
Mercury makes it deep into marine trenches
Share X
To send an e-mail to multiple recipients, separate e-mail addresses with a comma, semicolon, or both.
Title: Trans Fat On Its Way Out
Author: Britt E. Erickson
Chemical & Engineering News will not share your email address with any other person or company.