A Conversation With Jack Szostak

The chemical biologist talks about the origins of life. 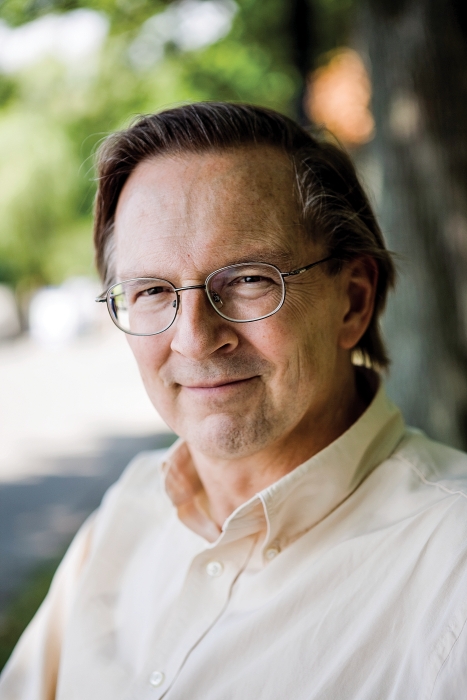 In the 1980s, Jack W. Szostak made foundational contributions to the fledgling field of genomics. The Harvard University professor of chemical biology was awarded the 2009 Nobel Prize in Physiology or Medicine for his role in the discovery of telomeres, protective caps at the tips of our chromosomes. By the time he received the award, though, he’d long since moved on to perhaps the most fundamental question in biology: How did the first cells emerge from a primordial chemical soup? This June, Szostak and other Nobel Laureates attended the Lindau Nobel Laureate Meeting in Germany. Katherine Bourzac sat down with Szostak at the conference to talk about his work on the origins of life.

What got you excited about working on the chemistry of the first cells?

It’s been a gradual process. After I stopped working on yeast genetics and telomeres, I got really interested in RNA biochemistry. I was interested in this idea that RNA could catalyze its own replication. To make more progress on studying catalytic RNA, or ribozymes, we thought we had to evolve our own. We spent most of the 1990s working on directed evolution of ribozymes. Eventually that got me interested in how this happened naturally. It’s one thing when you have a lab full of fancy equipment and brilliant students—you can evolve molecules to do what you want. But it’s really amazing to think that evolution got started spontaneously. That got me interested in real origin-of-life questions.

What do you think were the conditions under which life emerged?

The scenario I like at the moment is primitive cells growing and dividing in small ponds or shallow lakes in an area that is geothermally active. A modern analog would be something like the geothermal pools in Yellowstone National Park. In a small body of water, you can build up a high concentration of the relevant molecules, as opposed to in the ocean, where everything gets too dilute. On early Earth, you have more heat coming from the ground, which is going to drive groundwater circulation. And circulation is important because, of course, these protocells don’t have any fancy biological machinery to propel themselves or move molecules around.

Once there was chemistry to copy RNA strands and make a double helix, then the next step would have been to get those strands apart so that they could get copied again. I imagine primitive cells every now and again getting swept up in a stream of hot water. They’d get heated transiently so that the strands could separate. Quickly they’d move away from the warm current and get cooled. This would have been a way for the environment to drive the cell cycle.

What do you think the first gene was?

And of course once you have a ribozyme that’s useful, now there’s a strong selective advantage for replicating it more efficiently. I think that would have led to the evolution of replication machinery, and as the replication machinery got better, the cells could add other functions. This would support the replication of more ribozymes to do more useful things for the cell—a positive feedback situation. If we can see even the beginnings of that in the lab, that would be fantastic.

In your work on protocells, are you trying to replicate what an early cell might have looked like?

We’re also interested in going the other direction and trying to make cells that are more artificial, that are not anything that could have evolved on early Earth, but that still have the qualities of a living system. I think going in that direction gets at a really interesting problem in chemistry: What is the diversity of chemical systems that can generate life? Is it really limited to the chemistry of modern biology, or is it much broader? The only way to learn that is by trying to build these systems.

Katherine Bourzac is a freelance writer. A longer version of this interview first appeared in ACS Central Science: http://cenm.ag/szostak.

Origins Of Life
Histones’ secret enzyme gig may have helped power eukaryote evolution
Biological Chemistry
C&EN talks with Insung Choi, cell protector
Biological Chemistry
With protocells, scientists probe the chemistry that started biology
Share X
To send an e-mail to multiple recipients, separate e-mail addresses with a comma, semicolon, or both.
Title: A Conversation With Jack Szostak
Author: Katherine Bourzac
Chemical & Engineering News will not share your email address with any other person or company.

Comments
Uldis Blukis (October 23, 2015 11:29 AM)
I wonder why Szostak had nothing to say about a] Sara Walker's proposal that "[a]ccomodating the active – or causal – role of information within a physical theory is one of the great challenges [when] explaining life's origins." (on p. 425 in Information 2014) and b] Nick Lane's proposal that locates the origin of life in the flow reactors that exist in hydrothermal vents near oceanic ridges (part II in The Vital Question, Norton & Co, 2015).
Reply »