How Lanxess Brought In A New CEO, Restructured, And Bounced Back 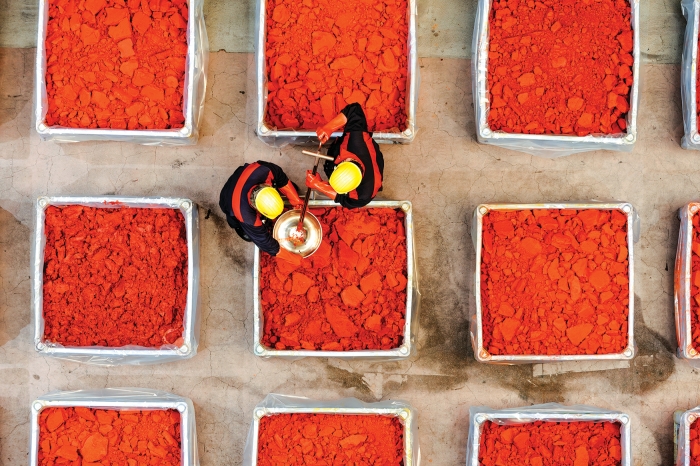 Credit: Lanxess
Lanxess plans to focus on high-growth businesses such as inorganic colorants such as this pigment produced in Germany.
Zachert
[+]Enlarge
Credit: Lanxess 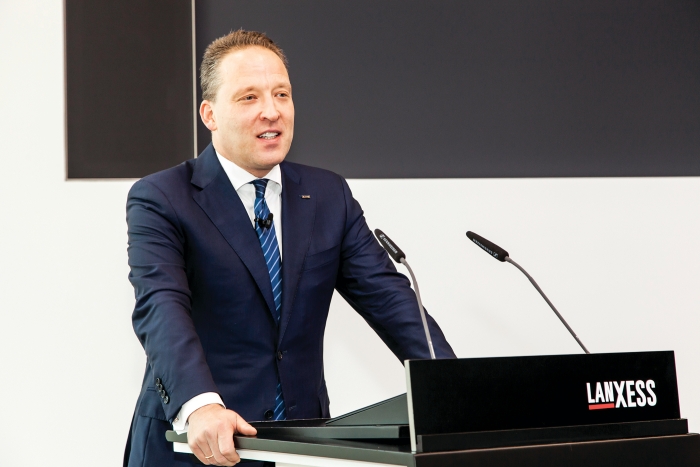 After 18 months of cost-cutting measures, including a 1,000-person staff reduction resulting from losses in 2013, Lanxess is getting back on course. Staff at the chemical maker’s Cologne, Germany, headquarters, which towers over the Rhine River, seemed to breathe a collective sigh of relief at news earlier this month of healthy profit growth. The restructuring appears to be paying off.

The good ship Lanxess isn’t out of stormy waters yet, though; the global environment for synthetic rubber, which accounts for about 40% of Lanxess’s sales, is “persistently challenging,” the firm says, and business growth in China is slipping as the country’s economy slows.

The company’s sales in the third quarter declined 4.3% compared with the same quarter a year ago to $2.1 billion. Net income rose 17% to $44 million, thanks to the cost cuts and currency effects. With market conditions as they are, financial write-offs in the rubber business cannot be ruled out, warns Chief Financial Officer Michael Pontzen.

Lanxess at a glance

And analysts, including those at the German investment bank Berenberg, are maintaining a cautious outlook for Lanxess in light of weak macroeconomic conditions and a dip in demand for agrochemicals, a key end market.

Although it’s not yet complete, Lanxess’s recovery began in February 2014, when the firm’s chief executive officer, Axel C. Heitmann, was ejected. According to German media reports, he was squeezed out by the company’s supervisory board for failing to act decisively in the face of plummeting synthetic rubber prices.

One obvious replacement for Heitmann was Merck KGaA’s financial chief, Matthias Zachert, who had been CFO of Lanxess from the time of the company’s spin-off from Bayer in 2004 through 2011. Zachert received calls from Lanxess’s supervisory board as well as other employees asking him to come back, he tells C&EN.

“They needed a steward to steer this company into less stormy waters. I decided this wasn’t something I could refuse,” he says.

Zachert took the helm at Lanxess in April 2014 and soon thereafter began a three-phase program to reduce costs and realign business units. “We had to embark on restructuring,” he says.

In the first phase, started 18 months ago, Zachert cut the firm’s headcount by 1,000 to 16,300, including the removal of a significant number of administrative staffers and some scientists from the firm’s central R&D labs. This phase is expected to generate annual savings of $160 million by the end of 2015, a year ahead of schedule.

“I am very pleased we started the tough work one-and-a-half years ago as this has made us better prepared for a slowdown in China’s economy,” Zachert says.

The second restructuring phase, which is now under way, will involve closing or mothballing unprofitable plants. The firm is currently evaluating all 52 of its sites.

Like the first restructuring phase, the second one is expected to generate annual savings of $160 million. About $10 million has already been realized.

The third phase involves finding a strategic partner for Lanxess’s flagging rubber business, which is the world’s largest synthetic rubber producer. In September, in what is arguably Zachert’s biggest success as CEO, he signed an agreement to sell 50% of the rubber business to the oil giant Saudi Aramco for $1.3 billion.

The deal is intended to dilute Lanxess’s exposure to volatile rubber markets. It will also provide Lanxess with a strategic raw materials supplier and cash for the firm’s faster-growing businesses.

Once the deal with Aramco is complete, Zachert says, he will be fully committed to evolving Lanxess into a performance and specialty chemical firm with greater profitability and less exposure to cyclical markets.

Lanxess is not yet planning to exit the rubber business entirely, though. It has agreed to a five-year minimum joint venture with Aramco. “After that, we will see where we are,” Zachert says. The partnership won’t be fully under way until Lanxess’s existing rubber raw material supply agreements expire in the next two to three years.

Although Lanxess is cutting back in rubber, it is growing its performance and specialty chemical businesses, including fine chemicals. Zachert notes that Lanxess is investing $65 million in Saltigo, its fine chemicals subsidiary, to build two new multipurpose plants in Leverkusen, Germany, and increase capacity of the organics pilot plant there by one-third.

The project is symbolic of Lanxess’s return to a position of growth, Zachert says. Construction will start in mid-2016 with production slated for the end of 2017.

Within Saltigo, production will continue to lean toward agrochemicals rather than small-molecule pharmaceuticals. In the long term, Zachert says, small-molecule drugs are being replaced by biologics—a field Saltigo doesn’t play in. Although demand for agrochemicals has slowed recently, the long-term outlook is one of 3% annual growth, adds Wolfgang Schmitz, Saltigo’s managing director.

Under Lanxess’s new strategy, Zachert plans to invest up to $430 million in high-growth businesses by 2020. They include intermediates and additives, agrochemicals, pigments, high-tech plastics, and chemicals for the water treatment, material protection, and leather industries.

Lanxess will maintain its R&D spending of 2% of sales. However, as part of the restructuring, the role of the firm’s basic R&D center has been reduced, and greater emphasis is being placed on product development within business units.

Typical innovations for Lanxess going forward will be for custom-made, niche products such as those achieved by combining different polymers or mixing polymers with metals or minerals. An “exciting” example, Zachert says, is a new process to make a brighter and longer-lasting iron oxide pigment.

“It has the brightness with the stability you need that the sector has not seen. It’s intriguing,” he claims.

Specialty Chemicals
AkzoNobel’s former chemical business relaunches as Nouryon﻿
Consumer Products
SABIC, Clariant start to work together
Business
BASF to buy Solvay’s nylon business for $1.9 billion
Share X
To send an e-mail to multiple recipients, separate e-mail addresses with a comma, semicolon, or both.
Title: How Lanxess Brought In A New CEO, Restructured, And Bounced Back
Author: Alex Scott
Chemical & Engineering News will not share your email address with any other person or company.