A conversation with Christina Smolke

The synthetic biology pioneer discusses how she reprogrammed yeast to produce opioids. 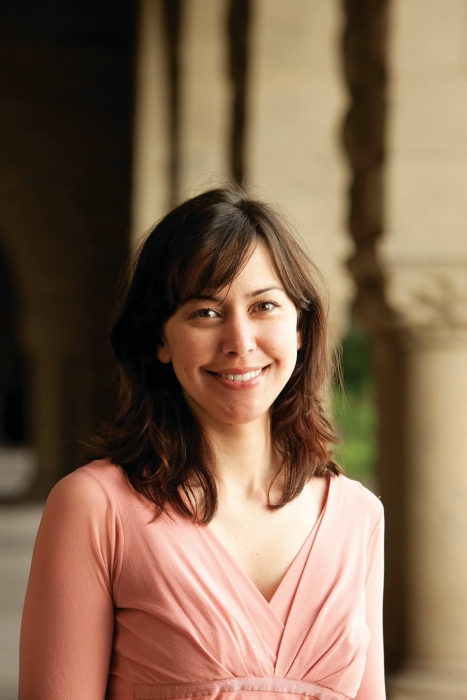 The world’s entire supply of opioid painkillers begins with the opium poppy (Papaver somniferum). Every year, about 250,000 acres of the crop is legally grown for its opiate compounds, which are extracted and converted into analgesics such as codeine and hydrocodone. Bioengineer Christina Smolke of Stanford University thinks it’s time for a new approach. Last year, she developed yeast that turns glucose into the opioids thebaine and hydrocodone (Science 2015, DOI: 10.1126/science.aac9373). The work could offer a more efficient route to the vital drugs through industrial fermentation. Mark Peplow talked with Smolke about the promise—and the challenges—of her synthetic biology project.

There are a lot of disadvantages in using agriculture to make medicines. Plants accumulate limited quantities of the compounds you want and make a limited range of end products, which might not be the best compounds for a particular therapy. So let’s take the synthetic pathways and extend and modify them to produce novel compounds. Opium poppies make mostly morphine and thebaine. There’s a real potential here to go beyond what nature gives us and reduce some of the negative side effects associated with these compounds.

How did you develop a yeast strain to make thebaine and hydrocodone?

First we identified enzymes that help convert glucose into a morphinan scaffold. We were not limited to enzymes from opium poppies. We took enzymes from other poppies, from bacteria, and even from rats, which provided an enzyme to make the intermediate -DOPA, a step that hasn’t been fully elucidated in the poppy.

Then we made the DNA that gives the yeast the instructions to produce those enzymes, more than 20 of them. That’s a lot of enzymes that the yeast doesn’t ordinarily make that you have to coordinate.

Several groups, including your own, had re-created various segments of this pathway in yeast during the past couple of years. Was it just a case of stitching them all together?

In addition to integrating everything, we had to optimize how much sugar the process required, and we filled in a step that was missing in the middle of the synthesis—transforming (S)-reticuline to (R)-reticuline. We looked at the genome of the poppy and other plant species to identify variants of the enzyme responsible for that transformation and ended up using one from the Iranian poppy.

The enzyme immediately before that step was also inefficient. We had to do some protein engineering on the enzyme to improve it so that we could accumulate more downstream product. When you have that long a pathway, each step has to be efficient enough to accumulate enough product at the end.

Is this a pathway that you could actually scale up for manufacturing drugs?

You’d be foolish to try to scale up this yeast strain for production. It produces so little of the product that the economics wouldn’t make sense. The yield was micrograms per liter of fermentation broth, which is far from where you want to be for commercial production—low grams per liter. The point of the work was to show proof of principle.

The next stage is optimizing how the yeast grows, opening up bottlenecks in the pathway, and improving the fermentation in general. If you look at what has happened in biotechnology in the past five years, it’s feasible to achieve that level of optimization. We have started a company, Antheia, which is now increasing the yields.

Could these strains be used to “home-brew” opioids for illicit use?

How you optimize the strain plays a big role in which compounds you end up making and how much of them. Even if you had the optimized strain, it wouldn’t produce much of the compound—if at all—unless the conditions were right. The strains would also be tightly regulated, both for intellectual property reasons and because of drug enforcement.

So my own take is that home-brew is less of a concern. We have a problem with abuse of opioids, but it’s not clear that the way we make the drugs determines how much gets into the black market. Other things also impact this—policies toward prescription drugs and how we help addicts, for example—so the conversation has to go a lot further than the technology.

Will a synthetic biology approach such as your yeast ever compete with conventional organic synthesis?