Old chemistry books and the chemistry of old books 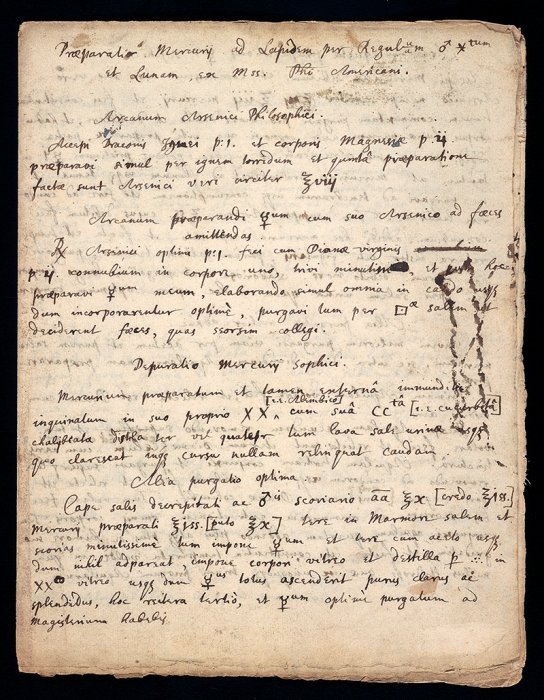 Alchemists of old sought to convert base metals into gold. Though the efforts were unsuccessful and the practices tinged with forbidden ties to the occult, scientists as far back as Isaac Newton saw real scientific value in alchemical data, methods, and equipment.

The Chemical Heritage Foundation (CHF) recently acquired a manuscript in which Newton hand-copied a text by chemist George Starkey. Starkey was born in Bermuda, educated in New England, and later became a prominent figure in London’s chemistry community. However, the text is written under Starkey’s alter ego, Eirenaeus Philalethes, which he used to publish alchemical works without risking his professional reputation.

Starkey, writing as Philalethes, describes the preparation of sophic mercury, a substance purported to break metals down into their constituent parts. According to CHF historians, alchemists hoped this substance could be used to make the fabled philosophers’ stone, which would in turn make gold from cheaper metals. While making his copy of the text, Newton inserted comments, explanations, and corrections, demonstrating a serious study of the alchemical work.

The paper’s translated title is “Preparation of the [Sophic] Mercury for the [Philosophers’] Stone by the Antimonial Stellate Regulus of Mars and Luna from the Manuscripts of the American Philosopher.” Though CHF does not currently have plans to display the manuscript, it will be available for scholarly research and it will be digitally added to Indiana University’s (IU) “The Chymistry of Isaac Newton” project.

Though mostly known for his development of physics and calculus, “Newton wrote and transcribed about a million words on the subject of alchemy,” notes the IU project’s website. “Newton’s alchemical manuscripts include a rich and diverse set of document types, including laboratory notebooks, indices of alchemical substances, and Newton’s transcriptions from other sources.”

[+]Enlarge
Credit: Shutterstock/C&EN
Whiff: The smell of old books is available in fragrances and candles. 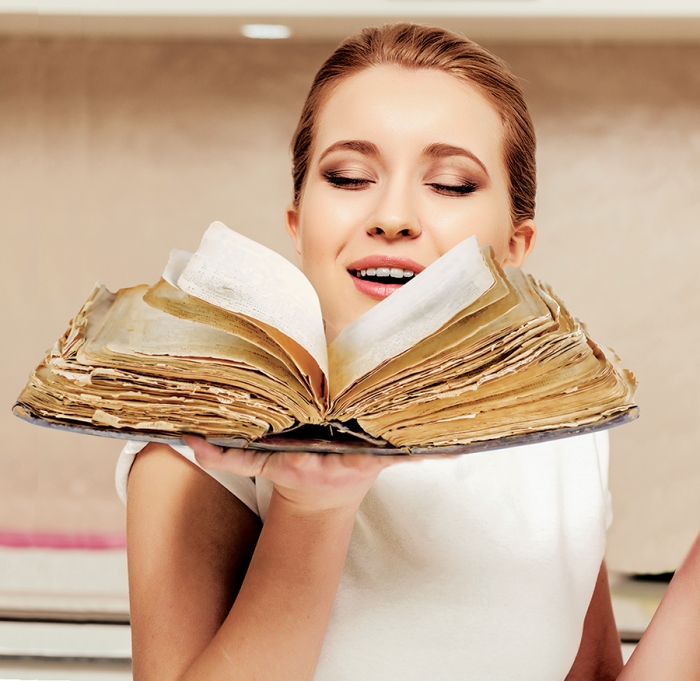 Credit: Shutterstock/C&EN
Whiff: The smell of old books is available in fragrances and candles.

Old books like the Newton manuscript help tell the story of chemistry. In return, chemistry can tell us a lot about old books. Analysis of the lignin and cellulose content of the paper can hint at the vintage and manufacturing methods of an antique tome, as can a careful chemical look at the cover and binding.

A lot of research has been carried out on the chemistry of old books so that libraries can develop the chemical tools they need to preserve aging print resources. Erin Elizabeth Long is one of a handful of entrepreneurs using that research to bring the scent of the rare books department home, with her Secondhand Bookstore scent.

Long found consensus in the literature that the breakdown of lignin in wood-based paper produces vanillin, also known as vanilla flavor. In addition to that, she says, “as the lignin and cellulose break down, you start to get aromatic hydrocarbons and aldehydes like benzaldehyde, toluene, and ethylbenzene, which are described as having almondlike or slightly sweet floral odors in the small quantities found in old books.”

Her complex scent also includes notes of oak, mahogany, tobacco, and sweetgrass to capture the woody notes, and leather to bring in the binding. Finally, she adds “musk to replicate the slightly musty, dusty scent of old books and a hint of black tea for an acrid note that reminded me of the scent of ink.”

Secondhand Bookstore is available at the Etsy shop GeekMarket in a roll-on fragrance. The handmade craft website also has several old-book-scented candles to choose from, perfect for an evening of bibliophile romance.

Art & Artifacts
Mass spectrometry spots forged poems
How science may help us smell the past
Analytical Chemistry
Adventures in analytical chemistry: Looking for Shakespeare’s inspiration and finding protein with pop
Share X
To send an e-mail to multiple recipients, separate e-mail addresses with a comma, semicolon, or both.
Title: Old chemistry books and the chemistry of old books
Author: Craig Bettenhausen
Chemical & Engineering News will not share your email address with any other person or company.