An update on the date with destiny 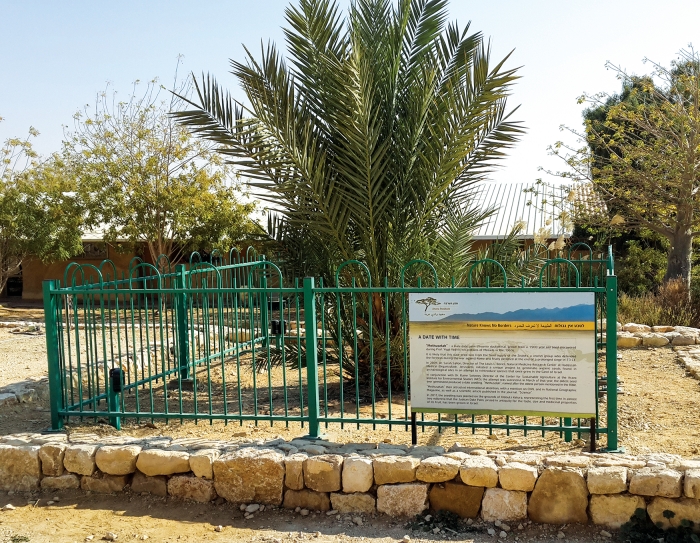 Back in 2005, the Newscripts gang wrote about Methuselah, a date tree seedling coaxed to life from a 2,000-year-old Judean date seed. At the time, Methuselah had only six leaves, and scientists wondered whether it would grow into a female date tree that could bear fruit or a fruitless male tree. Now they know.

But before getting to the big reveal, we should bring readers up to speed on the seed from which Methuselah sprang: It was part of a cache of date seeds found during the early 1960s when archaeologists excavated King Herod’s palace on Mount Masada, near the Dead Sea. The Masada site was the last stand for a small band of Jewish rebels who spent years fighting off legions of Roman soldiers before committing mass suicide in A.D. 73.

In those days, forests of Judean date palms flourished in the region. The wealth of date pits unearthed at Masada suggests the site’s defenders probably snacked on the fruits, which were legendary for their succulence and medicinal properties.

The seeds sat in a drawer at Bar-Ilan University for decades. But in 2004, three were given to the green-fingered botanist Elaine Solowey, head of the Center for Sustainable Agriculture at Arava Institute for Environmental Studies, in the southern Negev.

The seeds came from a protected area, Solowey tells Newscripts. “They were 38 levels down in the dig under a collapsed building, which protected them from radiation, moisture, infection, heat, and cold.” Radiocarbon dating pegged the seeds’ age at roughly two millennia.

Solowey soaked the seeds in warm water and treated them with the growth hormone gibberellic acid to induce germination. She added a rooting hormone and an enzyme-rich fertilizer. By some miracle, Solowey says, one of the three was still alive. She named it Methuselah, after the biblical figure who is supposed to have lived 969 years.

Methuselah spent many years growing in a pot, in a sort of quarantine. But, Solowey points out, you can’t grow a date tree to sexual maturity in a flowerpot, so four years ago Methuselah was planted in the ground near Arava Institute’s main offices. After rooting there for a while, the tree produced flowers—male flowers.

Methuselah would never bear the legendary Judean dates, but Solowey and colleagues were curious whether it could still participate in reproduction. They brought the tree’s pollen to an isolated wild female date tree. Sure enough, that tree did bear fruit—albeit modern dates because the maternal genetic material determines what kind of fruit grows. But the seeds of that fruit have half of Methuselah’s DNA.

Solowey wonders whether, after breeding several generations of date trees with Methuselah, she could produce date seeds that carry most of the ancient date tree’s DNA. She’s also looking at other ancient date seeds with the hopes of finding a female. “Nothing would make me happier than producing the dates they ate in biblical times and sharing them with the world,” she says.

[+]Enlarge
Credit: Shutterstock/C&EN
Why Jesus preferred wine: Beer made from heritage grains is an acquired taste. 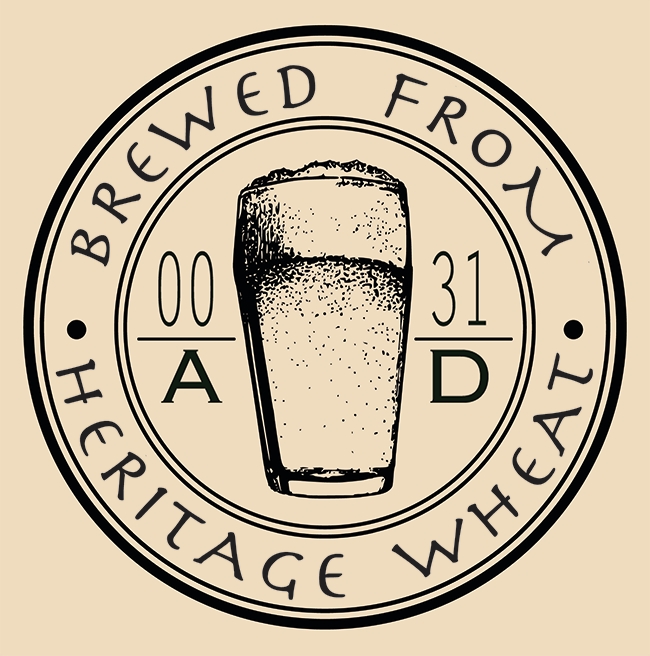 Credit: Shutterstock/C&EN
Why Jesus preferred wine: Beer made from heritage grains is an acquired taste.

Should Solowey ever revive the ancient Judean date, the folks at Jerusalem’s Herzl Brewery may have the perfect beverage pairing—at least in terms of era. The Israeli newspaper Haaretz reports that Herzl recently brewed beer from a strain of heritage wheat that Tel Aviv University geneticists believe dates back about 2,000 years.

Using old-fashioned techniques, the Herzl team brewed 20 L of the beer, which turned out to be flat and had an alcohol content around 3%. Itai Gutman, one of Herzl’s owners, told Haaretz, “It’s unlike anything I have ever tasted. It has a very dry taste, but it also has a strong aroma and suggestion of red fruit—almost like a syrup.”

Reuters reports that Gutman and his friends have drunk all but one bottle of the biblical brew, and they have no plans to whip up another batch anytime soon. “It’s really not the kind of flavor that has a market,” Gutman told the news agency.

I'll stick to my beer, and Jesus, no doubt, be more comfortable not drinking. What I had quaffed.