Microplastics, which include microbeads intentionally placed in personal care products and tiny bits of plastic that shear off larger objects, are increasingly polluting oceans worldwide. And concern is growing that these particles are hurting marine organisms and making their way into the human diet. 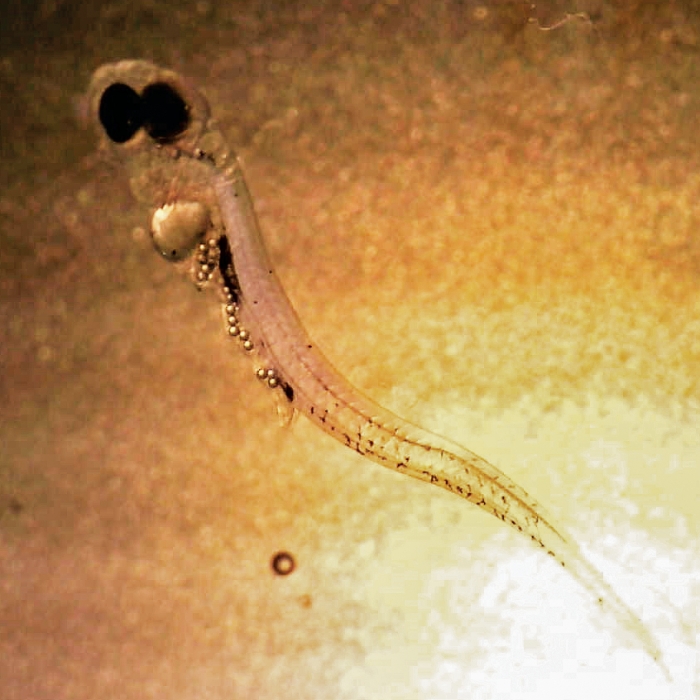 A new study of fish now helps validate those fears by showing that high levels of polystyrene microplastics inhibit hatching, stunt growth, and boost predation of perch (Science 2016, DOI: 10.1126/science.aad8828). The findings are “a serious cause for concern,” says Oona M. Lönnstedt, who carried out the study with Peter Eklöv at Uppsala University. “Microplastic particles often accumulate in shallow coastal areas, where many developmental stages of aquatic organisms are found.”

The research could help support microplastics prohibition efforts. Last year, the United Nations Environment Programme called for a phaseout and ban of microbeads in personal care and cosmetic products, and President Barack Obama signed a U.S. law prohibiting the manufacture, sale, or distribution of rinse-off personal care products containing plastic microbeads. The European Union is considering a ban but has not yet acted.

Lönnstedt and Eklöv exposed perch embryos and larvae to water containing 10,000 or 80,000 polystyrene particles per m3 and compared them with those grown in water free of microplastics. Exposed embryos hatched less frequently. Exposed larvae were less active and had a greater tendency to ignore the smell of predators, which thus ate them more quickly. Some exposed larvae preferred the polystyrene particles to their natural food source, plankton, causing them to grow more slowly and to reach significantly smaller sizes. The researchers note that particle concentrations used in the study fall within the range found along the Swedish coast, 150 to 102,000 particles per m3.

Charles J. Moore of Algalita Marine Research Foundation, an expert on plastic garbage in the world’s oceans, points out that “polystyrene is not likely to be the only plastic ingested in a natural setting.” Polypropylene and polyethylene are less toxic but may also be problematic, he says.

Tamara S. Galloway, whose University of Exeter ecotoxicology group saw deleterious growth effects in 2013 when it exposed marine worms to microplastics, says the perch findings suggest a high likelihood of human exposure to microplastics via the food chain. Ecologist Chelsea M. Rochman at the University of California, Davis, and coworkers also showed in 2013 that microplastics could cause liver damage in Japanese medaka fish. And since concluding the new study, the Uppsala group found that the response of damselfish, pike, and flounder to microplastics is “very similar” to the response of perch, Lönnstedt says.

Prevention and clean-up of ocean microplastics, Moore contends, is “essential for the survival of countless species in whose ecological niches plastic has insinuated itself in the most insidious ways.”

Comments
tony fleming (February 28, 2017 5:32 AM)
I am a mathematician and physicist. I am studying how electromagnetic EM fields are involved in the cell cycle. These are endogenous fields that are created by the living creature in every tissue of their physiology. So this study of fields (both EM and vibrational fields) is complementary to the microbiology that is well known. I can see how microplastic particles can perturb the permittivity and therefore the normal cell cycle.

BTW This is not just an effect upon marine life but on many forms of life on Earth including birds and mammals, and us.