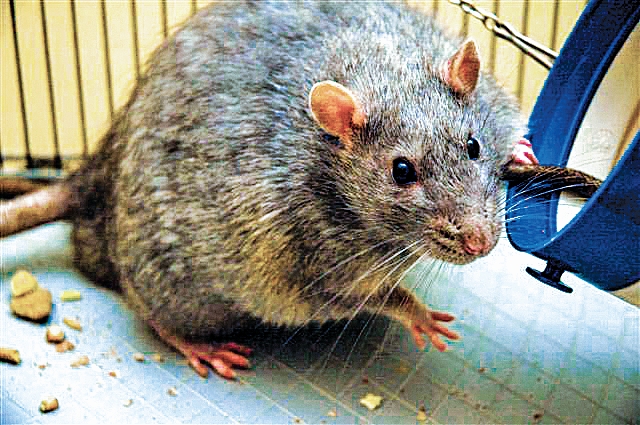 Eating a high-fat diet certainly puts people at risk for obesity, but diet is not the only driver of corpulence. In recent years, scientists have also shown that the gut microbiome is also a culprit in weight gain. 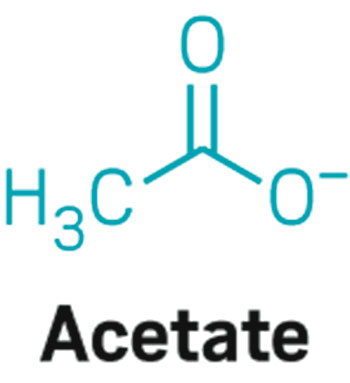 Working with rats and mice, researchers have now found that the unexpectedly modest molecule acetate is at the center of one mechanism by which gut microbes and high-fat diets work in concert to promote obesity (Nature 2016, DOI: 10.1038/nature18309).

If the results hold true for humans, medical researchers may want to develop drugs that interfere with the acetate-based system to help people lose weight.

In a suite of experiments, a team of researchers led by Yale University’s Gerald I. Shulman showed that the gut microbiome in rodents fed high-fat diets produces increased levels of acetate, which then leaves the digestive system and enters the bloodstream. When the acetate reaches the brain, it activates the parasympathetic nervous system, a nerve network responsible for the body’s unconscious actions, including breathing, heartbeats, and, importantly, digestion.

Activation of the parasympathetic nervous system likely drives obesity in two ways, the researchers note: first, by directing the pancreas to increase insulin production, which promotes fat storage, among other things, and second, by increasing levels of the “hunger hormone” ghrelin, also recently implicated in fat storage. This in turn triggers increased feeding, leading to a positive feedback loop for further acetate production by gut microbes.

These results will spawn a lot of follow-up research, says the University of Geneva’s Claes B. Wollheim, who wrote a commentary associated with the new paper (Nature 2016, DOI: 10.1038/534185a). Wollheim told C&EN that he would like to see more work to unravel why certain gut microbes produce a lot of acetate. He’d also like to see follow-up work comparing gut microbiome acetate production with microbial production of propionate, a chemically similar molecule that other researchers have found to promote weight loss and healthy metabolism in rodents (Cell 2014, DOI: 10.1016/j.cell.2013.12.016).

Of course, all this work is moot if it doesn’t apply to humans, Wollheim cautions, but one easy way to evaluate this is to check whether obese people have higher levels of circulating acetate compared with lean people.

Comments
Romeo Mariano MD (June 10, 2016 1:35 PM)
The High Fat Diet used is an unrealistically high 50% fat, unlike practically any human diet.
Where the fat comes from is also important. If the fat comes from plant fat, it will have practically no nutritional value.
The lack of nutrient density in food in human epidemiologic studies increases the risk of diabetes and obesity by 600% alone.
Thus the fat equation is more complex than gut microbiome make up and fat content of diet.

Michael Barnes (June 13, 2016 11:48 AM)
Probably the most common source of the acetate ion in the human diet is hydrogen acetate, a.k.a acetic acid, a.k.a vinegar. Is there any evidence that people who consume lots of vinegar (say, in salad dressings or as part of a health craze) tend to be obese? Seems like an easy enough experiment to conduct.
Reply »

Liping Zhao (June 15, 2016 4:48 PM)
This is a solid study but unfortunately off the obesity target. The problem lies in the way they reproduced metabolic syndrome in rodents: continuous intragastric infusion of acetate. This is artifact. This can not be applied to humans.

In China, people believe that drinking vinegar can increase your appetite and help your digestion. Many Chinese people including myself actually do that.

This study provides a mechanistic explanation to why this belief and practice may be having its scientific foundation.

However, under normal physiological conditions for both humans and rodents, acetate is locally produced in the colon by gut bacterial fermentation of proteins and carbohydrates and also locally absorbed. Gastric absorption of acetate is unlikely a major route under normal circumstances.

Increased acetate concentration is not always observed in obese people but not a surprise finding. This acetate production is unlikely due to carbohydrates fermentation. It must be from protein fermentation. During protein fermentation, both acetate and other nitrogen containing side products produced. This is why the pH of obese guts will not be reduced much by this fermentation. Bacteria which ferment proteins for acetate production tend to be detrimental ones, some of which are opportunitic pathogens. It is those pro-inflammatory pathogens that induce obesity by way of inducing inflammation NOT the ACETATE.

When large amounts of carbohydrates introduced into colon, fermentation leads to only acetate production among other short chain fatty acids. This will lower the pH in the gut and reduce population levels of many bacteria including those opportunistic pathogens, eventually leading to weight loss.

Hundreds of papers on humans and rodents showed that dietary fibers can reduce weight by way of promoting acetate production in the colon.

I will not be surprised to see anorexic effects of acetate if the authors did continuous intro-colonic infusion of acetate to their animals.