Predicting the future of science in Europe

Speakers at ESOF, Europe's biggest general science forum, like much—but wince at some—of what may lie ahead

[+]Enlarge
Credit: Siemens/Shutterstock/C&EN
Siemens’s Spiegelberg predicts that by 2030 we will be using wheelchairlike personal transporters. 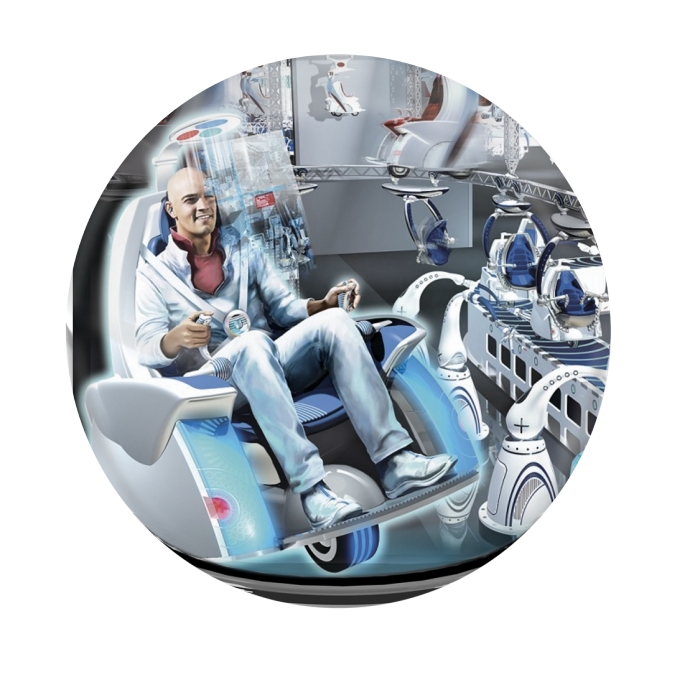 Credit: Siemens/Shutterstock/C&EN
Siemens’s Spiegelberg predicts that by 2030 we will be using wheelchairlike personal transporters.

Making predictions can be a thorny business. In 2004, Bill Gates said computer spam would be solved in two years. In 1943, IBM Chairman Thomas J. Watson said, “I think there is a world market for maybe five computers.” And back in 1899, Charles H. Duell, commissioner of the U.S. Patent & Trademark Office, stated, “Everything that can be invented has been invented.”

Undeterred by such howlers, several scientists and policy makers made predictions of their own about the future of science in Europe at the EuroScience Open Forum (ESOF), a general science event that took place at the end of July in Manchester, England.

Scientists and futurologists in the forum’s Future Periscope discussion ventured to guess what European science would look like in 2030.

Jerome C. Glenn, chief executive of the Millennium Project, a U.S.-based “futures research” firm, confidently told ESOF delegates that the next industrial revolution will take place by 2030 and will likely involve artificial intelligence. An integrated European knowledge system may emerge in which computers update each other. “You are basically building a European brain,” he said.

We are looking for new phenomena. It’s still far from applications.
Andre Geim, 2010 Nobelist for Physics

The industrial giant Siemens predicted a growing interface between humans and machines, a field where the firm wants to be a technology enabler. Personal transportation devices combining characteristics of cars and wheelchairs will be the norm come 2030, said Gernot Spiegelberg, a Future Periscope panelist and head of e-mobility and systems architecture for Siemens. The key drivers for such transportation systems, he said, are the global trends of climate change, population growth, and urbanization.

Stephanie Daimer, a senior researcher at Germany’s Fraunhofer Institute of Systems & Innovation Research, put forward a series of potential scenarios for what European science might look like in 2030. The scenarios were compiled in recent months as part of VERA, a European Union-funded forecasting study. Daimer led the study, which incorporated predictions from leading EU institutions.

In one VERA scenario, European research would be financed primarily by industry, sponsors, and foundations, leaving EU institutions with limited influence. In a second, “fairy tale,” scenario, the EU would come together as one to fight crises such as poor energy supply. Careers for young scientists—particularly female researchers—would flourish. In the third scenario, the U.K. would exit the EU, contributing to a demise of the EU’s science base and leading to a “deep, deep identity crisis” across the region. In a fourth scenario, there would be a slow but steady improvement of Europe’s science base.

The VERA scenarios were compiled prior to the U.K.’s June 23 decision to exit the EU. Daimer now considers a combination of scenarios three and four to be the most likely outcome—albeit not a very exciting one. “Most probably, people think that things will go on as they are today, with just incremental change,” she said.

In discussions about the nearer future, the influence of information technology was a dominant theme. The impact of novel materials and chemistries was also a recurring topic.

In the next few years, synthetic biology will offer European scientists the ability to make a major impact, according to scientists who spoke at ESOF. “The U.S. is still leading, but the U.K.—with its high government investment—is starting to catch up, and it is ahead of the rest of the EU,” said Axel Trefzer, head of synthetic biology R&D for Thermo Fisher Scientific.

The single-atom-thick material known as graphene, first isolated in the city of Manchester in 2003, was also flagged at ESOF as a major area of European expertise and a potential game changer for fields including energy storage and functional coatings.

The cost of manufacturing graphene is dropping rapidly, and the material has a host of emerging applications—perhaps even as an additive to strengthen rubber condoms, Jonathan N. Coleman, a physics professor at Trinity College Dublin, told delegates.

But Andre Geim, who was recognized in 2010 with a share of the Nobel Prize for Physics for his role in isolating graphene, said the material still has a long way to go before it is widely used by society. He thinks it will be one of dozens of two-dimensional substances that can be assembled in layers to create materials with designer properties. “We are looking for new phenomena. It’s still far from applications,” he said.

Radical ideas for facilitating the science of the future were also aired at ESOF. For example, Maria Piedad Villaveces, chief executive of the Colombian association for the advancement of science, proposed the formation of a global science research foundation to deliver innovation that meets the needs of developing countries. Such an organization could be funded by national taxes from around the world, she offered.

Most speakers at ESOF were optimistic about the future of science in Europe. As Fraunhofer Institute’s Daimer suggested, despite Brexit, the outlook is likely one of steady progress. Of course, even this seemingly safe prediction could still turn out to be a howler.

Informatics
Lanxess launches an e-commerce exchange for chemicals
Business
C&EN’s World Chemical Outlook 2019﻿﻿﻿﻿
Business
Brexit pondered at European science conference
Share X
To send an e-mail to multiple recipients, separate e-mail addresses with a comma, semicolon, or both.
Title: Predicting the future of science in Europe
Author: Alex Scott
Chemical & Engineering News will not share your email address with any other person or company.