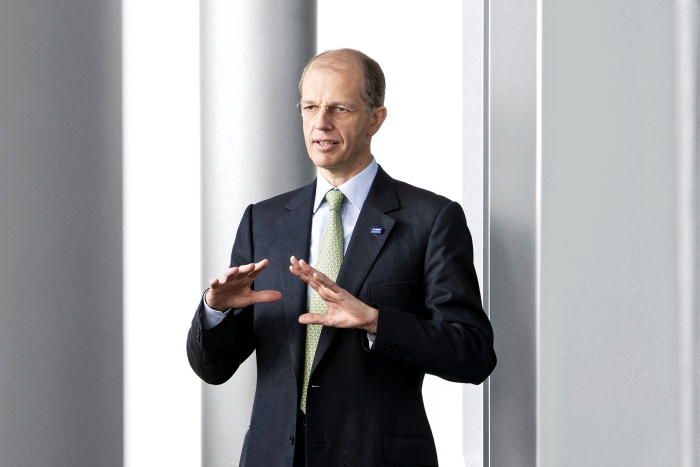 Kurt Bock, BASF’s chief executive officer, was trying to be upbeat when he met with a small group of journalists at a dinner in London earlier this month. But the facts were against him. There is enough evidence strewn around the German company to show that 2016 will be a pretty awful year.

A recent explosion at the firm’s Ludwigshafen, Germany, headquarters in which four people died continues to sap morale, Bock acknowledged. The underlying problem at BASF through the year, though, has been its financial struggle. And Bock can see no strong upside ahead in 2017.

Moreover, he raised the notion that protectionist national policies gaining ground around the world could directly hamper BASF’s global ambitions in the years to come. Being a major multinational may be about to get harder, Bock mulled.

BASF’s sales for the first nine months of 2016 dropped 25% to $48 billion compared with the year-ago period, on profits down 8% to $3.8 billion. Low oil prices, which have had a knock-on effect of weakening chemical prices, have contributed to BASF’s financial malaise.

Bock ascribed much of the firm’s sales drop to a September 2015 deal in which BASF sold significant oil and gas assets to the Russian firm Gazprom. Between that sale and the planned merger of Dow Chemical and DuPont, BASF will likely give up its position as the world’s biggest chemical company. The shift may be temporary, though, because DowDuPont’s intention is to subsequently split into three smaller firms.

The dinner was held a day before the U.S. electorate chose Donald Trump as its next President. Even before learning the outcome, Bock voiced concerns that the world’s leaders are seemingly less interested in free trade and more interested in protecting national interests. “Global trade is slowing down quite definitively,” Bock said. “Politicians are playing a very dangerous game here.”

A world that is more protectionist and less willing to participate in free trade is a concern, in part because BASF operates global supply chains, Bock said. He pointed to Britain’s planned exit from the European Union and aired his frustration about public demonstrations in Germany in recent weeks against the Transatlantic Trade & Investment Partnership (TTIP), a trade agreement being drawn up between Europe and the U.S. that would strongly benefit Germany, Bock said.

Trump is likewise against TTIP and is also going to propose changes to the North American Free Trade Agreement, Scott Lucas, a professor of American studies at the University of Birmingham, recently told the BBC. “Welcome to protectionist America,” he said.

Although Bock anticipates no letup in the economic and geopolitical headwinds, neither does he consider BASF’s business model to be in trouble. He is buoyed by a hike in the firm’s ratio of profits to sales, strengthening sales in fields such as performance chemicals for the automotive and construction sectors, the emergence of innovative new products, and business opportunities in developing countries.

Investing in Asia continues to be a key strategy for BASF. The firm recently announced that half of the more than $200 million it will put into plastics additives production in the next five years will be spent in Asia.

But in a note to clients, Laurence Alexander, an analyst with the investment company Jefferies, points out that the German firm’s sales in Asia have been flat since 2012 and its profit margin is under pressure as a result of overcapacity in commodity chemical markets. “BASF has yet to prove its Asia business can outgrow GDP,” Alexander stated.

He does intend to continue with programs to reduce costs. For example, the firm cut R&D spending in the first nine months of the year by 9% compared with the year earlier to $1.5 billion. This has been achieved without a corresponding drop in innovation by cutting peripheral expenses such as travel, Bock said. He rejects the notion that BASF has already cut costs to the bone. “You will always find ways of doing things better, faster, cheaper, and more elegantly,” he said.

It is not all gloom and doom, Bock insisted. BASF may have missed out on the ongoing consolidation in seeds and agricultural chemicals, but the firm’s agchems business is already “big enough,” he said. Furthermore, it is rapidly developing market opportunities with novel pesticides and digital technology that helps farmers be more efficient, he said.

The hardest part of 2016 for BASF, though, has been the death on Oct. 17 of four people—three of them BASF firefighters—after a fire and explosion that broke out at a pipeline in Ludwigshafen, Bock said. “It’s on my mind.” Experienced contractors, it seems, cut into the wrong pipe, he said.

The incident is set to be a lesson for the firm not only from a health and safety perspective but also in the way it reports accidents to the public. The firm issued a statement 40 minutes after the first explosion, but “powerful” videos and images of the fire were published on social media almost immediately and gave the impression that the whole site was on fire, Bock said.

Among a plethora of other issues for BASF’s management team, “this is something we have to think about,” Bock said.