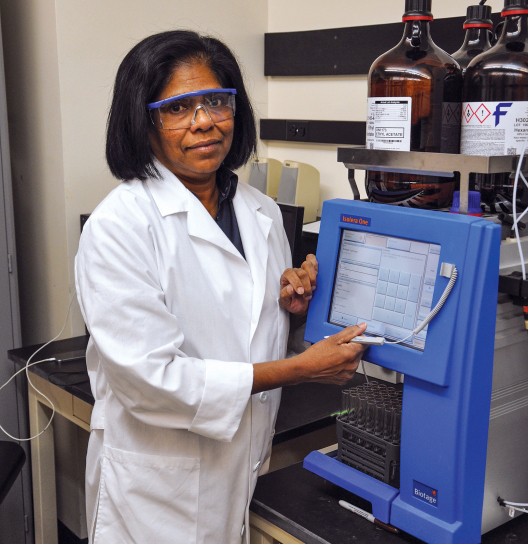 The recent spread of the Zika virus raised fears that the virus’s most heartbreaking consequence—infected mothers giving birth to babies with abnormally small heads and underdeveloped brains—would affect the U.S. and other countries as it has devastated Brazil. The virus hitches a ride with Aedesaegypti mosquitoes, whose preference for biting humans makes them an ideal vector for transferring the virus from one victim to another.

Repellents are the first line of defense against mosquito bites, but some studies suggest that the most popular repellent, DEET, damages the central nervous system of insects such as honeybees as well as those of mammals. Searching for mosquito repellents without worrying side effects, Kumudini M. Meepagala, a natural products chemist with the U.S. Department of Agriculture in Mississippi, isolated and modified a plant compound that works better than DEET in lab tests (J. Ag. Food Chem. 2013, DOI: 10.1021/jf402635z). She spoke with Janet Pelley about how she pulled the natural repellent out of Texas torchwood (Amyris texana), a shrub in the citrus family.

How did you know that Texas torchwood would produce a repellent?

Smart guessing starts by looking at the scientific literature and folk remedies. In our study, we noted that American Indians used torchwood because the plant has a lot of oily compounds that burn easily. And the citrus family is known for being a rich source of compounds that are insect repellent. A botanist colleague collected the torchwood for me from Cameron County in Texas. You don’t have to go to the Amazon to collect biologically active plants—some are right here in your backyard.

Out of all the active compounds in torchwood, how did you home in on just the mosquito-repelling ones?

We conducted a systematic isolation. We grind up plant leaves and extract compounds using a series of solvents such as hexane, ethyl acetate, and methanol. Then we fractionate each extract, such as the ethyl acetate portion, in a silica gel column. If you’re lucky, you can get a pure substance from this method.

Then we send the substances to the bioassay team members at the USDA labs in Gainesville, Fla. There, my colleague Ulrich Bernier recruits human volunteers to wear a patch containing the substance on their arm and to stick that arm into a cage with 500 starving female Aedes mosquitoes. If the volunteers get fewer than five bites in one minute, the compound passes. We have gotten some good hits. One of the most promising is a chromene amide.

So I could just spray this chromene amide on my skin before a hike in the woods?

No, we actually modified the natural molecule for several reasons. Sometimes, just a tiny little modification can get you a vastly different activity. For example, the natural chromene compound is an amide, but when we modified it to an alcohol derivative, it was much more active and long-lasting. In addition, it’s important to find a method to synthesize these compounds in the lab because if you want to market this product, you cannot cut down all these torchwood shrubs to make it. Fortunately, we were able to synthesize this chromene analog and made kilograms of it in our lab.

That sounds like a lot of work. Why not just stick with DEET? 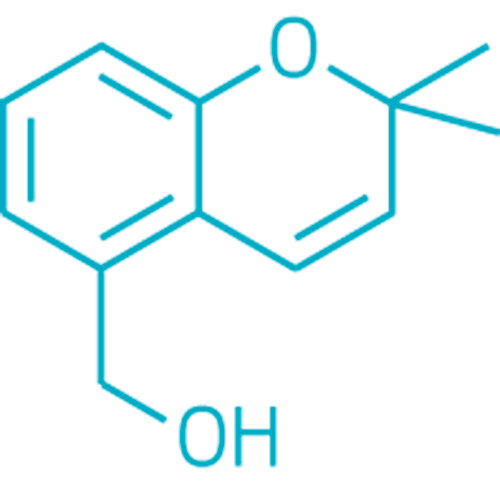 Our research for better mosquito repellents started as part of a program with the U.S. Armed Forces Pest Management Board. Soldiers want a repellent that lasts longer than DEET, which at most remains active for two days at the concentrations that soldiers use. The chromene analog protects against mosquitoes for six days at the same concentration. Also, we found that when we combined the chromene analog with DEET, the mixture repelled mosquitoes better than the sum of the two individual compounds. That means you could use less of each repellent.

In addition, some researchers have raised concerns that excessive doses of DEET affect the nervous system, but we don’t know that conclusively.

Some countries, such as Canada, have restricted use of DEET. How do you know that the chromene analog will be safe to use?

We’ve done some initial toxicology tests on rabbits and mice, and the results so far have been promising. But we have to do more tests to ensure that the chromene analog is nontoxic when inhaled and that it won’t kill fish or insects such as honeybees.

Just because a compound is plant-based doesn’t mean it’s safe for the environment. For instance, the insecticide permethrin is a modified natural product from chrysanthemum plants, but it is toxic to fish and bees.

How have your life experiences informed your understanding of mosquito-borne disease?

I think an effective mosquito control strategy needs to be based on area-wide control methods using larvicides, adulticides, and repellents. Our most recent paper showed that chromene analogs can act as all three, and some of the larvicidal activity is on insecticide-resistant mosquito species (J. Ag. Food Chem. 2016, DOI: 10.1021/acs.jafc.6b01299). That looks promising.

Janet Pelley is a freelance writer. This interview first appeared in ACS Central Science: cenm.ag/meepagala. It has been edited for length and clarity.

Comments
Thelma Kay Kiser (December 2, 2016 10:46 AM)
If DEET is only "suspected" by some researchers of causing harm after so many years of use, how can we conclude that this chemically modified compound is any safer after only a few (or more) toxicology tests? This appears to be an application of the Precautionary Principle, which is not scientific because you can't prove a negative (no possibility of harm). If the aim is to make DEET last longer in the field, wouldn't it be better to blend it into a long lasting vehicle that is rubbed on exposed areas of skin or sprayed on clothing?