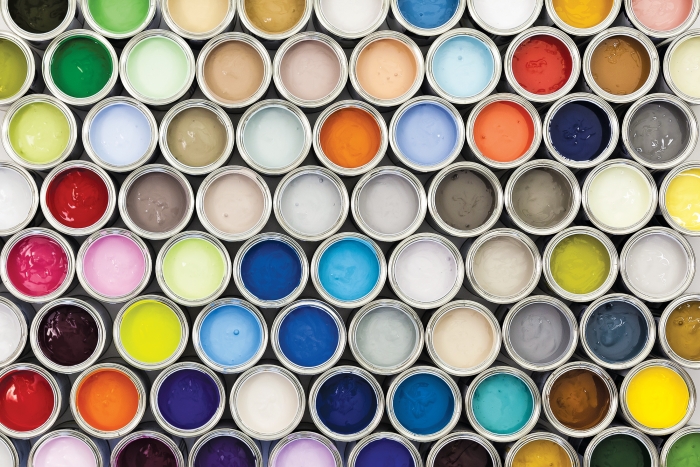 Credit: Shutterstock
U.S. paints and coatings firms are considering whether to move production overseas because of regulatory delays under the revised TSCA.

It’s been six months since Congress made major changes to the Toxic Substances Control Act (TSCA), the law that governs the use of chemicals in industrial and household products in the U.S. One unanticipated outcome of the overhaul is a backlog of new chemicals waiting to be reviewed by the Environmental Protection Agency.

The changes made to TSCA went into effect immediately in June 2016, giving EPA no time to transition.

Chemical manufacturers are up in arms about the delays, claiming EPA’s slowness is impeding their innovation. Firms in some sectors, for example paints and coatings, are threatening to move overseas because of increased U.S. regulatory burdens from the updated law.

At issue is EPA’s handling of new chemicals under the revised TSCA. The law requires EPA to determine that a new chemical is unlikely to pose a risk to human health and the environment before it enters the marketplace. Under the old statute, EPA did not have to make such a determination.

NEW CHEMICAL MANAGEMENT IN THE U.S. BY THE NUMBERS

chemicals were in U.S. commerce when TSCA was enacted in 1976

chemicals have entered U.S. commerce since 1976

new chemicals are reviewed each year by EPA

new chemicals are cleared for marketing each year by EPA

new chemicals were under review by EPA when the revised TSCA was enacted on June 22, 2016

new chemical applications have been received by EPA since June 22, 2016

new chemicals have been allowed to enter the market by EPA since June 22, 2016

The new law also gives EPA authority to request additional toxicity data from manufacturers if the agency determines that it has insufficient information to assess whether a new chemical poses a risk to human health or the environment.

Chemical manufacturers and their major trade association, the American Chemistry Council (ACC), supported the changes to TSCA when the law was enacted in June 2016. Now, they are questioning the need to provide EPA with additional toxicity data. They claim EPA’s implementation of the new law is bogging down the process for getting new chemicals into commerce.

When the revised TSCA was signed into law, the agency was in the process of reviewing 308 new chemicals, according to Jeff Morris, acting director of EPA’s Office of Pollution Prevention & Toxics.

Since then, EPA has only allowed 33 of them to enter the U.S. market. The remainder are still under review. For many of the chemicals, the agency has requested more information from manufacturers. EPA has received about 200 additional new chemical submissions since the new TSCA was enacted, Morris said.

Some say the delay in part traces back to a contentious provision in the new law that allows regulators to consider all “reasonably foreseen” uses of a chemical when estimating its exposure. Representatives of chemical manufacturers say EPA is considering too many hypothetical uses for chemicals that may never occur.

Meanwhile, many environmental and public health advocates contend that the agency is on the right track. They support EPA’s thorough review of the safety of new chemicals and predict that the current backlog of new chemicals awaiting agency review is temporary. They also argue that the changes made to TSCA went into effect immediately when the law was enacted last June, giving the agency no time to transition to a new process.

To help resolve some of the delays, EPA is seeking input from stakeholders on how to implement the new law more efficiently. The agency heard opposing views on the issue from the chemical industry and environmental groups at a public meeting on Dec. 14, 2016, in Washington, D.C.

“We believe that much of EPA’s approach today is creating a backlog and time delays in bringing new chemistries to market,” said Karyn M. Schmidt, ACC senior director of chemical regulation. “We are seeing that effect now,” she noted, adding that the situation “is becoming more serious with time.”

Jim Cooper, senior petrochemical adviser at the American Fuel & Petrochemical Manufacturers, urged EPA not to venture too far into the hypothetical when it conducts its exposure assessments for new substances. “What-ifs can go too far,” Cooper said.

Several representatives of the chemical industry suggested that EPA go back to the way it reviewed new substances under the 1976 TSCA, saying that the old system worked well. They emphasized that lawmakers expected the rewritten law would continue to get new chemicals reviewed for commercialization within 90 days.

But Sen. Tom Udall (D-N.M.), who was instrumental in getting TSCA reform through the Senate, countered that argument.

“Prior to our reforms, I had almost no confidence that new chemicals were getting robust serious review by EPA,” he said in a statement. “The requirements set out for new chemicals in the original TSCA did not do enough to ensure public health and safety,” Udall stressed.

“The reforms we implemented and the principles behind them therefore were central to me. I would not have supported compromises in the package without them.”

Environmental and public health advocates urged EPA to continue down its current path, despite growing pressure from industry to speed up the process. They argued that EPA is required under the new TSCA to support its findings with data, and that information takes time to generate and review.

“EPA must make a case that risk is low and publish an analysis supporting its determination,” said Robert M. Sussman, counsel for Safer Chemicals, Healthy Families, a coalition of advocacy organizations. Sussman served as a senior adviser at EPA early in the Obama Administration.

The revised TSCA requires the agency to “review and manage for safety every new chemical prior to market entry,” said Jennifer McPartland, a health scientist at the Environmental Defense Fund, an environmental group. The absence of such a mandate was “a signature failure of the old law,” she said. The process for approving new chemicals under the old law not only put “human health and the environment at risk, but also significantly contributed to the erosion of marketplace and public confidence in the chemical sector.”

Advocacy groups also cautioned EPA to refrain from requiring more animal testing of chemicals. Animal welfare organizations encouraged the agency to allow the use of high-throughput in vitro assays and computational modeling to predict toxicity as much as possible. Such predictive powers could go a long way, they argued, toward restoring public confidence in the safety of chemicals in the marketplace.

Comments
Robert Buntrock (January 10, 2017 3:32 PM)
As pointed out previously, not all of the chemicals on the TSCA list, both before and after 1976, are or were actually in commerce but many were placed on the list in case they were ever used commercially. Many are also natural products, are chemicals of potential use and still being investigated, or are reagents for other chemicals and materials. I have yet to do a search on STN to determine to some extent how many compounds are actually "new" and actually in commerce.
Reply »