Spider venom: An insecticide whose time has come? 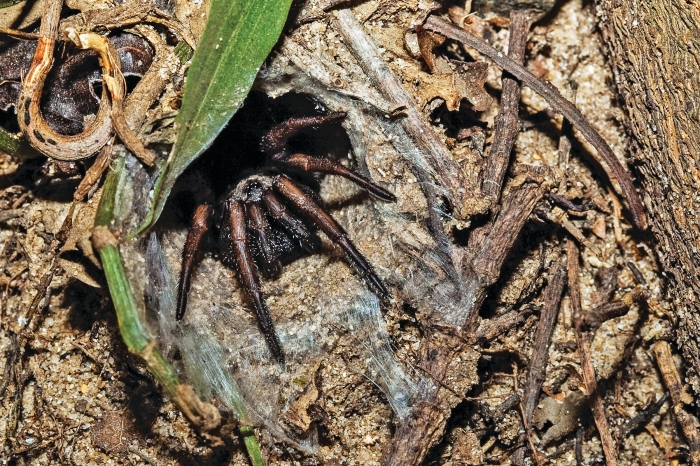 When it comes to solving difficult insect problems, it helps to consult an expert. For example, you could ask Hadronyche versuta, the Blue Mountains funnel-web spider. It has a few tried-and-true tools for killing: a funnel-shaped web to hide in, really large fangs, and a venom laced with the powerful insecticide versutoxin.

“It has a well-earned, fearsome reputation,” says John Sorenson, chief executive officer of the biobased pesticide firm Vestaron. Like seemingly all things super venomous, the spider comes from Australia—specifically, the coastal range of New South Wales. 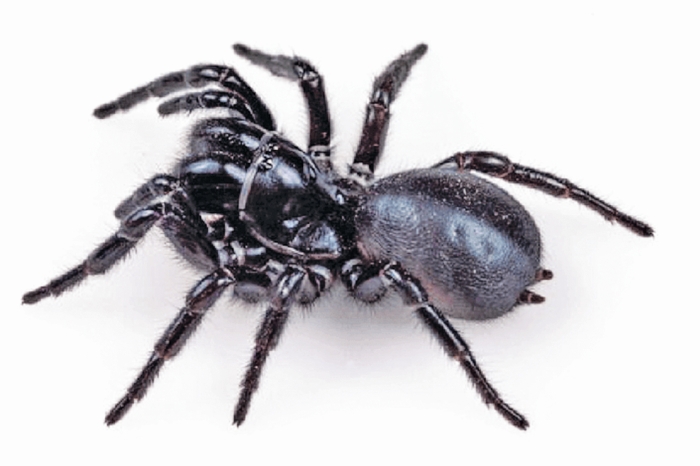 A farmer or gardener could travel to eastern Australia, gather up some Hadronyche, and milk them to obtain their insect-killing venom. But that’s not very practical. So for years scientists have been working out how to make a pesticide based on, or inspired by, the spider’s powerful weapon.

After successful registration with the Environmental Protection Agency in 2014, Vestaron is about to introduce its first product, which is based on a peptide in versutoxin. The insecticide, called Spear T, is effective against thrips, whiteflies, and spider mites in greenhouse settings. “Those three are the trifecta—the FBI most wanted—of greenhouse pests,” Sorenson says.

Getting to launch has not been easy or quick. Vestaron was founded in 2001 with the more ominous-sounding name Venomix. That was before the time when pesticides based on biological, rather than synthetic, compounds were considered sexy.

Since then, major agrochemical companies have invested in biopesticides and acquired biobased chemical firms with the hope of providing more options to farmers. The marquee deal was Bayer’s 2012 acquisition of AgraQuest for $425 million.

But even after a few decades of trying, convincing growers to adopt new pest control methods for their high-value fruit and vegetable crops is challenging. Early entrants were pricey and gave inconsistent results. To succeed, Vestaron will have to build a track record of efficacy, compete on price, and get visibility for its product in a marketplace crowded with bigger players.

“It’s actually easier to develop a product than establish it on the market,” warns Duane Ewing, an agricultural products consultant who was one of the cofounders of AgraQuest. “This is not for the fainthearted.”

In 2016, the North American biopesticide market was worth $1.2 billion, only about 8% of total pesticide sales, according to Arun Ramesh, an analyst at the market research firm Frost & Sullivan. Bioinsecticides claimed 30% of that slice. Although biopesticide sales in general are growing by 11.5% annually, he says, bioinsecticides are stuck at 2% growth because of lingering farmer skepticism about their efficacy.

Even among biopesticides, Spear T is unusual. Most are used to kill fungal diseases, not insects. That’s not surprising, because until now biopesticides have all come from soil bacteria, and bacterial chemical defenses are designed mainly to combat other microbes. Even the most famous biological insect killer, Bacillus thuringiensis, or Bt, is a protein made by a microbe.

And spider venom presented a web of challenges, Sorenson says. When scientists first attempted to identify and characterize venom peptides, they didn’t have the necessary molecular biology tools. When that problem was solved, no one knew how to manufacture the peptides. And the peptides—large molecules the size of insulin—did not look like they would be bioavailable, except via spider bite.

Vestaron’s active ingredient came out of research by Glenn King, a professor of chemistry and structural biology at the University of Queensland. King found a variety of disulfide-rich peptides in venom. Some are used for defense against other spiders or mammals, and others are tuned to kill insect prey. All of them work by disrupting ion channels of the victim’s nervous system.

“The genius of Glenn’s work is that he looked at the minor components that had broad insecticidal activity but not mammalian activity,” Sorenson says. The peptide at the heart of Spear T is called GS-omega/kappa-Hxtx-Hv1a.

As an active ingredient, the peptide did not look very promising at first; its structure violated most of the rules said to define a good insecticide. It has a large molecular weight, is hydrophilic, and has many hydrogen donors. But surprisingly, tests showed that it kills some insects on contact. 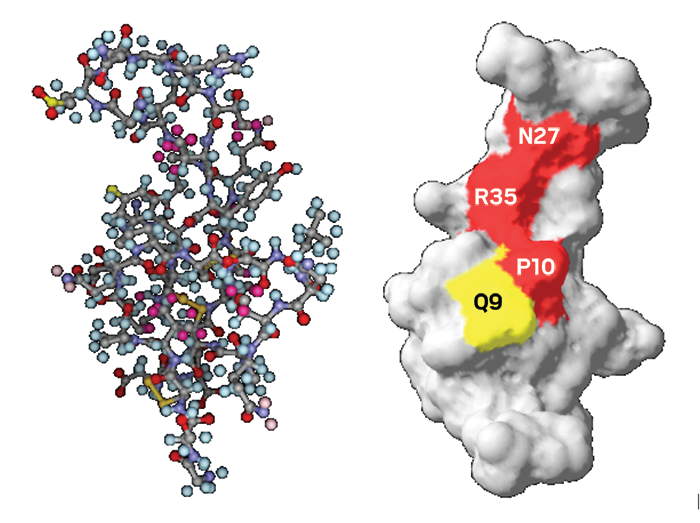 The peptide blocks two ion channels in the insect nervous system—a voltage-gated calcium channel and a calcium-activated potassium channel. Both modes of action differ from the way Bt toxin and many other pesticides work. That means growers can use the peptide with other products to prevent the emergence of resistant insects. “It’s a magnificent partner for rotation with other agricultural chemicals,” Sorenson claims.

Vestaron scientists inserted the gene responsible for producing the peptide into yeast so it can be manufactured in large quantities via sugar fermentation. Last August, the company contracted Capua Bioservices to make its products in Italy.

Also in August, Vestaron’s venture investors put an additional $18 million into the company. With the help of the funding, it is gearing up for distribution of Spear T and finalizing two follow-on products for release later this year and in 2018. The new versions will be combined with Bt to control caterpillars and the Colorado potato beetle.

Sorenson says the first Vestaron products will be price-competitive with “top-tier synthetic chemicals.” But they can also play a different role than most synthetics because of their low toxicity to nonpest species, he says. After application, farm or greenhouse workers need wait only four hours rather than days to resume working. And Spear products can be applied right up until harvest.

Ewing, the consultant, sees more growth ahead for biological insect control. Even agchem companies wedded to synthetics are introducing products that mimic biological compounds to decrease damage to mammals and beneficial insects. “They’re not like parathion where you spray and kill everything for 30 days,” he says.

Vestaron, meanwhile, is screening synthetic mimics that share the insecticidal and toxicity characteristics of spider venom peptides. And it hopes to grow its market by inserting venom peptide genes into corn, cotton, and soybeans.

But for now, Sorenson is pleased to introduce a product he calls extraordinary. “It’s the first peptide product of this kind ever to be commercialized,” he says.

Biotechnology
Tomohiro Fujita wants to help Japan reach its potential in biotechnology
Biotechnology
Artiva launches for natural killer cell therapy
Toxicology
US EPA charts path to reduce animal testing
Share X
To send an e-mail to multiple recipients, separate e-mail addresses with a comma, semicolon, or both.
Title: Spider venom: An insecticide whose time has come?
Author: Melody M. Bomgardner
Chemical & Engineering News will not share your email address with any other person or company.