Germany’s Wacker taps on the brakes 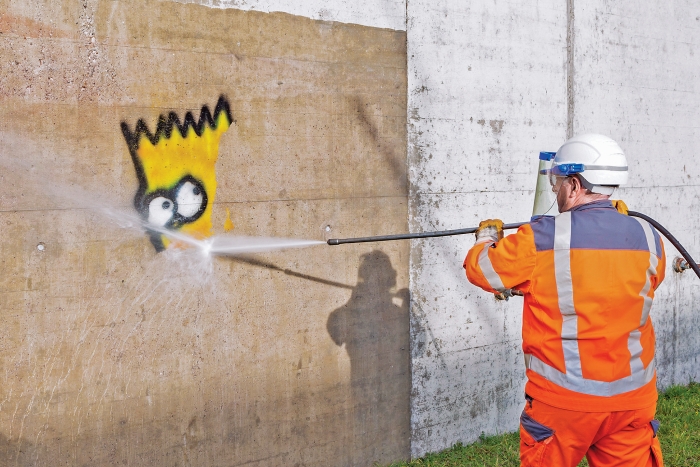 Wacker Chemie has been maxing out the credit card, spending money to build risky assets. The German specialty chemical firm spent $2.5 billion—its largest investment ever—constructing a polysilicon plant in Tennessee that it opened in 2016. All well and good if the markets were buoyant, but polysilicon prices were about $70 per kg when Wacker started building the plant in 2011. Thanks to an oversupplied market, they are less than $20 per kg today.

Wacker at a glance

Dow Corning also decided to build a major polysilicon plant in Tennessee. Unlike Wacker, though, Dow Corning abandoned its finished but unopened facility in late 2014, swallowing a loss of $1.6 billion.

Although Wacker claims it will still make money from its Tennessee plant—and gain in all its businesses from its new U.S. infrastructure—the firm has put the brakes on major new projects until at least 2020.

Rather, Rudolf Staudigl, Wacker’s president and chief executive officer, has promised a new, more conservative era of smaller projects for downstream chemicals. Typical will be the customer-facing technology development centers the firm is building for just a few million dollars each.

“The company has entered a new strategic phase,” Staudigl said at a recent briefing for journalists at the firm’s headquarters in Munich. The shift away from megaprojects comes at a time of mounting turbulence in global chemical markets. Raw material cost inflation has become an issue for Wacker, and rising energy costs in Germany “are a serious problem,” Staudigl said. He flagged the upsurge in protectionism around the world as “a very worrying challenge to free trade.”

The firm is already backing away from big capital expenditures. Spending fell to $450 million in 2016 from $878 million in 2015, Staudigl said. To further ease its cash situation, Wacker sold another chunk of its holding in Siltronic, a publicly traded producer of silicon wafers for semiconductors that was once wholly owned by Wacker. The sale raised $376 million, giving Wacker additional financial breathing room.

While some of the money will fund modest capacity expansions, it will also enable Wacker to bolster R&D activities. R&D expenditure is set to increase an as-yet-undetermined amount in 2017 from $193 million in 2016, Staudigl said. The trend was already upward in 2016, when 300 R&D projects were under way compared with about 250 in previous years, Auguste Willems, Wacker’s board member responsible for R&D, said at the Munich briefing.

The R&D projects target a wide variety of markets, including energy harvesting, electric mobility, construction, health care, cosmetics, food, and biotech, Willems said. The firm is especially keen to expand its product development footprint in countries where it is experiencing strong sales growth.

As part of this strategy, Wacker recently opened technology development centers in Tsukuba, Japan, and Singapore. The firm has 22 such technology centers positioned within business units, as well as a central R&D facility and a special projects unit.

The firm will raise the number of technology centers to 23 in the coming months with the introduction of one in Ann Arbor, Mich., for silicone products. “The amount we are investing in these centers is just a few million, but it is a very important step for us. We aim to get closer to our customers,” says Wacker board member Tobias Ohler.

When it comes to basic research, the company claims its pipeline is also strengthening. Staudigl pointed, for example, to Wacker’s development of silicone materials it calls intelligent films, which create electric signals through mechanical deformation. There is potential to use the films in sensors that could, for instance, be used to generate fitness data.

“We have lots of small projects going on and lots of large companies looking at these,” Willems said.

The challenge is that silicon metal anodes swell when they take up charged ions, Willems said. Wacker’s scientists are developing polymers that could enable the metal to expand without deforming.

“A pure silicon metal anode is too radical, so we mix it with carbon. Nanoscale materials are involved,” Willems said. “There are all kinds of problems but lots of solutions.” Battery firms that Wacker has partnered with on the project have already successfully tested the new anode material over many charge and discharge cycles, Willems said. 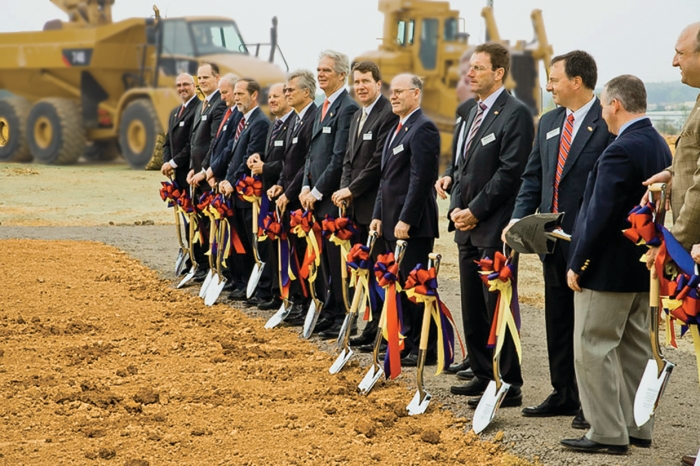 Credit: Wacker
When Wacker broke ground on its Tennessee polysilicon plant in 2011, polysilicon sold for about $70 per kg. The material goes for less than $20 per kg today.

Among Wacker’s latest technologies are silicone-based ingredients for clear coatings that prevent graffiti paint from adhering to concrete. The system includes a silane cross-linker and a silane adhesion promoter that also functions as a catalyst for the cross-linking reaction. Coatings made with the system are so effective that even acrylic car paints can be wiped away using nothing more than a bucket of water and a cloth, the company says.

The firm also recently unveiled a silicone fluid-based defoaming agent for hand-wash laundry detergents, which are still used by half the world’s population. By reducing detergent foaming with a silicone in concentrations as little as 10 ppm, the washing process is accelerated and the user has to rinse only once, not twice, saving up to 20 L of water per wash, Wacker says.

Between such new products and steady cash generation from existing products, Wacker’s profits will increase to about $340 million in 2019 from $199 million in 2016, forecast analysts at the German investment bank Berenberg.

But Berenberg is also full of warnings for Wacker, including concerns about the polysilicon market and the specter of a sharp rise in raw material costs that could squeeze profit margins. Wacker may have switched to a less-risky tack, but it still faces a plethora of uncertainties.