‘Poop’ chemicals trigger a memory; Boaty has her maiden voyage 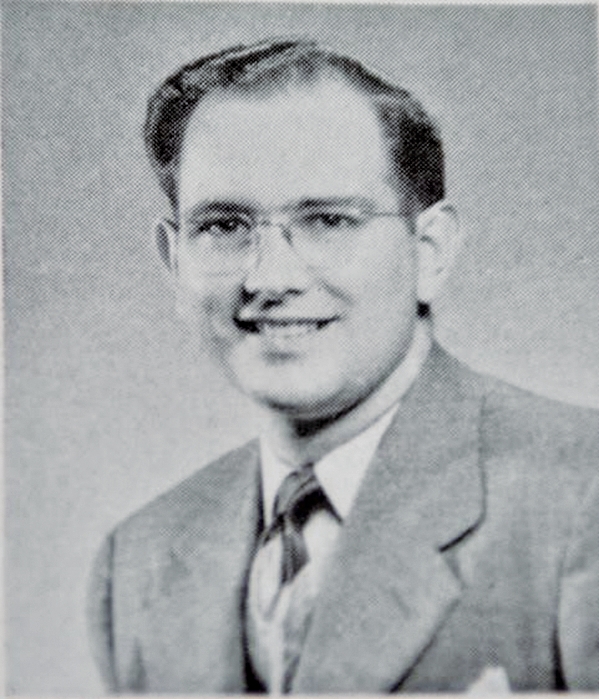 Newscripts’ Jan. 2 filing on ‘poop’ chemicals featuring four of the smelliest compounds known to the human nose—indole, p-cresol, dimethyl trisulfide, and butyric acid—brought back memories for two chemists who did their own hands-on research to create the worst smell. 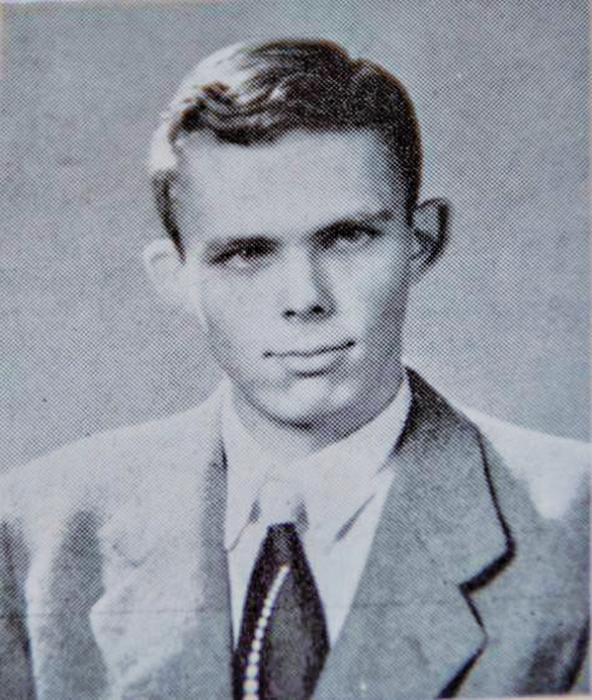 While studying in 1944 at Indiana’s Manchester College—now Manchester University—Wilson B. Lutz and fellow chemistry student Ernest G. Barr read that one of the most malodorous known chemicals was 3-methylindole, called skatole. Their interest piqued, the young chemists set about making some authentic skatole. “We used the resources of the college chemistry laboratory during a Thanksgiving vacation,” Lutz says. 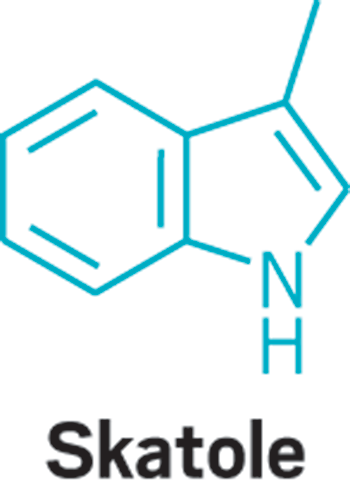 The young chemists reacted phenyl hydrazine with propionaldehyde to give the corresponding phenylhydrazone. “Treating the latter with anhydrous zinc chloride afforded a good yield of skatole,” Lutz says.

In working with this material, Lutz and Barr found that skatole certainly merited being called a poop chemical. “So did many of our schoolmates. When we went back to our living quarters, the reception was decidedly unfriendly,” Lutz says. The stench had fixed itself to them.

To keep the skatole scent at bay, the chemists were temporarily locked out of their accommodation. A message on the door demanded that the two chemists get properly cleaned up and deodorized before they would be allowed back in. A roommate was especially irked when skatole vapors emanated from his violin strings. “For two aspiring chemists, however, it was all great fun,” Lutz says.

Lutz returned to Manchester in 1962 as a member of the science faculty and went on to teach chemistry and geology there for 30 years. The Newscripts gang has done some further sniffing around and understands that any stories about Lutz being locked out of the staff room by irritated faculty are only hearsay.

When it comes to sniffing out odorless gases, one option is to swap Lutz and Barr for Boaty McBoatface, one of a new generation of intelligent, unmanned and untethered submarines designed to identify gases such as carbon dioxide emanating from the ocean floor. 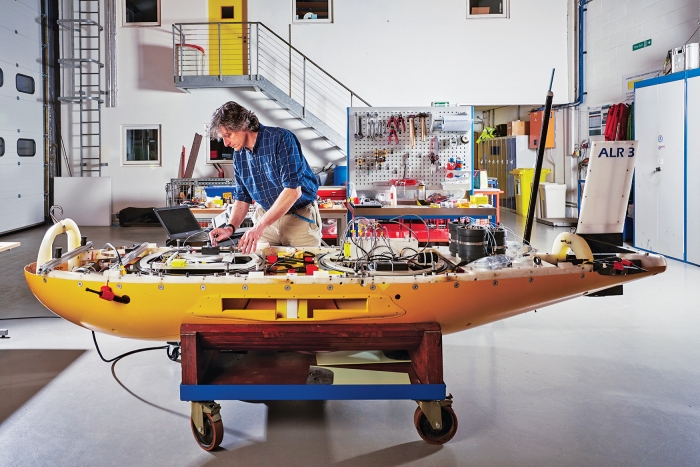 Credit: NOC
With a name like that, she’ll go far: An engineer prepares Boaty McBoatface for deep-sea science missions.

The British supersub, which acquired its silly name in a public vote, has a serious role. It detects whether undersea reservoirs that store gas captured from fossil-fuel-burning plants are sealed or leaking.

Boaty, a 3.6-meter-long bright yellow autonomous sub, can sense the environment around it and adjust its trajectory in real time as it monitors the environment close to the ocean floor.

In the coming months, Boaty will be fitted with acoustic and chemical sensors and sent to the bottom of the North Sea off the U.K. coast so oceanographers can see if it can accurately identify the presence of CO2 rising from the seabed.

The U.K.’s National Oceanography Centre (NOC), which is running the test project, named STEMM-CCS, will undertake a controlled release of CO2 at 5 meters maximum below the seabed.

The project is crucial for ensuring compliance with the European Union’s legislation on carbon capture and storage and for promoting confidence in CO2 storage as a viable technology for reducing anthropogenic release of CO2 into the atmosphere, NOC says. STEMM-CCS will be the first such project of its kind.

Boaty is already en route to its first mission to collect water temperature and flow data 3 to 4 km below the surface of the Southern Ocean’s Weddell Sea. A future aim for the sub is to attempt the first-ever crossing of the Arctic Ocean under ice, a major technical challenge with the potential to drastically change how scientists observe waters in this region.

Yes, it has a silly name, but with such potential for groundbreaking science, Boaty McBoatface is a sub not to be sniffed at.

Education
New international students cannot enter US for online-only programs
Education
Chemistry-style fun and games
Undergraduate Education
Block plan compresses one class into a few weeks for deeper learning
Share X
To send an e-mail to multiple recipients, separate e-mail addresses with a comma, semicolon, or both.
Title: ‘Poop’ chemicals trigger a memory; Boaty has her maiden voyage
Author: Alex Scott
Chemical & Engineering News will not share your email address with any other person or company.