Revisiting what went wrong in the clinical trial tragedy in France 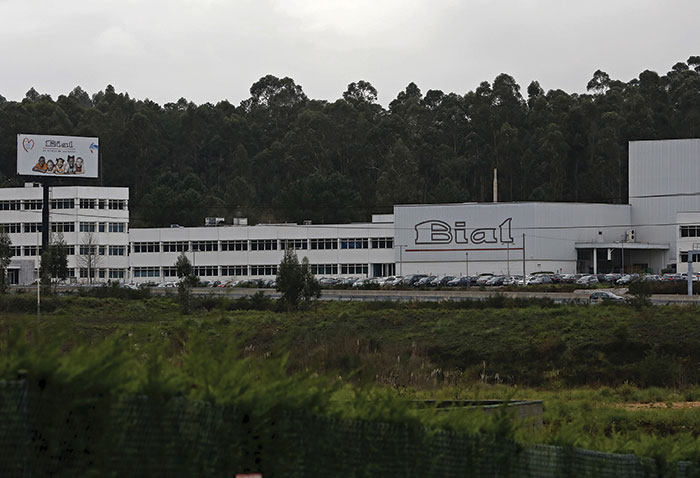 In January 2016, one clinical trial volunteer in France died, four others were hospitalized, and two of those went on to have long-term neurological damage. The tragedy caused widespread distress that has lingered among the public, regulators, and drug developers alike.

Attempting to provide answers to what went wrong, a study published in Science now reports that the drug candidate responsible for the tragedy, BIA 10-2474, covalently binds several enzymes in addition to the fatty acid amide hydrolase (FAAH) it was designed to block (2017, DOI: 10.1126/science.aaf7497). 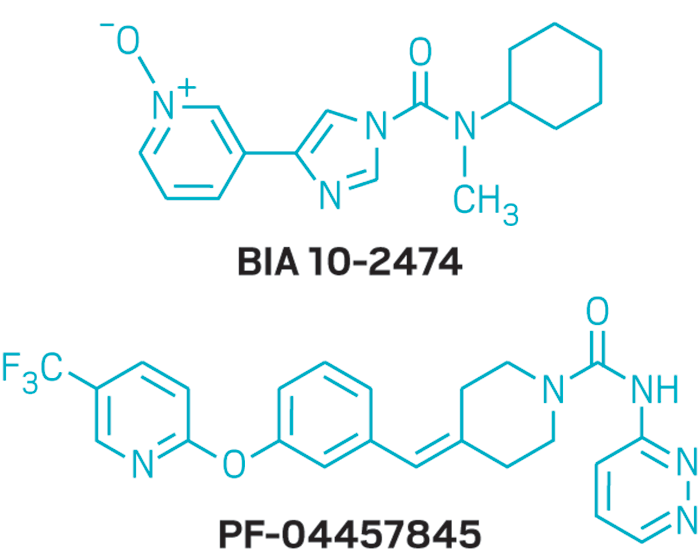 The new work backs up a report issued by the French National Agency for the Safety of Medicines & Health Products (ANSM) in April 2016 that blamed the tragedy on off-target effects of the putative drug from Portugal-based pharmaceutical company Bial. The report also highlighted other problematic issues, such as the compound’s dose escalation during the clinical trial, which was run by the French company Biotrial.

The new Science paper takes investigation into the tragedy a step further by reporting that many of BIA 10-2474’s off-target interactions are with enzymes that cleave lipids, “raising the possibility that disruption of cellular lipid networks may have contributed to the compound’s neurotoxicity.” In particular, the study found that one of BIA 10-2474’s off-target interactions is with an enzyme called PNPLA6, a protein target for “neurodegeneration induced by organophosphorus compounds and chemical warfare agents,” according to the National Center for Biotechnology Information gene database.

Over the past decade, drug developers have touted FAAH and other enzymes that break down mood-altering endocannabinoids as promising drug targets for combatting pain, anxiety, and many other indications. Other FAAH inhibitors that had already been tested in humans appeared to be safe, says Mario van der Stelt of Leiden University, who, along with Benjamin Cravatt of Scripps Research Institute California and Steven A. Kushner of Erasmus University Medical Center, led the international team that published the new study. For example, Pfizer’s drug candidate PF-04457845 made it through Phase II clinical trials. The compound was eventually dropped, not because of its safety profile, van der Stelt says, but for its poor efficacy.

After the clinical trial catastrophe, “we wanted to know what happened on the molecular level,” van der Stelt adds. “We thought it was important for the field to know whether inhibition of FAAH was the cause of these deleterious effects or whether it was indeed, as the French authorities suggested, off-target effects of this compound.”

Van der Stelt and the team used a proteomic profiling method to test BIA 10-2474 and PF-04457845 for their ability to covalently bind serine hydrolases, a family of more than 100 enzymes found in humans that includes FAAH. BIA 10-2474 interacted with five serine hydrolases other than FAAH, whereas PF-04457845 interacted with only one, FAAH2, a previously known off-target interaction.

A spokesperson for Bial, the firm that developed BIA 10-2474, tells C&EN that the company has been carrying out its own studies, which “we will be publishing very soon. Generally, our results are aligned with many of the findings of [the new paper].” In particular, company scientists are investigating interactions between BIA 10-2474 and ABHD6, the rep says, a lipid hydrolase also reported in the Science study.

The paper helps vindicate FAAH inhibitors as a viable drug class, comments Northeastern University’s Alexandros Makriyannis, who has been working in the area for decades. “It’s no smoking gun,” he adds. The study’s authors agree, noting that “although our data provide information about the selectivity of BIA 10-2474, they do not allow us to conclude that inhibition of one or more of the identified off-target proteins is responsible for the clinical neurotoxicity.”

For one thing, the researchers focused on covalent interactions with serine hydrolase enzymes. Off-target interactions with other enzyme classes might have instead played a role in the compound’s neurotoxicity, comments Christopher Fowler, who studies FAAH inhibitors at Umeå University.

Daniele Piomelli at the University of California, Irvine, a pioneer in the FAAH field, notes that the Science paper adds more evidence that BIA 10-2474 should have never been tested on humans.

“That clinical trial was devastating for all of us who work on FAAH. At the outset we didn’t know if FAAH was to blame or whether BIA 10-2474 was just a bad compound,” Piomelli says. Later, Piomelli was given access to the trial’s clinical data and became a consultant for ANSM’s scientific investigation. After analyzing the data, Piomelli says, it was clear “the company had made a fundamental blunder with BIA 10-2474 and that FAAH was not to blame. I went from flustered to frustrated. It’s one thing if we had found a bad target. Instead, we had found a good target and others were messing with it.”

Biochemistry
How uromodulin protein prevents urinary tract infections
Gene Editing
New type of base editor works on mitochondrial DNA
Biotechnology
Tomohiro Fujita wants to help Japan reach its potential in biotechnology
Share X
To send an e-mail to multiple recipients, separate e-mail addresses with a comma, semicolon, or both.
Title: Revisiting what went wrong in the clinical trial tragedy in France
Author: Sarah Everts
Chemical & Engineering News will not share your email address with any other person or company.